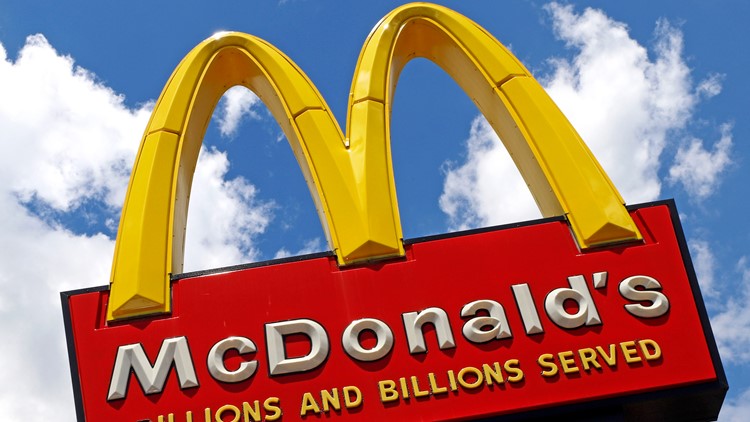 Photo by: AP
In this June 25, 2019, file photo a sign is displayed outside a McDonald's restaurant in Pittsburgh. McDonald’s is introducing a new training program for its U.S. employees after dozens of workers complained about sexual harassment. The Chicago-based company said Wednesday, Aug. 28, that its franchisees have committed to provide the training to 850,000 employees.

Want a job at McDonald's? Just ask your smartphone.

If users say, "Alexa, help me get a job at McDonald's," Alexa will ask which country they want to work in and play McDonald's catchy "I'm lovin' it" jingle. After that, users can share their phone number and get a link to continue the application process. Alexa also shares some facts about working for the company, such as how it can lead to jobs in other fields.

RELATED: How to stop human review of your Alexa recordings

The function is available in the U.S., Canada, Australia, France, Germany, Ireland, Italy, Spain and the United Kingdom. McDonald's is also exploring adding the feature in other markets. It's not yet available through Apple's Siri.

The move is an unusual one. While some job recruitment companies have built voice-recognition systems on Google and Amazon's platforms, but both companies say McDonald's is the first direct employer to use its platform in this way. McDonald's developed the technology itself.

For McDonald's, voice-initiated hiring is a way to stand out in a tight job market. The U.S. unemployment rate of 3.7% is near a 50-year low. Unemployment is also below 4% in the U.K. and Germany.

McDonald's employs 2 million people at 38,000 restaurants worldwide, and its needs are constantly changing based on turnover and seasonal demands. Over the summer, the Chicago-based company said it was hiring 250,000 people in the U.S. alone. McDonald's is currently seeking 338 part-time crew workers in the New York area and 414 in Toronto, according to company hiring sites.

Applications by voice — dubbed McDonald's Apply Thru — are also part of a broader effort to use technology to streamline every part of the restaurant, said David Fairhurst, McDonald's executive vice president and chief people officer. For customers, that means digital ordering kiosks and mobile ordering; for employees, it means online scheduling and virtual reality games to train store managers.