The lawsuit alleges the girl’s constitutional rights were violated as well as racial discrimination and intentional infliction of emotional distress. 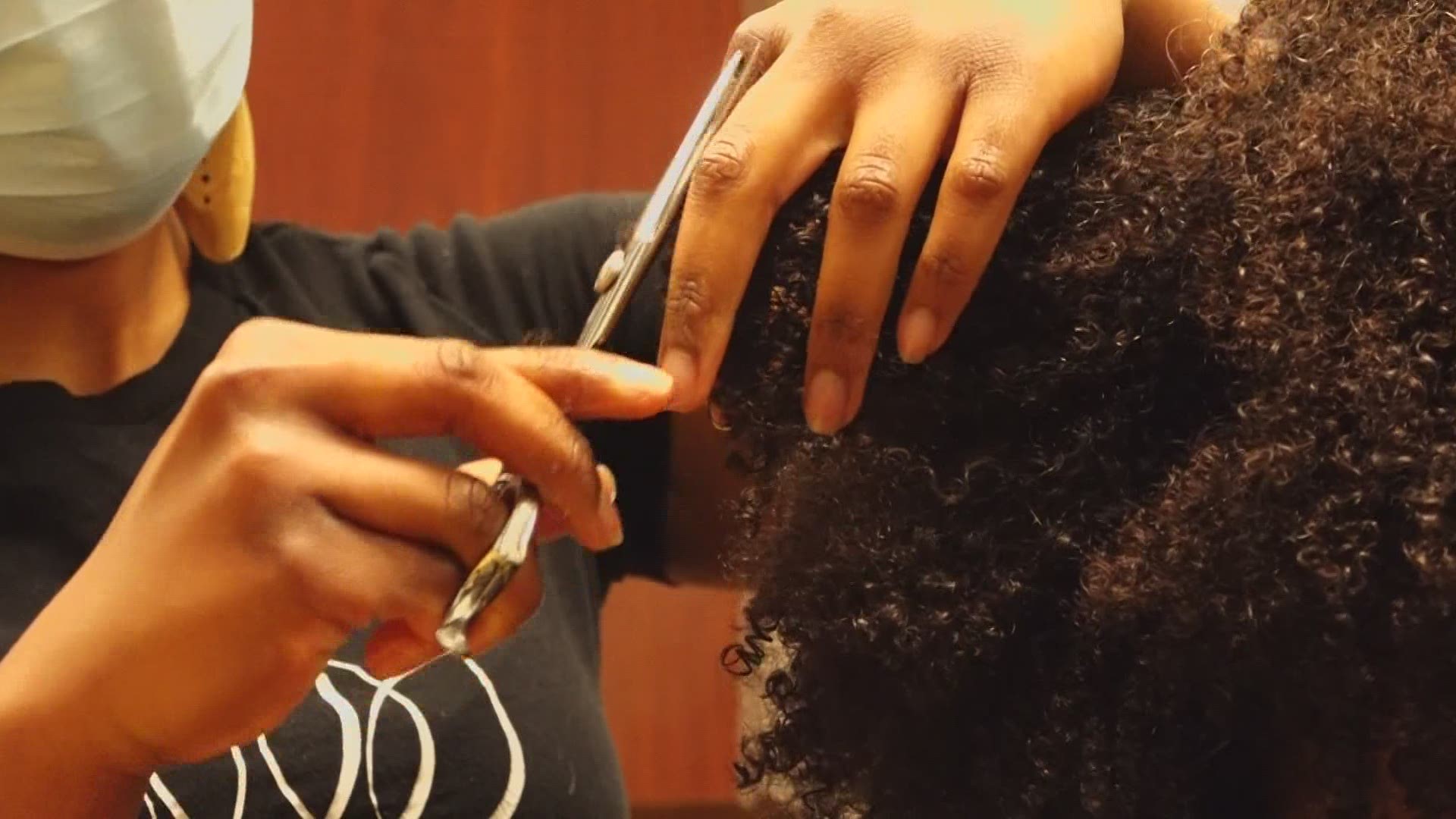 The father of a 7-year-old Michigan girl whose hair was cut by a teacher without her parents’ permission has filed a $1 million lawsuit against the school district, a librarian and a teacher's assistant.

Jimmy Hoffmeyer, who is Black and white, said that in March his daughter arrived home from Ganiard Elementary with much of the hair on one side of her head cut. Jurnee said a classmate used scissors to cut her hair on a school bus, Hoffmeyer told The Associated Press in April.

Two days after the bus incident — and after complaining to the principal and having Jurnee’s hair styled at a salon with an asymmetrical cut to make the differing lengths less obvious — Jurnee arrived home with the hair on the other side cut.

“I asked what happened and said ‘I thought I told you no child should ever cut your hair,’” Hoffmeyer said at the time. “She said ‘but dad, it was the teacher.’ The teacher cut her hair to even it out.”

Credit: AP
This undated photo provided by Jimmy Hoffmeyer shows his daughter Jurnee Hoffmeyer, 7, after a classmate and a teacher cut her hair on separate occasions. (Jimmy Hoffmeyer via AP)

Jurnee's mother is white. Hoffmeyer said the girl who cut Jurnee’s hair and the teacher who cut it are white.

The district “failed to properly train, monitor, direct, discipline, and supervise their employees, and knew or should have known that the employees would engage in the complained of behavior given the improper training, customs, procedures, and policies, and the lack of discipline that existed for employees,” according to the lawsuit.

In July, the Mount Pleasant Public Schools Board of Education said the staffer who cut Jurnee’s hair was reprimanded and an independent third-party investigation determined that despite “good intentions” of the worker who cut the girl’s hair, doing so without permission from her parents and without the knowledge of district administrators violated school policy.

Two other employees were aware of the incident but didn’t report it. All three employees have apologized, the board said.

The school board said the independent investigation found no racial bias and included interviews with district personnel, students and families and a review of video and photos, including posts on social media. District administrators also performed an internal review of the incident.

But Hoffmeyer said the district never questioned him or Jurnee. She now attends another school.

Amy Bond, Mount Pleasant Public Schools Board of Education president, said Thursday that the district has not received the complaint.

“We are confident that the facts will prevail given our district’s appropriate and aggressive response to the incident and the findings of the third-party investigation that was conducted,” Bond said in a statement. “We will aggressively defend against these baseless allegations in court and will not allow this to distract us from our mission to provide every child a world-class education that prepares them for college and careers.”

The district is located about 150 miles (241 kilometers) northwest of Detroit. About 4% of Mount Pleasant’s 25,000 residents are Black, according to the U.S. Census.