Sunday at Augusta National could be a wild one. 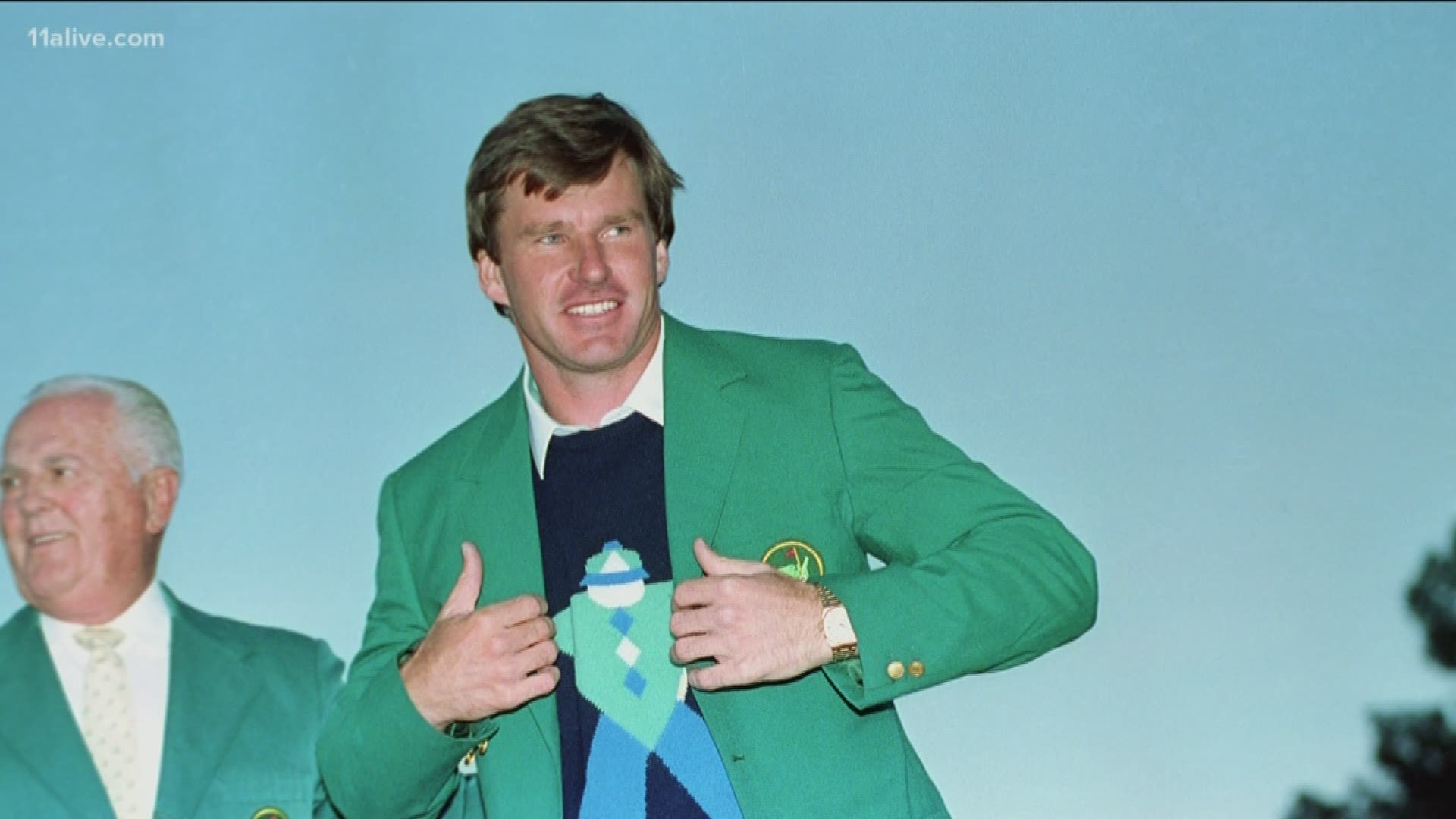 AUGUSTA, Ga. — Record scores on the white boards at Augusta National. Ground-shaking roars for Tiger Woods along the back nine.

Francesco Molinari blocked out the buzz on a delirious day of nine players sharing space atop the leaderboard Saturday. He emerged with another rock-solid round that looked spectacular only on his scorecard.

Molinari ran off four straight birdies on the back nine for a 6-under 66 that kept Woods and everyone else at a short arm's length going into a Sunday unlike any other at the Masters — an early start because of storms forecast for Sunday afternoon, with threesomes going off the first and 10th tees. The leaders were to tee off at 9:20 a.m.

That puts Woods in the final group at the Masters for the first time in 12 years, two shots behind.

Molinari played with Woods on the final day at Carnoustie last summer and outplayed the 14-time major champion amid a crowded leaderboard to win the British Open.

Credit: AP
Francesco Molinari, of Italy, hits from a bunker on the 18th hole during the third round for the Masters golf tournament Saturday, April 13, 2019, in Augusta, Ga. (AP Photo/David J. Phillip)

This is Augusta National, where the gallery that cheered louder with each birdie by Woods made it clear they were aching to see the four-time champion slip a green jacket over a red shirt for the first time since 2005.

"He obviously loves this place, and he's playing great golf," Molinari said. "So I'm aware that it's not going to be easy tomorrow and, like I said, I can just do my best."

Woods has not played in the final group at a major since he gave up a two-shot lead to Y.E. Yang at Hazeltine in the 2009 PGA Championship

Credit: AP
Tiger Woods smiles as he walks off the 18th green during the third round for the Masters golf tournament Saturday, April 13, 2019, in Augusta, Ga. (AP Photo/Chris Carlson)

He got there Saturday with three straight birdies on the front and finished with three birdies over his last six holes for a 67, his best score at the Masters since the final round in 2011.

Joining them will be Tony Finau, playing this year on two good ankles after a self-inflicted injury a year ago . He was part of a history-making Saturday as one of three players to shoot 64.

The Italian doesn't get excited easily, whether he's cradling a claret jug or going 5-0 in the Ryder Cup. His strategy doesn't change in any environment — try to hit the ball squarely, play smart, avoid bogeys. It's working so well that Molinari goes into the final round having gone 43 consecutive holes without a bogey.

"A lot of guys are playing great. I wish I only had to worry about him," Molinari said of Woods.

Another shot behind was Brooks Koepka, who has won three of the last six majors and had a 69 despite four bogeys.

Woods has won all 14 of his majors when he had at least a share of the lead going into the final round. He brings momentum to this major, having contended in the last two.

"It's been a while since I've been in contention here," Woods said. "But then again, the last two majors count for something. I've been in the mix with a chance to win major championships in the last two years, and so that helps."

Molinari knows what kind of atmosphere Woods brings to a major. Woods briefly took the lead at Carnoustie last year, but the Italian never flinched, playing bogey-free to capture his first major.

Augusta National might sound different than a tough links along the North Sea of Scotland.

This is where Woods first captured the attention of the sporting public when he set 20 records in winning the first of his four green jackets. This is the gallery that has longed to see him recapture the past, especially after four back surgeries that only two years ago left him hobbling up the stairs, wondering if he would play again.

Woods looked good as new this week, even for a 43-year-old who hasn't won a major in nearly 11 years.

"I'm just thankful to be able to come back here and play again," Woods said.

He joined the chasing pack on a day when going neutral meant losing ground. The 65 players combined to go 80-under par, at 70.77 the second-lowest scoring average in Masters history.

When he rolled in a 7-foot birdie putt on the par-3 16th, and the massive gallery rose to their feet with yet another ear-splitting roar, Woods became the ninth player who had at least a share of the lead Saturday. Molinari, playing in the final group, kept right on rolling.

"I hit the ball a little less well than yesterday," Molinari said. "But I holed some really good putts at 4 and 5 to save par. I can only be happy about today. It will be an exciting day tomorrow."

No one figures to be as excited as Finau, who turned his ankle celebrating a hole-in-one in the par 3 contest last year. He still managed to tie for 10th in his first Masters.

Credit: AP
Tony Finau hits from a bunker on the second hole during the third round for the Masters golf tournament Saturday, April 13, 2019, in Augusta, Ga. (AP Photo/David J. Phillip)

He nearly holed a 4-iron on the par-5 eighth Saturday on his way to a record-tying 30 on the front nine.

Because of the change in starting times, Finau gets to play alongside Woods — his golfing hero.

"As a kid, I always wanted to compete against him and have the opportunity to ... you know, I've dreamed of playing in the final group with him in a major championship."

Webb Simpson, who also shot 64, joined Ian Poulter (68) at 9-under 207, four shots behind and very much in the picture. The group another shot back included Dustin Johnson, who only made birdies on the par 5s and bogeyed his last hole for a 70.

The crowd favors Woods. The performance over the last year favors Molinari, whose British Open title is among four big tournaments he has won since last year's Masters. Molinari sees it another way.

"The favorite is probably the golf course out there waiting for us," he said.