Authorities believe Christina Dixon and her daughter, Kylee Dixon, are on the Oregon Coast. 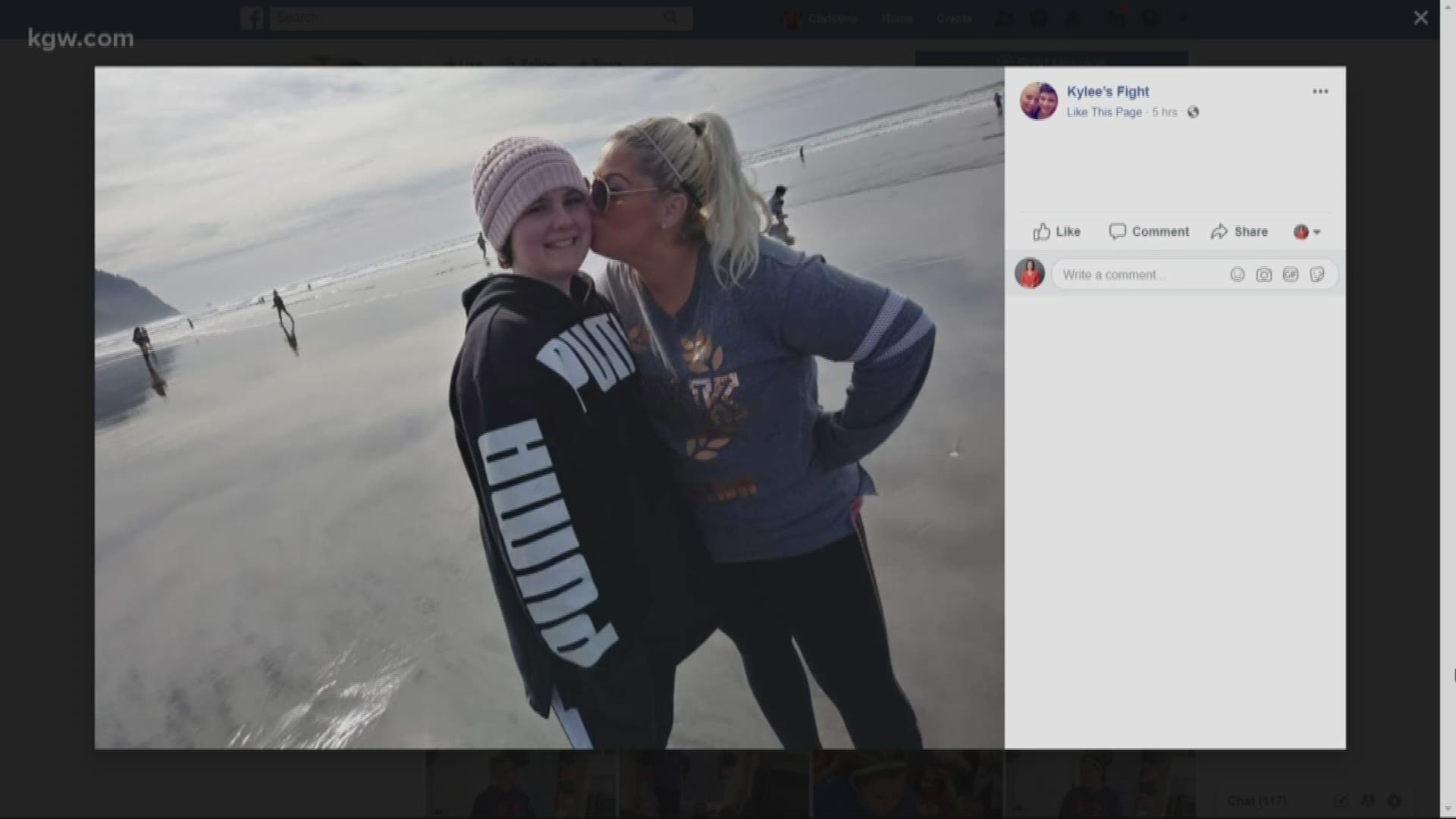 WILSONVILLE, Ore. -- A missing Wilsonville mother and her teenage daughter were found at a hotel in Las Vegas Thursday morning, and the daughter was placed in protective custody, police said.

The daughter, 13-year-old Kylee Dixon, was in need of medication and medical care, according to police. Authorities said the mother, Christina Dixon, had ignored a court order to take Kylee to the Department of Human Services and then fled the state.

Wilsonville police asked the public to help them find the pair, and said Wednesday they believed the two were on the Oregon Coast, possibly in the Newport or Otter Rock areas.

Officers from the LVMPD and other law enforcement agencies in Nevada went to the Long Horn Casino and Hotel shortly before 8 a.m. Thursday and found the mother and daughter. Kylee was taken into protective custody without incident, police said.

Kylee is currently with Child Protective Services in Nevada, and they are working with the Oregon Department of Human Services to get Kylee returned to Oregon.

An investigation into Christina Dixon is underway, and police said when the investigation is complete, findings will be forwarded to the Clackamas County District Attorney's Office for consideration of charges.

A friend of Christina and Kylee told KGW that Kylee has cancer. Christina was using CBD and other holistic treatments to care for her daughter at home when the state intervened.

“Christina never told me that she was planning on doing this,” said Erin Purchase.

Purchase knows the family. Her own daughter struggled with cancer. Since April, Purchase has helped Kylee and her mom connect with different doctors and explore alternative medicine.

“Kylee was inpatient for six months and the chemotherapy did not help her. She didn't see tumor regression. She was very sick,” Purchase said.

It was only when Christina began to believe the chemotherapy wasn’t working that she turned to alternatives, Purchase said. Christina gave her daughter CBD. She also connected with a naturopathic physician. Purchase said Kylee's tumor shrank.

"Instantly she just started getting better so her mom and Kylee, they were just happy," Purchase said.

Problems arose when doctors wanted to take out what was left of the tumor and suggested traditional medical care.

She said Christina got conflicting information from another doctor at Stanford and couldn't get a clear answer about the odds of Kylee surviving the surgery.

Christina started a GoFundMe campaign, asking for $50,000 to pay for naturopathic medicines and to assist her with "legal representation."

In her plea, she mentions in part, "I've always been a strong soul, independent and self sufficient, so this is extremely hard for me to even do, it's taken me months to write this and the only reason I am is because I'm cornered and have been threatened by my daughter by DHS and the Evil Doctor that's pissed off that my Daughter didn't die!!!"