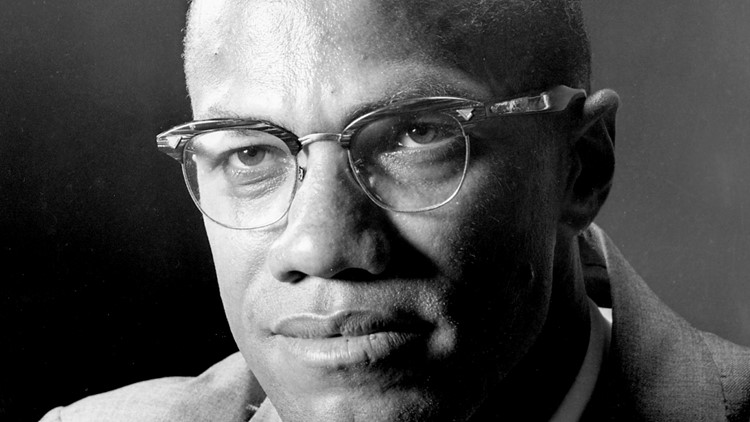 MANHATTAN, New York — Who killed Malcom X? It’s a question that has festered for decades following the assassination of the controversial civil rights leader – and it’s the title of a Netflix documentary series that premiered Friday.

According to the Washington Post, the docuseries reveals new evidence from declassified FBI documents that two Nation of Islam members convicted as accomplices had nothing to do with his untimely death.

The Post reports Muhammad Abdul Aziz spent 20 years in prison before he was released on parole in 1985. Khalil Islam was let out in 1987 and died in 2009.

Both men maintained their innocence since Feb. 21, 1965, when Malcolm X was gunned down by a group of shooters in New York City’s Audobon Ballroom.

This is the Audubon ballroom in upper Harlem, New York, after it was roped off by police following the assassination of Malcolm X, February 21, 1965. The civil rights leader was standing at the podium on stage in the background. (AP Photo/Al Burleigh)
ASSOCIATED PRESS

Aziz says in the docuseries he was treated for a leg injury at the hospital hours before the shooting.

“They knew that I didn’t do it,” Aziz said, according to the Post. “If I wanted to do it, I couldn’t have done it.”

The New York Times reports Talmage Hayer – another Nation of Islam member who went by the name Mujahid Abdul Halim – confessed to the killing and claimed Islam and Aziz were innocent.

But if they are, then Hayer’s real accomplices were never prosecuted. According to the Post, in the late 1970s, he pointed at four members of his mosque in New Jersey, but the case was never reopened.

Now, that could change.

Manhattan District Attorney Cy Vance Jr. is considering whether his office should reinvestigate the assassination, but the list of people who didn’t like Malcolm X is long and daunting.

According to the Times, Malcolm X had become an enemy of the Nation of Islam and its rising star Louis Farrakhan said he was “worthy of death.”

A week before he was killed, Malcolm X’s home was firebombed with his wife and four young children sleeping inside.

Home of Black Muslim leader Malcolm X is damaged after two fire bombs sparked a flash fire, Feb. 14, 1965 in New York City. Firemen quickly put out the flames. The Nation of Islam leader, his wife Betty, and their four daughters were in the house at the time but escaped unharmed. (AP Photo/Harry Harris)
AP