The story featured a previously unreported sexual misconduct allegation against the Kavanaugh, but did not mention that the victim couldn't recall the incident. 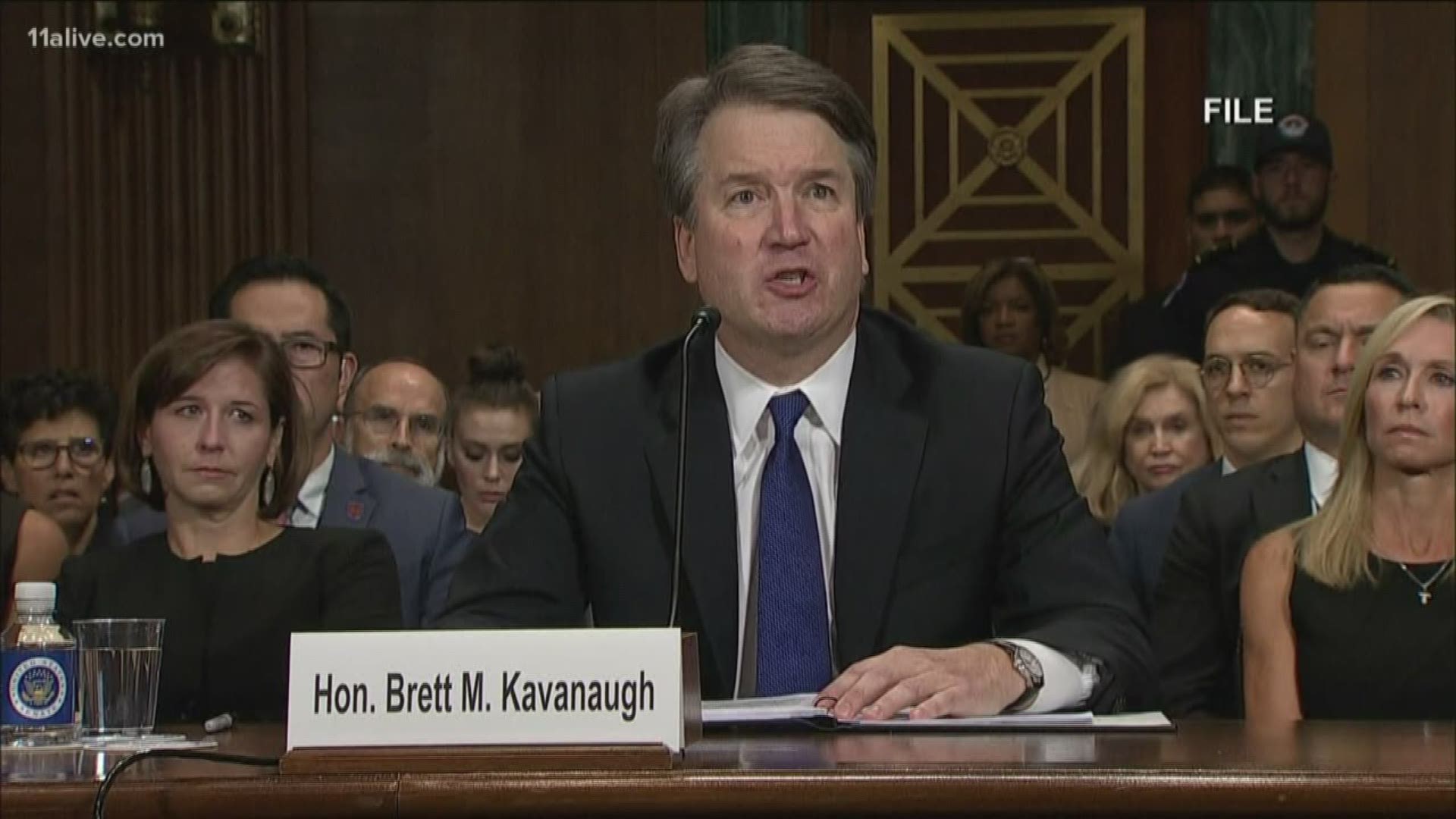 The New York Times is under fire for its story about a new sexual misconduct allegation against Supreme Court Justice Brett Kavanaugh. The paper apologized for an offensive tweet, and revised its article to reflect that the alleged victim couldn't recall the incident.

The Times reported on an allegation that Kavanaugh exposed himself at a Yale University party as a freshman. Yet the story did not initially include the detail that the woman supposedly involved in the incident declined to be interviewed, and that her friends say she doesn't recall it.

That detail was later added, and the Times explained the change in an editor's note.

The newspaper also apologized for a tweet promoting the article sent out by its opinion section that it called clearly inappropriate and offensive.

Several Democratic presidential candidates called for Kavanaugh's impeachment after the article was published. Kavanaugh was confirmed last October after emotional hearings in the Senate over a sexual assault allegation from his high school years. When Kavanaugh testified before the Senate Judiciary Committee last year, he denied all allegations of impropriety.

President Trump fiercely defended Kavanaugh during the confirmation process, and once again after the new allegation was published.

Sen. Kamala Harris, D-Calif., said after the Times report that "Brett Kavanaugh lied to the U.S. Senate and most importantly to the American people." She tweeted: "He must be impeached."

A 2020 rival, Massachusetts Sen. Elizabeth Warren, tweeted that "Confirmation is not exoneration, and these newest revelations are disturbing. Like the man who appointed him, Kavanaugh should be impeached."

Former Texas Rep. Beto O'Rourke asserted in a tweeted, "We know he lied under oath. He should be impeached." He accused the GOP-run Senate of forcing the FBI "to rush its investigation to save his nomination."

Their comments followed similar ones from Julian Castro, a former U.S. housing secretary, on Saturday night. "It's more clear than ever that Brett Kavanaugh lied under oath," he tweeted. "He should be impeached and Congress should review the failure of the Department of Justice to properly investigate the matter."

Sen. Bernie Sanders of Vermont didn't refer to impeachment by name in a tweet Sunday, but he said he would "support any appropriate constitutional mechanism" to hold Kavanaugh "accountable."

Later Sunday, Sen. Cory Booker tweeted: "This new allegation and additional corroborating evidence adds to a long list of reasons why Brett Kavanaugh should not be a Supreme Court justice. I stand with survivors and countless other Americans in calling for impeachment proceedings to begin."

Trump added that they were "False Accusations without recrimination," and he claimed his accusers were seeking to influence Kavanaugh's opinions on the bench.