The latest allegation comes less than a week after Antonio Brown's former trainer accused him of rape and sexual assault. 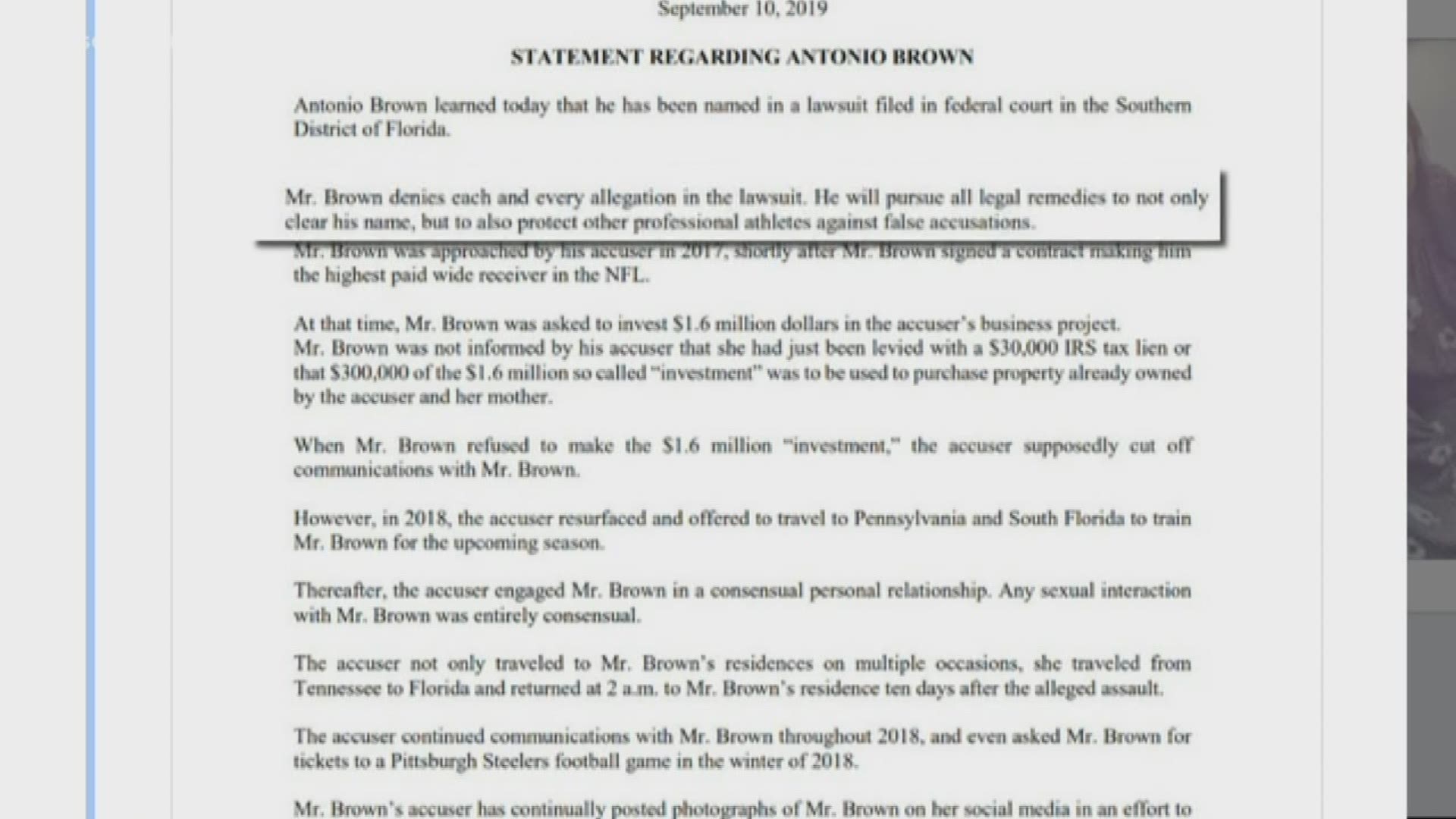 Sports Illustrated published a story Monday afternoon in which an unnamed artist accused Brown of exposing himself to her while she worked on a painting at his home.

The woman, according to the report, first met Brown at a charity event when he saw a painting the woman had created of him and the NFL receiver bought it. The woman said Brown then invited her to come to his home and paint a mural of him.

Sports Illustrated said the woman asked for anonymity to speak candidly about what happened with Brown, which she hasn't revealed publicly before.

After the Sports Illustrated report was published, Brown denied the allegation through his attorney.

The NFL planned to meet with Taylor on Monday, a source told the Associated Press. Brown's attorney said he plans to countersue.

In one case, a Pittsburgh area doctor filed a lawsuit claiming Brown owes him $11,500 in unpaid fees. Dr. Victor Prisk also described to Sports Illustrated how Brown showed up three hours late to his initial appointment and then repeatedly passed gas in his face and laughed about it.

The doctor told Sports Illustrated that it "seemed just childish" to him. “I’m a doctor and this man is farting in my face,” Prisk said.

Credit: AP
New England Patriots wide receiver Antonio Brown pauses while working out during NFL football practice, Wednesday, Sept. 11, 2019, in Foxborough, Mass. Brown practiced with the team for the first time on Wednesday afternoon, a day after his former trainer filed a civil lawsuit in the Southern District of Florida accusing him of sexually assaulting her on three occasions. (AP Photo/Steven Senne)