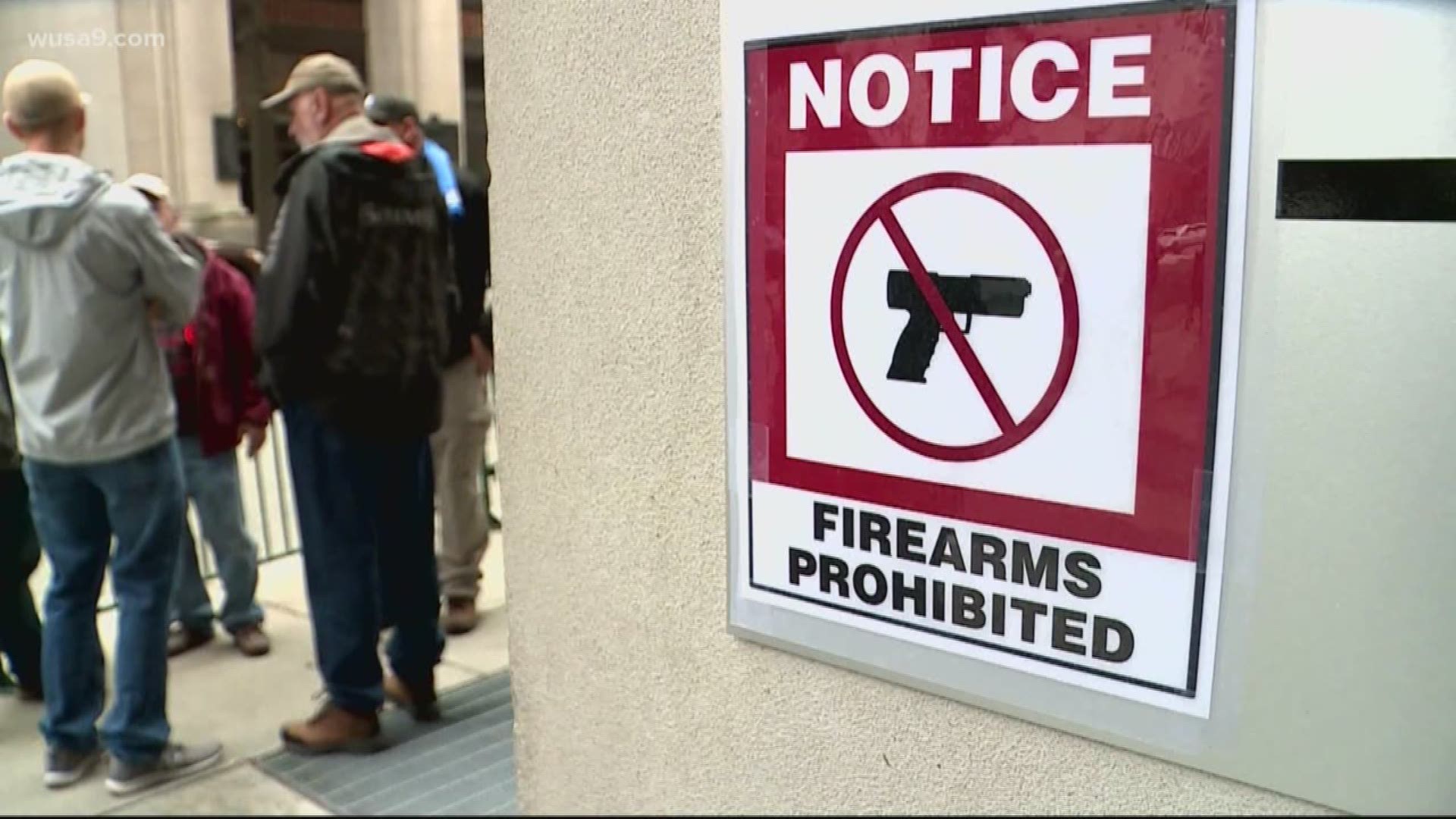 He said there are credible threats of Charlottesville style violence that could repeat at the capitol grounds on Monday. He also said that credible intelligence reveals white extremist militia groups plan to enact violence during the rally.

"No one wants another incident like we saw in Charlottesville in 2017. We will not allow that mayhem and violence to happen here," Northam said.

The governor urged all unnecessary personnel to stay out of Richmond Monday, out of an abundance of caution. Access will be restricted in and out of Capitol Square, officials said.

The Governor has prohibited all weapons, including firearms, from Capitol grounds.

Gun rights supporters are planning to sweep into Richmond on Martin Luther King Day. Organizers from the Virginia Citizens Defense League are predicting as many as 130,000 armed protesters from across the country could rally in Capitol Square on Martin Luther King Day. But they insist they're trying to avoid the kind of deadly chaos that swept Charlottesville in the summer of 2017.

"This is just average gun owners and average Virginians coming out to support them," Stewart Rhodes, founder of far-right group Oath Keepers, said. "It has nothing to do with white nationalism."

Monday is known as Lobby Day, where members of the public are invited to meet their lawmakers and discuss the legislative agenda for the current session. Authorities said white nationalist groups plan to make a stand in the face of several gun control bulls which are expected to pass through the now Democratic controlled General Assembly.