Ashley Mann says students at the school threatened to shoot her daughter. 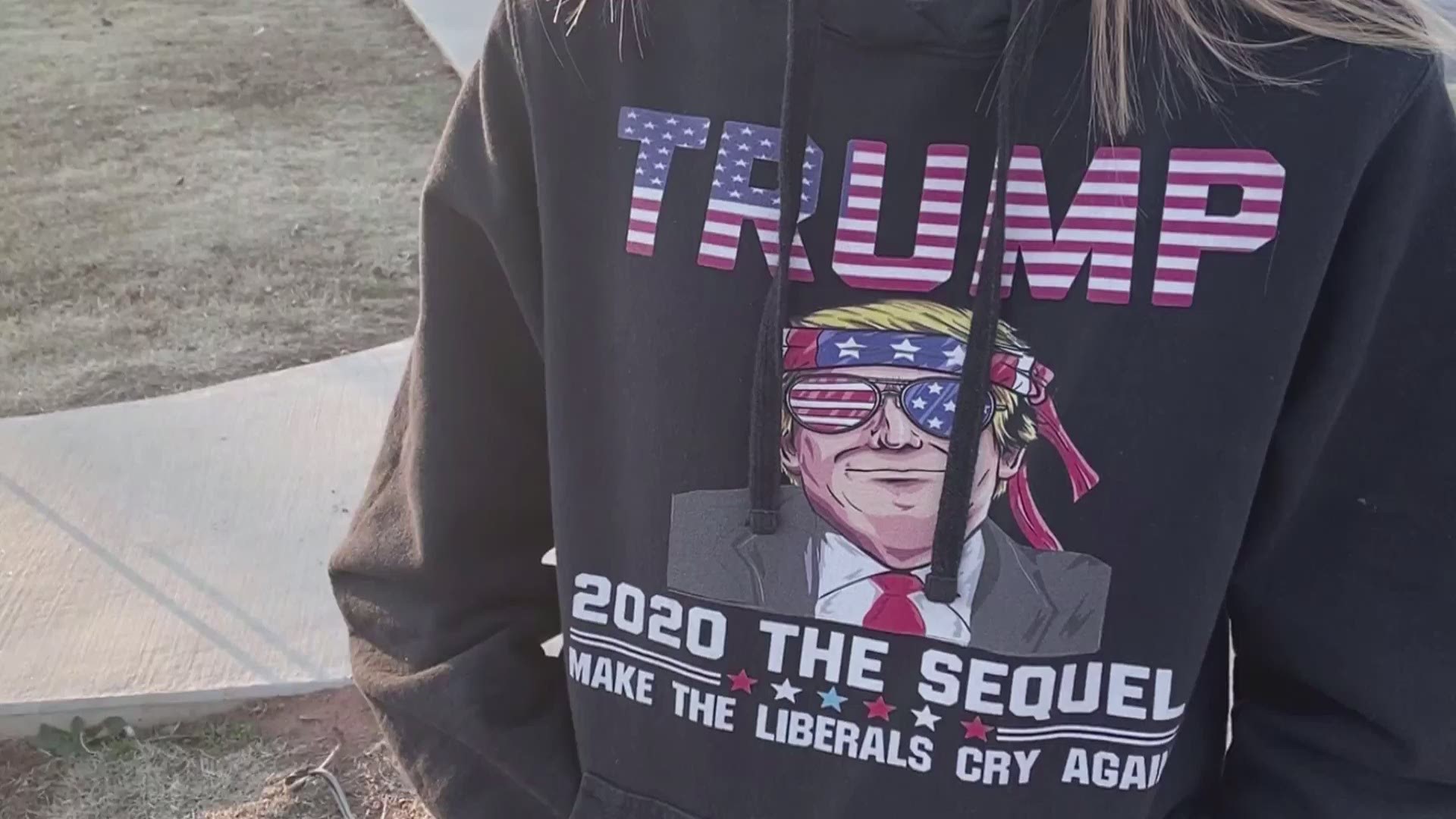 LINDSAY, Okla. — A mother claims her daughter's classmates threatened to shoot the girl because she wore a sweatshirt depicting President Donald Trump.

KWTV-TV reports Skyace Mann, an 8th grader at Lindsay Middle School, allegedly was threatened Wednesday during lunch. Her mother said her daughter wore the shirt before without issue.

Trump is on the front of the sweatshirt, with "2020 the sequel -- make the liberals cry again," written in text.

"She said that they called her a name and said that if they had a gun that they would shoot her," said Ashley Mann, Skyace's mother. She said the students are friends with her son.

Ashley Mann when she and her husband spoke with school administration, officials questioned her and, "They were like how do you know this is going on?"

The school district on Facebook wrote, "At this time the statement is not substantiated." However, work continues to talk with students to figure out what happened.

"I’m not a supporter of everybody but my kids don't go to other kids and say, 'Hey, I’m going to shoot you since you’ve got that on,'" Ashley Mann told KWTV. "We all can believe what we want, love what we want."