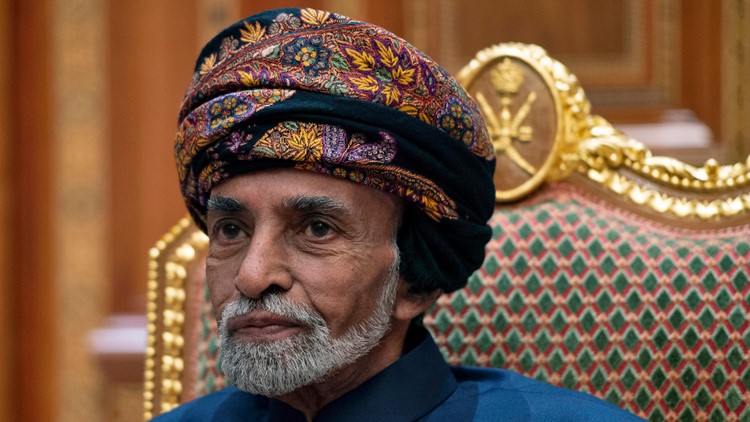 Photo by: AP
FILE - In this Monday, Jan. 14, 2019 file photo, Sultan of Oman Qaboos bin Said sits during a meeting with Secretary of State Mike Pompeo at the Beit Al Baraka Royal Palace in Muscat, Oman. State media says Oman's ruler, Sultan Qaboos bin Said, has died, Saturday, Jan. 11, 2020. He was 79. The sultan has ruled Oman since overthrowing his father in a bloodless 1970 coup. (Andrew Caballero-Reynolds/Pool Photo via AP)

The sultan has ruled Oman since overthrowing his father in a bloodless 1970 coup.

He has no known successor for his throne in Oman, a country on the eastern edge of the Arabian Peninsula.

The state-run Oman News Agency praised the “towering renaissance” he had presided over. It says his balanced policy of mediating between rival camps in a volatile region had earned the world's respect.

The British-educated, reclusive sultan reformed a nation that was home to only three schools and harsh laws banning electricity, radios, eyeglasses and even umbrellas when he took the throne.

Across the Strait of Hormuz from Oman is Iran, where tensions with the U.S. escalated this month after President Trump ordered a missile strike that killed top Iranian military leader Gen. Qasem Soleimani.

Oman is neither Shi'a nor Sunni Islam, (of the religion's two branches, Shi'a is followed especially in Iran) but there appears to be a potential for confusion as far as the throne succession goes. The sultan has no known children or siblings.