Aiden Salcido's parents, Daniel Salcido and Hannah Janiak, were found dead after leading police on a chase in Montana on Thursday. 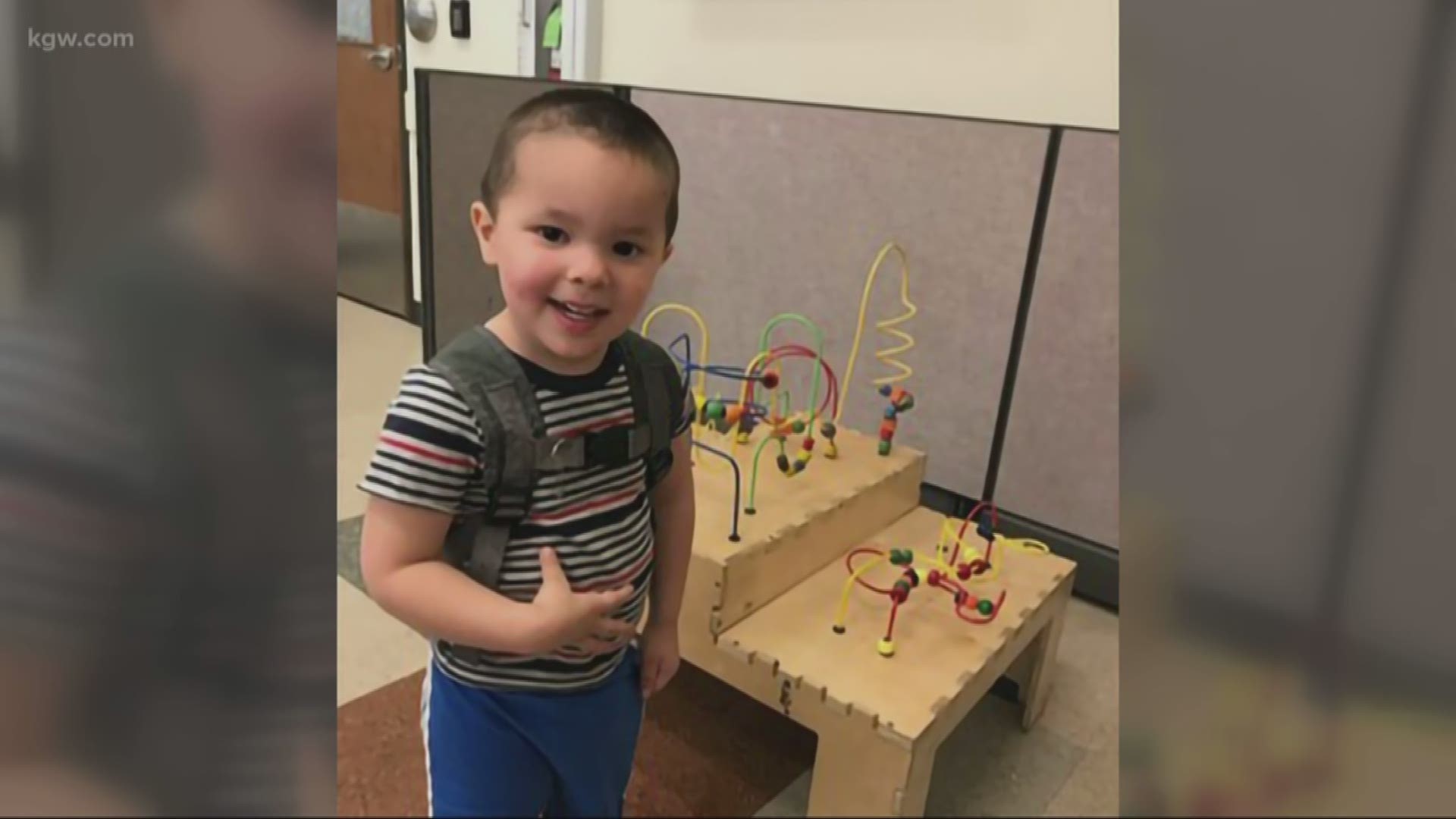 MEDFORD, Ore. — Authorities in Montana have found what they believe to be the body of the 2-year-old Southern Oregon boy whose parents died in an apparent murder-suicide, authorities say.

Aiden Salcido's parents, Daniel Salcido and Hannah Janiak, were found dead after leading police on a chase in Montana on Thursday. Aiden was not with his parents, according to police from Medford, Oregon.

Medford police reported Sunday that the body was found in a remote area in Montana, in the same area where Salcido and Janiak were seen by witnesses days earlier. The FBI in Portland also reported the news on Twitter.

Positive identification of the body hasn't been made yet, police said, and the cause and manner of death won't be disclosed until an autopsy is performed next week in Montana.

Daniel and Hannah, who were not married, were reported missing to Medford police after Hannah failed to show up for her sentencing related to a 2018 burglary case in Jackson County. The case resulted in criminal convictions and Hannah was scheduled to begin serving her sentence on June 11, 2019.

Financial records showed Hannah’s last activity was on June 3 and 4 at the Walmart on Center Drive in Medford, police said. Surveillance video showed Daniel, Hannah and Aiden were together at the time. She bought camping equipment among other items.

Family and friends had no contact with Daniel, Hannah or Aiden after they went missing. The parents and child were homeless and would camp along the greenway in Medford, family told police. Family also said Hannah suffered from mental health issues.

On Thursday, Medford police were notified about an incident that occurred in Kalispell, Montana, on Wednesday. Police in Kalispell had stopped a vehicle with Oregon license plates. Officers believed the male driver and female passenger were giving false information about their identity.

The driver fled and led officers on a chase, which ended after police put down spike strips. When officers approached the vehicle, both the man and woman, now identified as Daniel Salcido and Hannah Janiak, were dead, according to Medford police. Hannah was shot in the head and it appeared Daniel had a self-inflicted gunshot wound to the head, police said.

However, Aiden was not in the car with them and there was no evidence of a child being in the vehicle, according to police.

Police said the vehicle, a green 1996 GMC Jimmy, was sold to an unknown person in late June or early July in Central Point, Oregon.

Medford police said on Facebook that Aiden could be anywhere between Medford and Montana.

The FBI assisted with the investigation.