The pontiff was greeting a large crowd of people in St. Peter's Square on New Year's Eve. 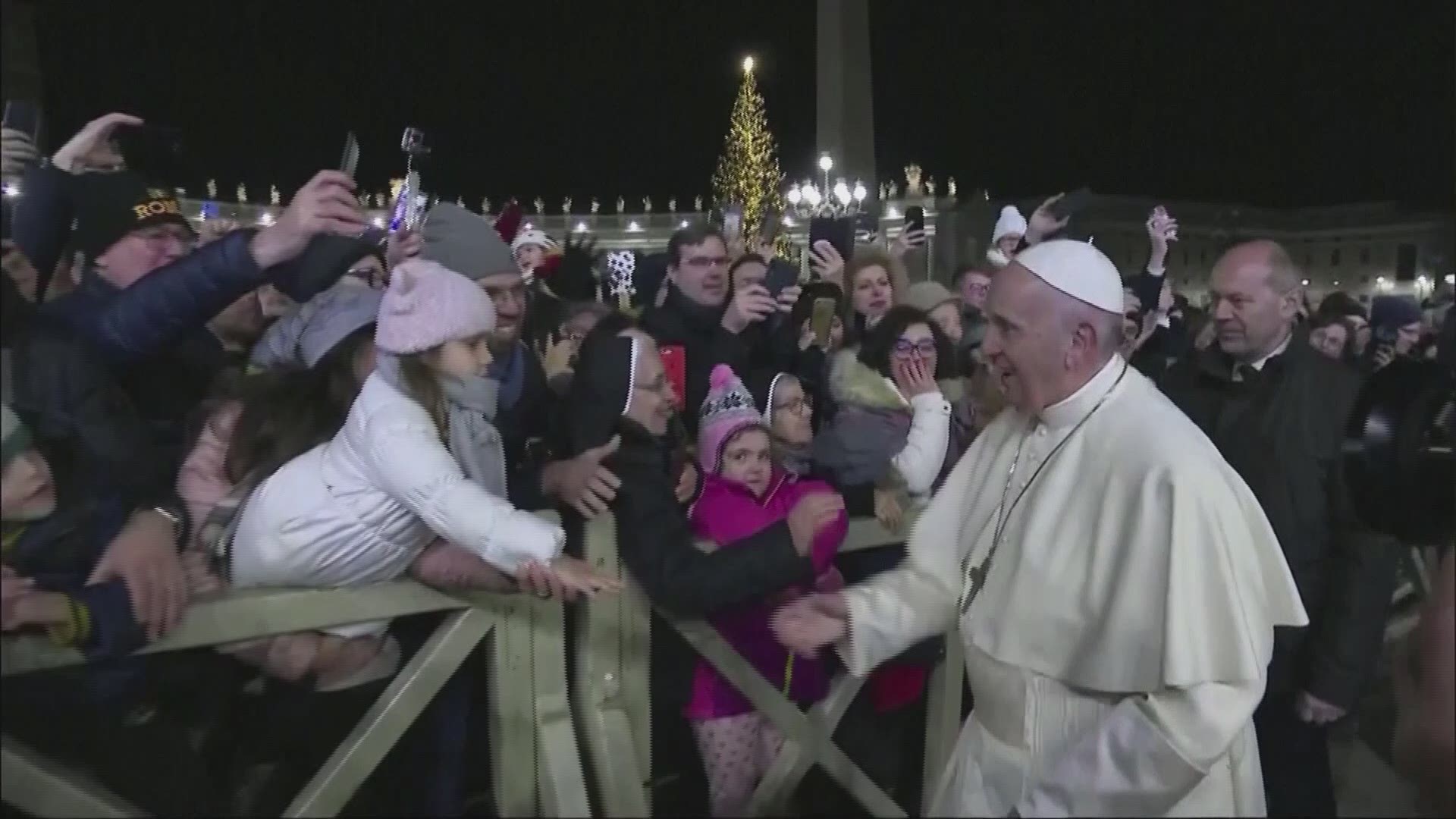 VATICAN CITY – He’s become known as one of the most accessible pontiffs in history, but one woman clearly got carried away on New Year’s Eve as Pope Francis greeted a large group of people gathered in St. Peter’s Square.

The pope reached out to touch a little girl’s hand, and as he turned to walk away, a woman grabbed his arm and forcefully pulled him toward her.

The 83-year-old pontiff appeared to wince in pain – then he slapped her on the hand and freed himself from her grip.

He appeared to scold her with a scowl on his face, but it’s unclear what he said.

His security guards were several steps behind him.

Francis has since apologized for the incident, according to the Associated Press. In remarks on Wednesday, Francis said, "so many times we lose patience. Me, too."

He also added, "I say 'excuse me' for the bad example."

You can watch the video here:

This was not the first time someone yanked the pope's arm.

During a 2016 visit to Mexico, CBS News reported someone grabbed his sleeve and pulled him onto a man in a wheelchair.

The pope shouted "Don't be selfish" in Spanish and moved on.

RELATED: Pope in Hiroshima: Use and possession of atom bomb ‘immoral;’ world must rethink reliance on nuke power