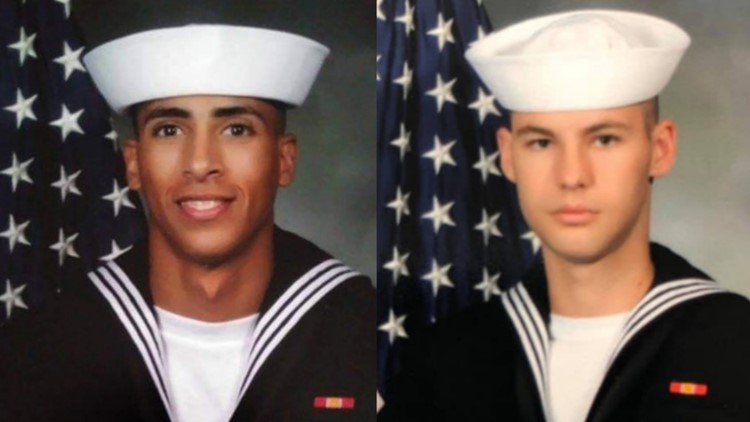 Both sailors were serving at Naval Air Station Pensacola when a man pulled out a handgun in a classroom and started firing.

Haitham’s mother Evelyn Brady told 10News her son lost his life trying to take down the shooter. He died a hero.

As did Walters, who Acting Secretary of the Navy Thomas B. Modly said showed "exceptional heroism and bravery in the face of evil."

So, on Dec. 12, the U.S. Navy posthumously promoted them both to Naval Aircrewman Mechanical 3rd Class.

23-year-old Ensign Joshua Kaleb Watson from Coffee, Ala., was also killed in the gunfire.

“They didn't run from the danger. Instead, he said they ran toward it and saved lives," Modly said.

He made that statement during a ceremony to present the Wings of Gold to the families of the three brave sailors whose lives were taken in a place where they should have been safe.

The FBI says the shooter was 21-year-old Mohammed Saeed Alshamrani – a second lieutenant in the Royal Saudi Air Force who was going through flight training at the Pensacola Naval Air Station.