Princess Eugenie, husband pick a name for their newborn son

Eugenie is the younger daughter of Prince Andrew and Sarah, Duchess of York and a granddaughter of the queen. 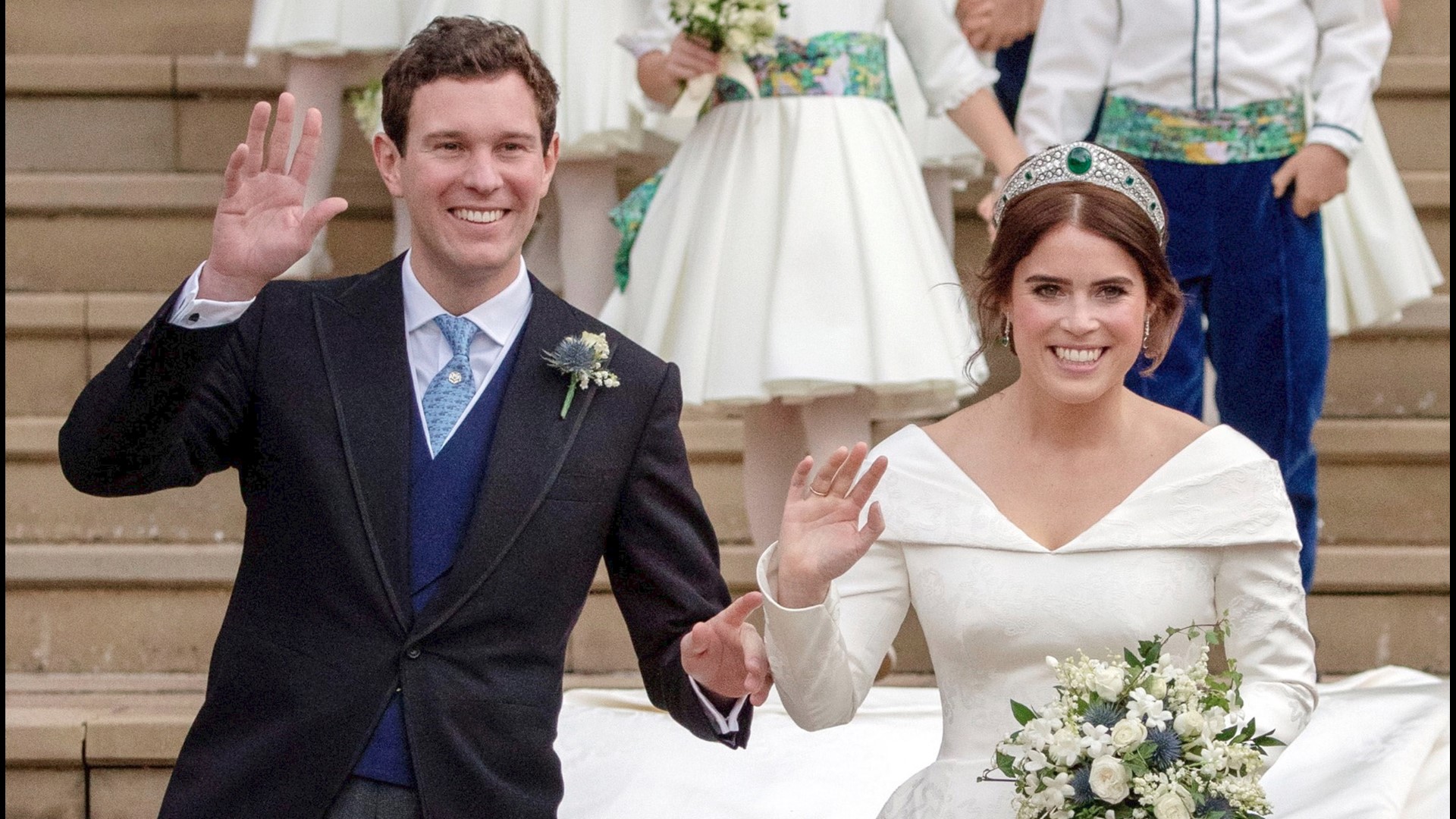 The baby — a ninth great-grandchild for Queen Elizabeth II — was born Feb. 9 at London’s Portland Hospital.

Eugenie, 30, is the younger daughter of Prince Andrew and Sarah, Duchess of York and a granddaughter of the queen. The baby, who weighed 8 pounds, 1 ounce, is her first child and is 11th in line to the British throne.

One of his middle names pays tribute to Eugenie’s grandfather, Prince Philip. The queen’s 99-year-old husband is currently in a London hospital where he was admitted on Tuesday after feeling ill. Hawke is a Brooksbank family name.

The baby is not expected to get a royal title and will be known as Master August Brooksbank.

Eugenie posted a picture on Instagram of the couple holding their son, who is swaddled in a blue blanket with a matching cap.

“Thank you for so many wonderful messages. Our hearts are full of love for this little human, words can’t express,” she wrote, adding that the photo was taken “by our wonderful midwife.”

“Thank you to the wonderful essential workers including our midwife who came to discharge our boy,” she said.

The queen and Prince Philip have two more great-grandchildren on the way. Both Meghan, Duchess of Sussex and Princess Anne’s daughter Zoe Tindall are due to give birth this year.

The child of Meghan and her husband Prince Harry will become eighth in line to the throne after elder brother Archie, and will push baby August down to 12th in the line of succession.

Harry and Meghan gave up official royal duties last year and moved to California. On Friday the palace announced that the split will be final, with the couple giving up military and charitable patronages they held on behalf of the queen.

RELATED: Where will Prince Harry and Meghan Markle's baby be in the royal line of succession?