Witness video showed a person who walked up to the Black Lives Matter mural, took out a can of red paint, splashed it over the word 'Lives,' then ran off. 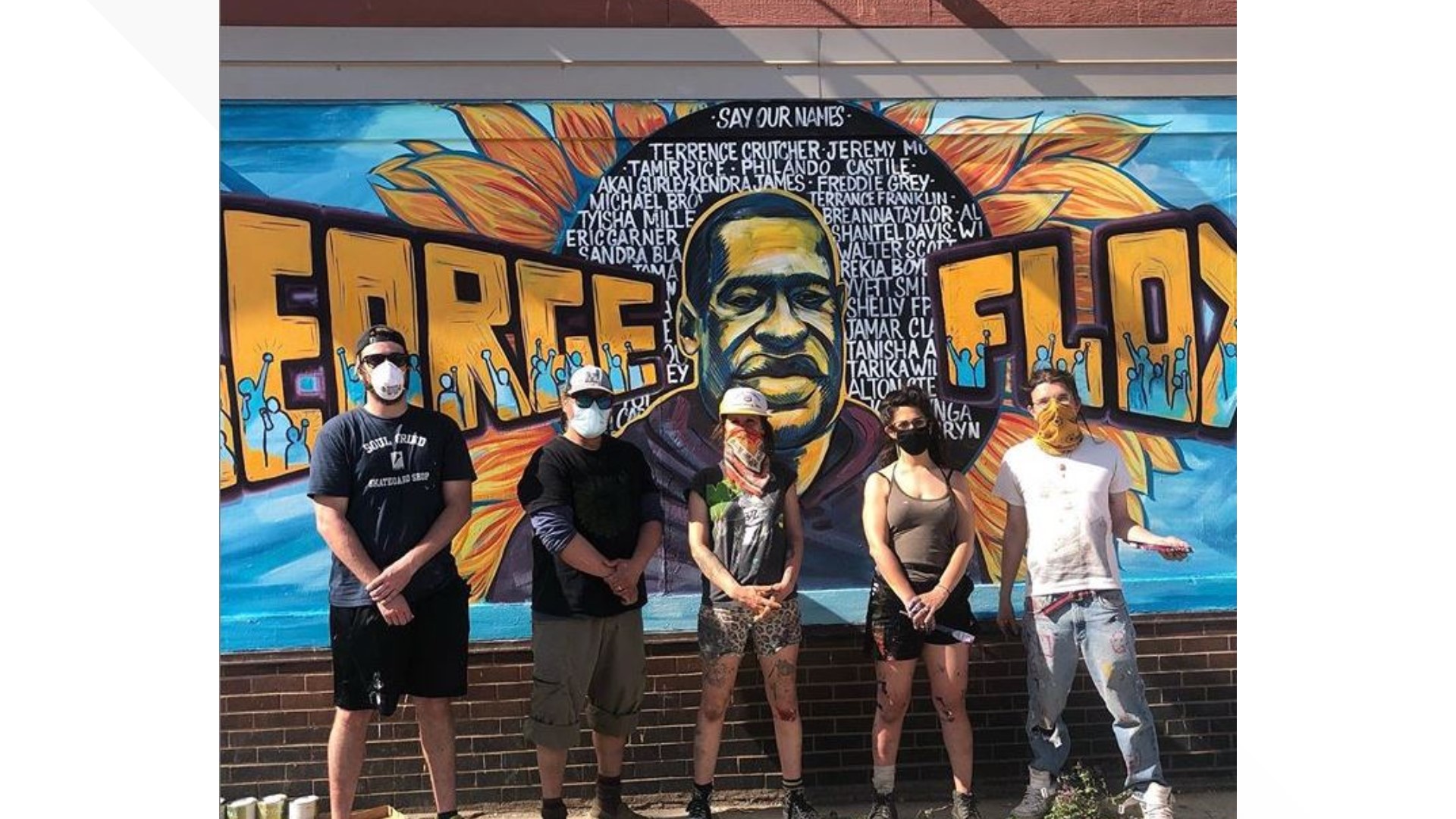 The Black Lives Matter mural painted outside Trump Tower in New York City was quickly fixed Monday afternoon after someone splattered it with red paint.

Videos and photos from the scene around lunchtime on Monday showed red paint covering several of the letters in the mural.

Twitter user Oscar Vela posted a video that showed a person who walked up to "Lives" on the mural, took a can of paint out of a paper bag and tossed the paint onto the mural. The person left the paint can, grabbed their bag and ran off down the street.

The paint was then smeared onto other parts of the mural by passing cars.

"To whoever vandalized our mural on 5th Avenue: nice try. @NYC_DOT has already fixed it," de Blasio tweeted. "The #BlackLivesMatter movement is more than words, and it can't be undone."

To whoever vandalized our mural on 5th Avenue: nice try. @NYC_DOT has already fixed it.

The #BlackLivesMatter movement is more than words, and it can’t be undone. pic.twitter.com/nlYTALCWxJ

According to the New York Post, police said someone walked up the street around 12:13 p.m. Eastern Monday, dumped the paint, then ran away.

"Upon arrival, they discovered that an unknown individual threw red paint on the Black Lives Matter street art," the NYPD told NBC News. "There are no arrests, and the investigation is ongoing."

The mural, which was finished late last week, is one of five being painted in each of the city's five boroughs.

The mural was painted on the street in front of the namesake Manhattan tower of President Donald Trump, who tweeted two weeks ago that it would be “a symbol of hate.”

RIGHT NOW: It appears the Black Lives Matter mural that was painted in front of Trump Tower in New York has been vandalized with red paint. MORE: https://www.fox5ny.com/news/black-lives-matter-mural-painted-in-front-of-trump-tower-in-manhattan

Last week, two people were charged in California after video appeared to show them vandalizing a Black Lives Matter mural, just an hour after it was finished.