McIlroy won the Tour Championship's $15 million prize and joins Woods as the only to win the FedEx Cup twice since it began in 2007. 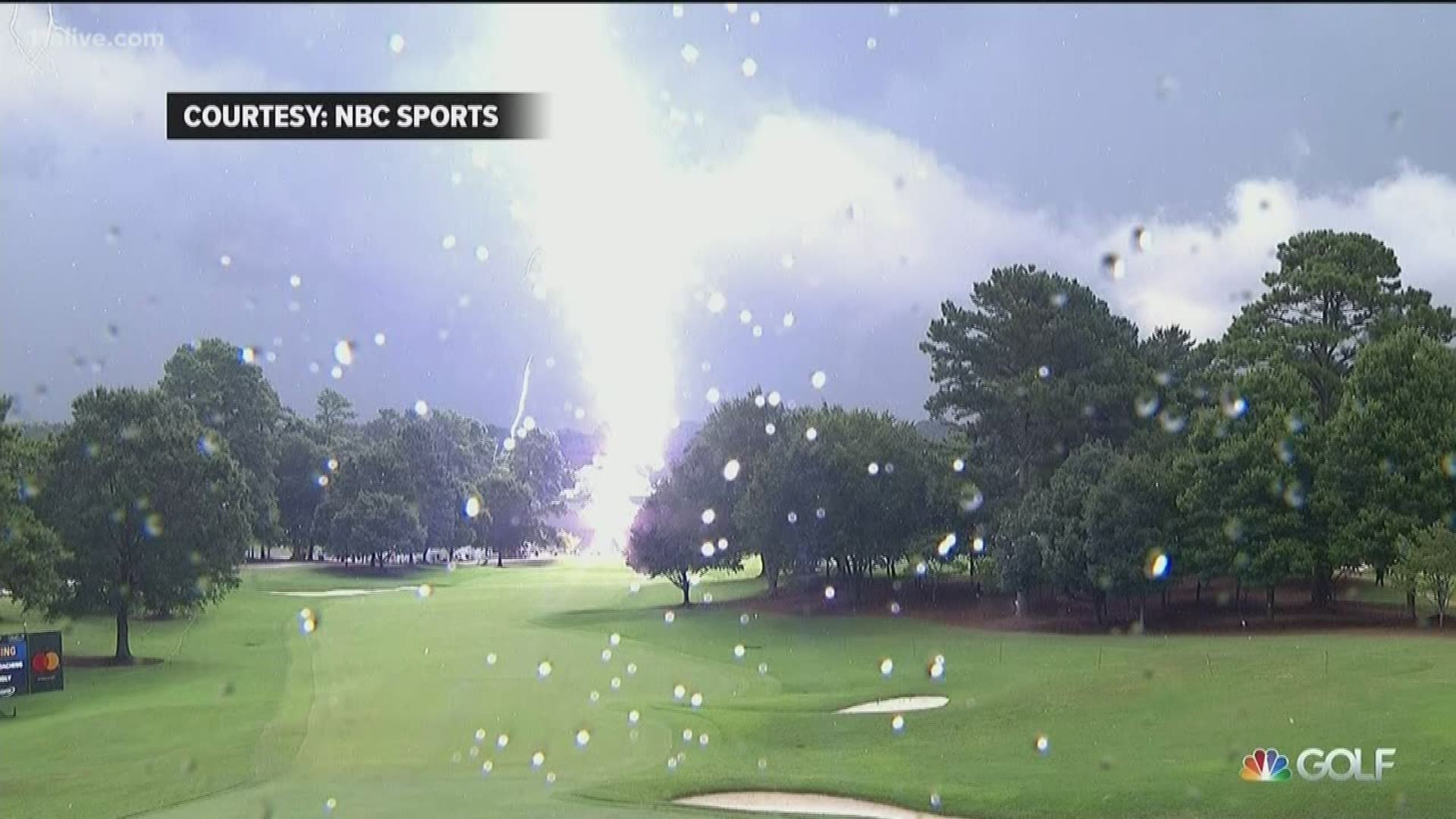 ATLANTA — The crowd rushing to circle the 18th green. The steady chants. It all sounded so familiar to Rory McIlroy at East Lake, with one big difference.

On Sunday, it was all for him.

One year after he was an overlooked bystander as Tiger Woods celebrated the missing piece of his comeback by winning the Tour Championship, McIlroy surged past Brooks Koepka and delivered a clutch par putt when he needed it to win the FedEx Cup and the $15 million prize, the biggest payout in golf history.

"It's amazing how different things can be in a year," McIlroy said.

With two final birdies, McIlroy closed with a 4-under 66 to end a marathon day at the storm-delayed Tour Championship and finished four shots ahead of Xander Schauffele. He joined Woods as the only players to win the FedEx Cup twice since it began in 2007.

He smiled at hearing the chants, "Rory! Rory! Rory!" from a gallery that came under the ropes on the 18th hole to watch the finish.

"I must say, I didn't enjoy that walk last year like everyone else did," McIlroy said. "I never took the fight to Tiger."

McIlroy had more than the $15 million prize on his mind.

He finished at 18 under in the FedEx Cup finale. His actual score was 13-under 267, better than anyone else in the 30-man field.

It will boost him to No. 2 in the world behind Koepka. 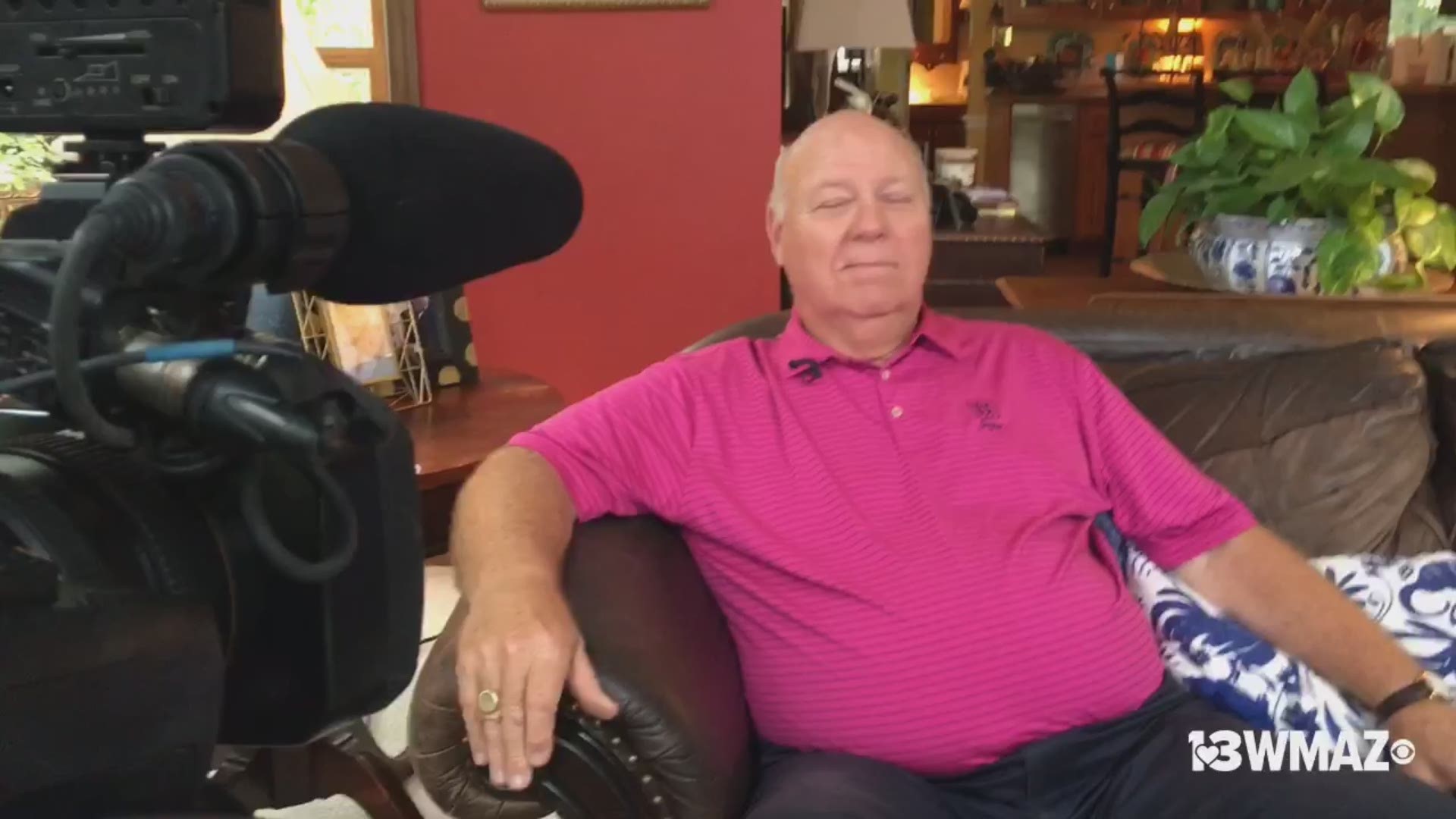 AURORA, Ontario (AP) — Top-ranked Jin Young Ko closed with an 8-under 64 on Sunday to win the CP Women's Open by five shots over Nicole Broch Larsen.

The South Korean pulled away with six birdies on the back nine to finish the tournament at 26-under 262. Defending champion Brooke Henderson of Canada (69) finished seven shots off the lead in a tie for third place with American Lizette Salas (64).

Ko and Broch Larsen, who is from Denmark, entered the final round tied for the lead.

The round was broken up into trios, with groups teeing off at the first and 10th tees to ensure it didn't run up against the PGA's Tour Championship finale.

Ko cemented the victory with birdies on four of her last five holes. She earned $337,500 of the $2.25 million purse with the win.

SNOQUALMIE, Wash. (AP) — Brandt Jobe rallied from seven strokes down, shooting a final-round 9-under 63 to win the Boeing Classic for his second PGA Tour Champions title.

Jobe finished at 18 under, three shots ahead of Tom Pernice Jr., who shot a final-round 65.

Couples held a five-shot lead going into the final round, but struggled throughout. He had two bogeys on the front nine and three on the back and shot a 4-over 76. He tied for third place with Jerry Kelly (69) at 12 under.

The 54-year-old Jobe charged into contention with seven birdies, a par and bogey on the front nine for a 30. On the back nine, he moved into the lead with a birdie at the 14th while Couples was making bogey at No. 13. Jobe rolled in a 25-foot birdie putt at the 17th and tapped in for another birdie at No. 18.

GOTHENBURG, Sweden (AP) — Erik van Rooyen birdied the final hole for a 6-under 64 to win the Scandinavian Invitation on Sunday for his first European Tour victory.

The South African finished on 19-under 261 at Hills Golf & Sports Club to finish one shot ahead of England's Matt Fitzpatrick (64).

"I was so nervous on 18," Van Rooyen said. "I've been putting so well all day and to hole that one to win, it's my first one, it's pretty cool."

Home favorite Henrik Stenson, who held a share of the lead after making a hole-in-one on the sixth, finished in a tie for third with Dean Burmester of South Africa after both shot 66.

Van Rooyen looked to be in control after six birdies in his first 13 holes, but bogeyed the 17th after Fitzpatrick birdied the same hole for a two-shot swing. Fitzpatrick also birdied the last to draw level on 18 under, but Van Rooyen held his nerve to birdie the last for the fourth day running, holing from 12 feet for the win.

BOISE, Idaho (AP) — Matthew NeSmith birdied two of his last three holes and closed with a 7-under 64 for a one-shot victory in the Albertsons Boise Open that secured a PGA Tour card for next season.

The Boise Open was the second of three events in the Korn Ferry Tour Finals series, that offers PGA Tour cards to the top 25 players from the three events, in addition to the 25 players who already earned cards in the regular season.

Former U.S. Amateur champion Viktor Hovland closed with a 68 and finished one shot behind, along with Brandon Hagy. They also secured cards for next season.

Ryo Ishikawa won his second straight Japan Golf Tour event by closing with a 4-under 68 for a four-shot victory over Juvic Pagunsan in the Shigeo Nagashima Invitational Segasammy Cup. ... Ockie Strydom shot 6-under 66 in the third and final round for a six-shot victory over Thriston Lawrence in the Vodacom Origins of Golf Sishen on the Sunshine Tour. ... Darius Van Driel closed with an 8-under 64 for a one-shot victory over Cormac Sharvin in the Rolex Trophy in Switzerland on the European Challenge Tour. ... Carly Booth closed with a 2-under 70 for a one-shot victory in the Tipsport Czech Ladies Open, her first victory in seven years on the Ladies European Tour. ... Hee Jeong Lim shot 3-over 75 in the final round and still won by four shots in the High1 Resort Ladies Open on the Korean LPGA Tour. ... Saki Sakurai shot 1-over 73 and won the CAT Ladies by one shot on the Japan LPGA Tour.