"My dad didn't do nothing. He's not a criminal." 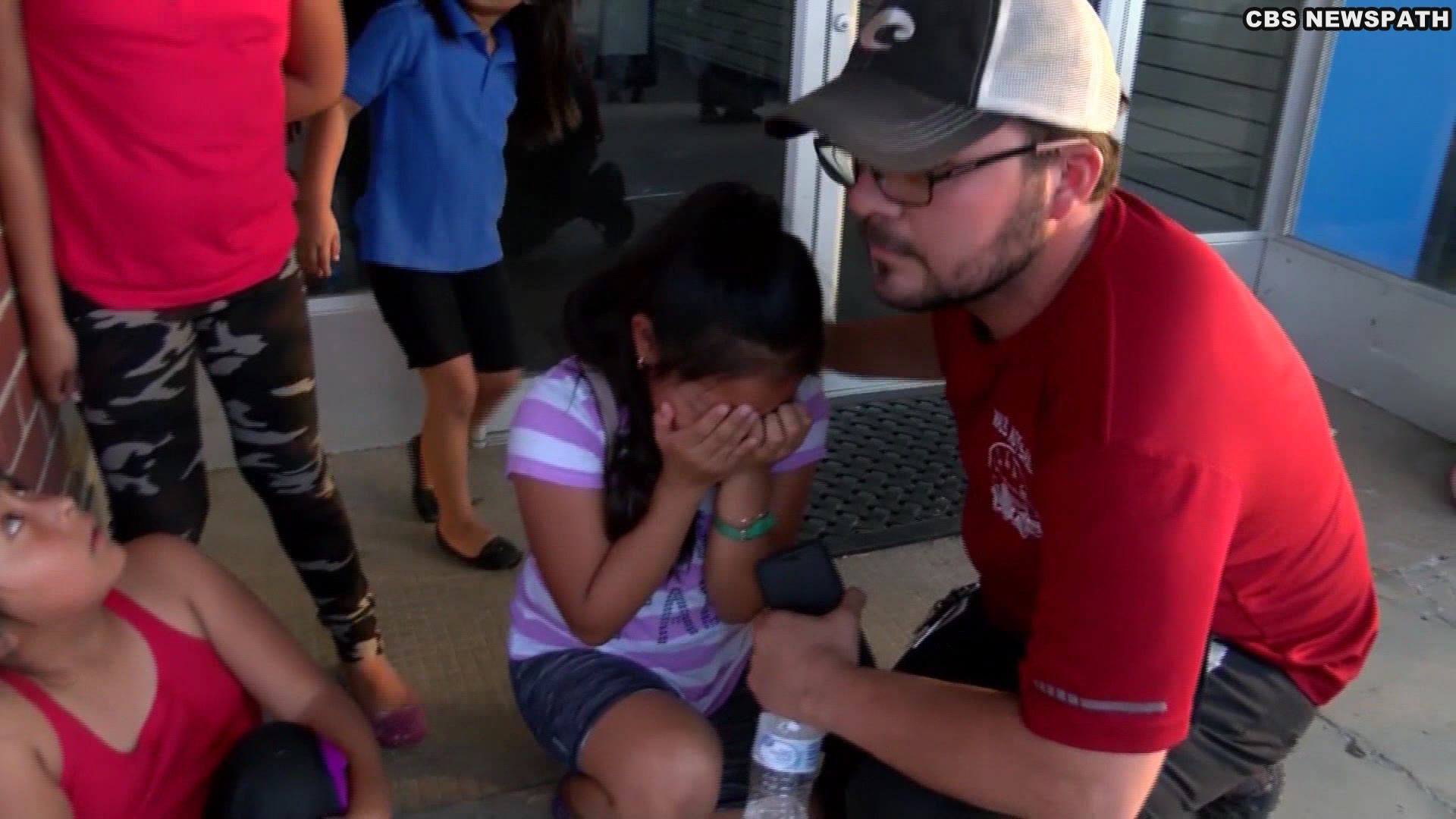 "Government please show some heart, let my parent be free with everybody else please…" she said through sobs. "…My dad didn't do nothing. He's not a criminal."

Gregorio's father was one of hundreds of undocumented immigrants rounded up by ICE during the raids, which had apparently been planned for more than a year. The raids occurred just hours before President Trump met with victims of the El Paso shooting.

During the raids, several hundred agents surrounded the perimeters of the food processing centers to prevent people from leaving. One by one, the agents forced workers to put all their belongings into plastic bags and then tied their wrists together with plastic bands. The agents then put them onto buses and brought them to a Mississippi National Guard processing center to await their fate. The 11-year-old and other children of those arrested stayed at a community center gymnasium overnight.

"While we do welcome folks from other countries, they have to follow our laws," U.S. attorney Michael Hurst said.

Some employers were also arrested. After the operation, Hurst issued a stark warning to businesses: comply with the law, or we're coming after you.

Wednesday's raid marks the largest-ever workplace raid in one state, surpassing a 2008 Mississippi plant operation where 595 immigrants were arrested.

"It's going to have an effect for years and years," said Patricia Ice, the legal projects director of the Mississippi Immigrant Rights Alliance.

"We're hoping that most of the people will be released and sent back home," Ice added. "Some of them may be fitted with ankle monitors… and receive notices to appear at the immigration court in the future."

These raids are unrelated to last month's nationwide deportation operations, where only 35 people were arrested. They also occurred on the first day of school for many of the children whose parents were arrested.