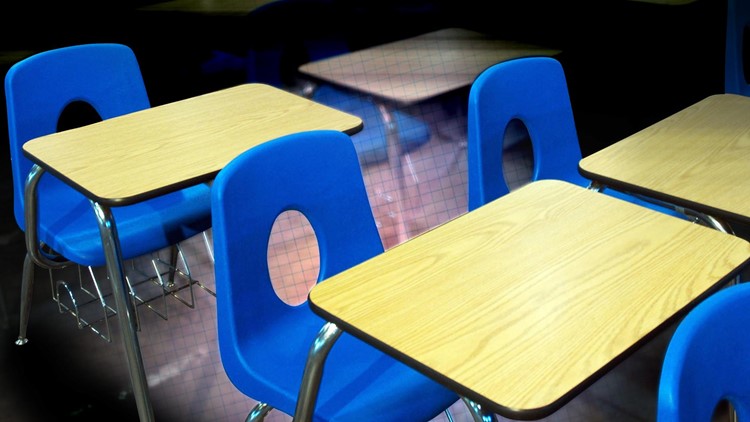 BALTIMORE COUNTY, Md. — A 9-year-old boy came home from school on Tuesday with quite a disturbing story.

His mother told The Baltimore Sun a substitute teacher at Halethorpe Elementary School “held my son’s hands above his head, she was sitting on a chair, pulled him toward her, crossed her legs over his legs and kissed him on the cheek twice.”

Then, she “proceeded to sit on him and bounce up and down on his lap," Sandra Zook said.

FOX45 reports the mother of a 10-year-old girl said the teacher “grabbed my daughter under her armpits...lined up other kids, told them to point to their breasts. She even kissed other kids [on the face]."

“It was like she was playing with their heads, trying to get them to say different things that were inappropriate," Laura Glover said.

According to The Baltimore Sun, Baltimore County Public Schools immediately removed the woman from the fourth-grade classroom after a student left to alert a guidance counselor.

“We simply will not tolerate any inappropriate behavior by staff, and an investigation is ongoing,” BCPS spokesman Brandon Oland said.

Police are still looking into it.

“A parent did file a police report alleging child abuse,” Officer Jenner Peach told the newspaper. “But so far, no criminal charges have been filed."