Surfside pushes back on report on delayed building repairs

A report from the Miami Herald showed the town took more than a month to respond to emails about construction. 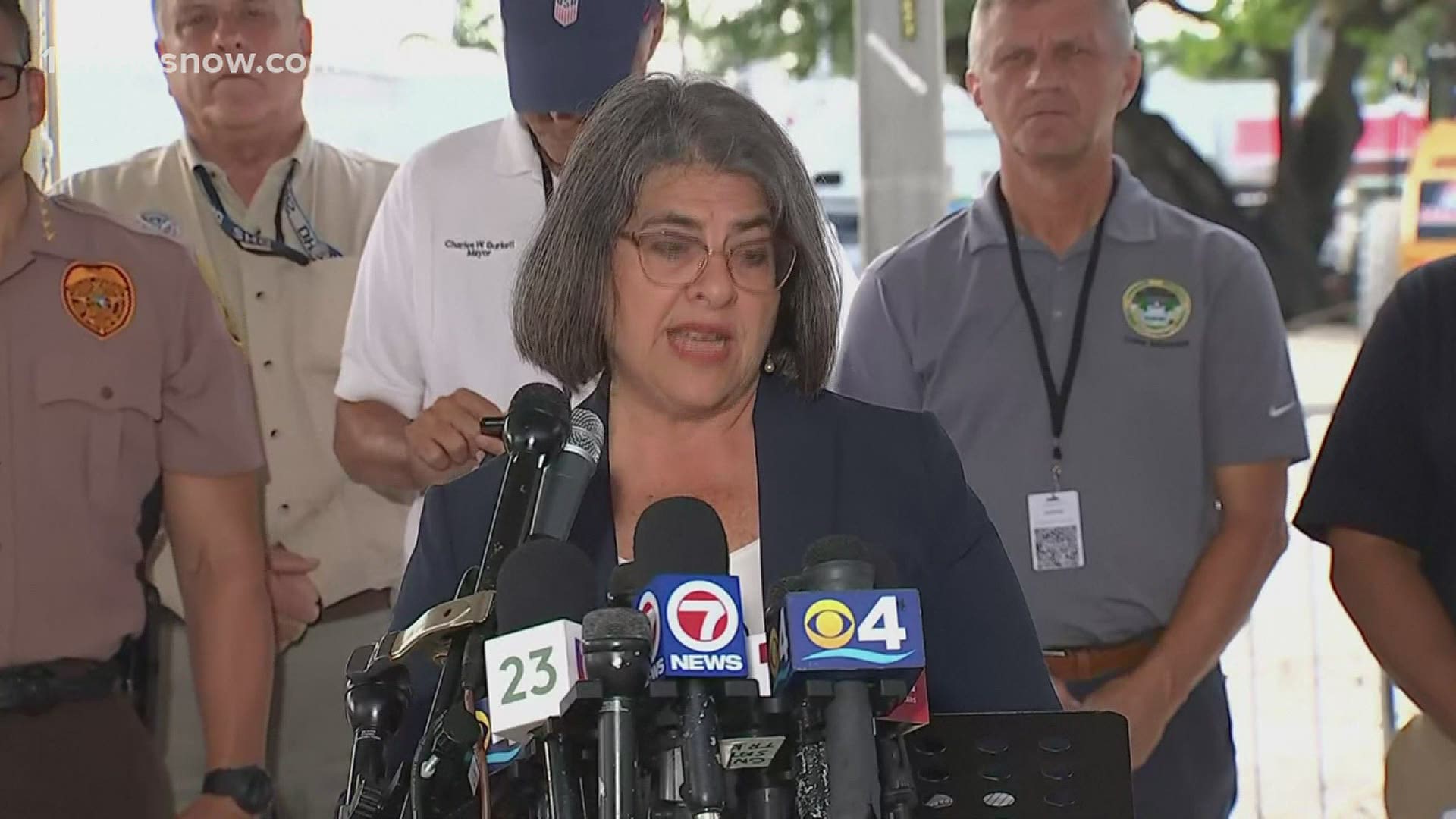 A Surfside, Florida, official pushed back Sunday on the idea that the town was responsible for slowing down a condo board’s plans to make needed structural repairs to a building that eventually collapsed, killing dozens.

Following a Miami Herald report that it took more than a month for the town to respond to plans submitted by the building’s board in May, town manager Andrew Hyatt released a statement saying the issues under discussion were preliminary plans unrelated to structural work and not permits to begin repairs the building needed to pass a 40-year recertification.

“It would appear that the Champlain Towers South Condominium Association sought to address a number of issues outside the scope of any proposed 40-year re-certification work," such as new natural gas lines and added parking, Hyatt's statement said. "There was no indication during any communications between the Town and the association by telephone or electronic mail that this submission required emergency action by the Town of Surfside."

Emails first obtained by the Herald show the condo building manager growing impatient at the lack of response from the town to plans for a temporary parking plan needed to move forward on repair of a concrete slab under building's pool and on damaged columns in its garage.

“As we are out to bid on our project (we) need to get to answers to these questions,” wrote building manager Scott Stewart to a town building official on June 21, more than a month after an initial email request was sent. “This is holding us up and cost (sic) are going up and out (sic) 40 year is coming up fast."

He added, "Can we get some feed back please so we can keep moving forward please."

The town responded with requests for additional information on June 23, just 14 hours before major sections of the 12-story building pancaked on itself, burying sleeping residents in twisted metal and broken concrete. So far, 24 people have been confirmed dead and 121 are still unaccounted for.

A spokesman for the condo board didn't immediately respond to requests for comment.

Even without the town delay, it is not certain it would have made any difference. Approving bids and permits for such work may have taken longer than a month. And while the structural problems that were to be repaired have gotten intense scrutiny, it has not been determined definitively that they caused the collapse.

The emails between the condo building and the town came after years of delay over the structural repairs.

The problems with the building were first highlighted by an inspection report submitted by an engineering firm to the condo board in 2018. The report urged work on a concrete slab that been improperly laid flat instead of sloped, preventing water from draining off, because it was causing “major structural damage.”

The report submitted by Morabito Consultants did not warn that the building was in danger of falling down. And a town building official at the time was reassuring, telling members soon after the report that the condo building was in “very good shape."

Another possible factor adding to the delay was Morabito Consultant's estimated price tag for the work — more than $9 million.

Some owners protested, members of the board left, new ones came in, the repairs were put off and by the time a new board was ready to start the work this year, the price tag had ballooned to more than $15 million, according to a board letter sent to owners in April.

When the building fell on June 24, the board had taken out a loan, work on the roof had begun, requests for bids for structural repairs were put out, and some owners had already paid in full their special assessment to pay for the work. Those who elected to pay in installments over many years instead faced a deadline for their first payments on July 1.