Average daily user growth spiked 34% in the second quarter. It's the largest jump in users ever recorded by the company. 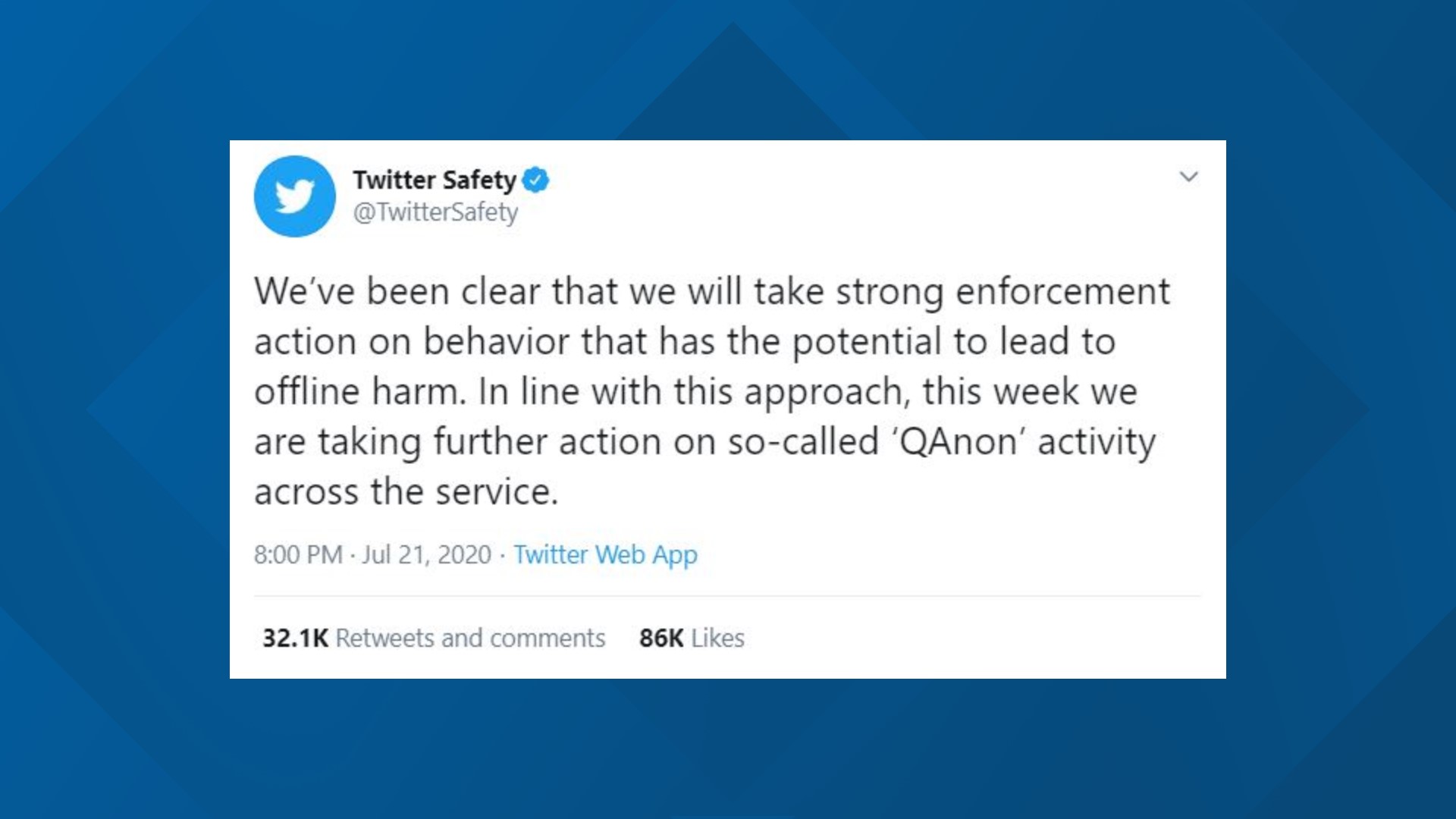 LONDON, UK — The global pandemic and U.S. protests are forcing a pullback by advertisers on Twitter, but it's also led to an unprecedented surge of users.

Average daily user growth spiked 34% in the second quarter, the company said Thursday, the largest jump in users ever recorded by the company.

In an earnings call, CEO Jack Dorsey addressed an embarrassing hacking incident last week that compromised the accounts of high profile users, saying he felt “terrible" about it.

Shares of Twitter bounced 4% higher at the opening bell.

Revenue fell by about a fifth to $683 million, far short of the $702 million Wall Street had expected, according to a survey of analysts by FactSet.

Twitter’s advertising business was hit harder than its larger rivals Google and Facebook, and analysts had expected the bleeding to continue in the second quarter. The company said ad revenue made a “gradual, moderate recovery” relative to levels in March but many brands then slowed or paused their spending in late May to mid-June, following the outbreak of Black Lives Matter protests in the U.S.

Ad revenue fell 15% in the last three weeks of June, which was better than the 27% decline in the final three weeks of March, with advertiser demand returning as the protests subsided, Chief Financial Officer Ned Segal said in the earnings call.

New users have been flocking to the platform as they isolate, with the number of daily active users jumping to 186 million.

“Twitter’s strength as a news and entertainment source has helped buoy engagement during the pandemic as housebound consumers use the platform for real-time news and information,” said eMarketer analyst Jasmine Enberg. But she does not expect this to continue as stay-at-home restrictions are beginning to lift and people are starting to return to more normal routines.

The platform's earnings results were overshadowed by the continuing fallout from a hack last week that targeted 130 accounts, including world leaders, celebrities and tech moguls, and appeared designed to lure their Twitter followers into sending money to an anonymous Bitcoin account. The company revealed more details Wednesday, saying hackers accessed the direct message inboxes of 36 accounts, including an elected Dutch official. It didn't identify the official but Dutch anti-Islam lawmaker Geert Wilders said it was him.

“Last week was a really tough week for all of us at Twitter," Dorsey said. “We feel terrible about the security incident that negatively affected the people we serve and their trust in us."

Twitter also faces another challenge: a social media ad boycott. Facebook is the primary subject of the boycott by hundreds of advertisers over its policies and actions on hate speech and misinformation. The effect of the boycott, which runs for at least the month of July and wouldn't be included in the second quarter, is unclear for Twitter – some advertisers are pausing ads on all social media, while some analysts believe others may redirect ad spending to Twitter from Facebook.