The bird was found with what appears to be buckshot in its right wing and had to be euthanized. 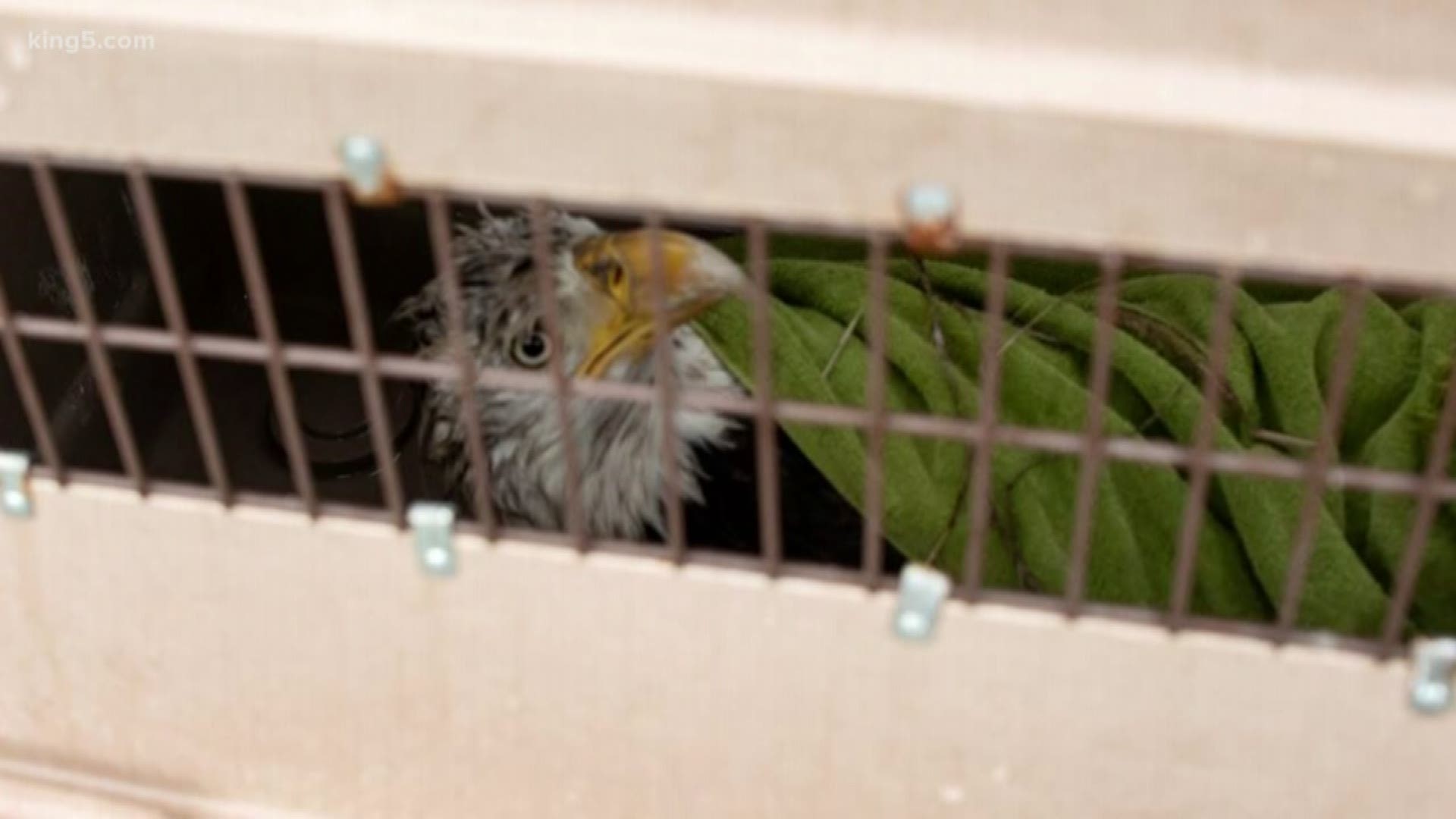 TACOMA, Wash. — The Washington Department of Fish and Wildlife (WDFW) is seeking information after a bald eagle was found injured and left for dead near the Port of Tacoma.

The eagle had to be euthanized due to the injuries.

WDFW got a report of an injured bald eagle on Jan. 9 at the Port of Tacoma's Gog-le-hi-te Wetlands at 1402 Lincoln Ave. Wildlife experts didn't find the bird, but got another report the next day and ended up finding the animal.

The roughly 4-year-old female bald eagle was taken to All Creatures Animal Hospital near Gorst. X-rays showed the bird had what appeared to be buckshot in its right wing. It was transferred to the West Sound Wildlife Shelter for treatment, but unfortunately did not survive, according to the hospital's manager Fawn Harris.

Credit: Port of Tacoma
A bald eagle was found with buckshot in its wing on Jan. 10. Wildlife experts came out to help capture the injured animal.

The bird had a fracture in its wrist, which is actually the tip of its wing. The bird could not survive with that sort of injury if it was released, so the bird was euthanized, Harris said. It's undetermined if the fracture was a result of the buckshot.

WDFW is awaiting the results of a necropsy to determine the bird's official cause and manner of death. The U.S. Department of Fish and Wildlife is also getting involved.

If anyone is found responsible for injuring the bird, they could face federal charges since the bald eagle is protected under the Bald and Golden Eagle Protection Act.

Credit: West Sound Wildlife Shelter
Caretakers highlight the area where a bald eagle was injured by a hunter's buckshot after being found in Tacoma.