Police have not discussed a motive for the killing. 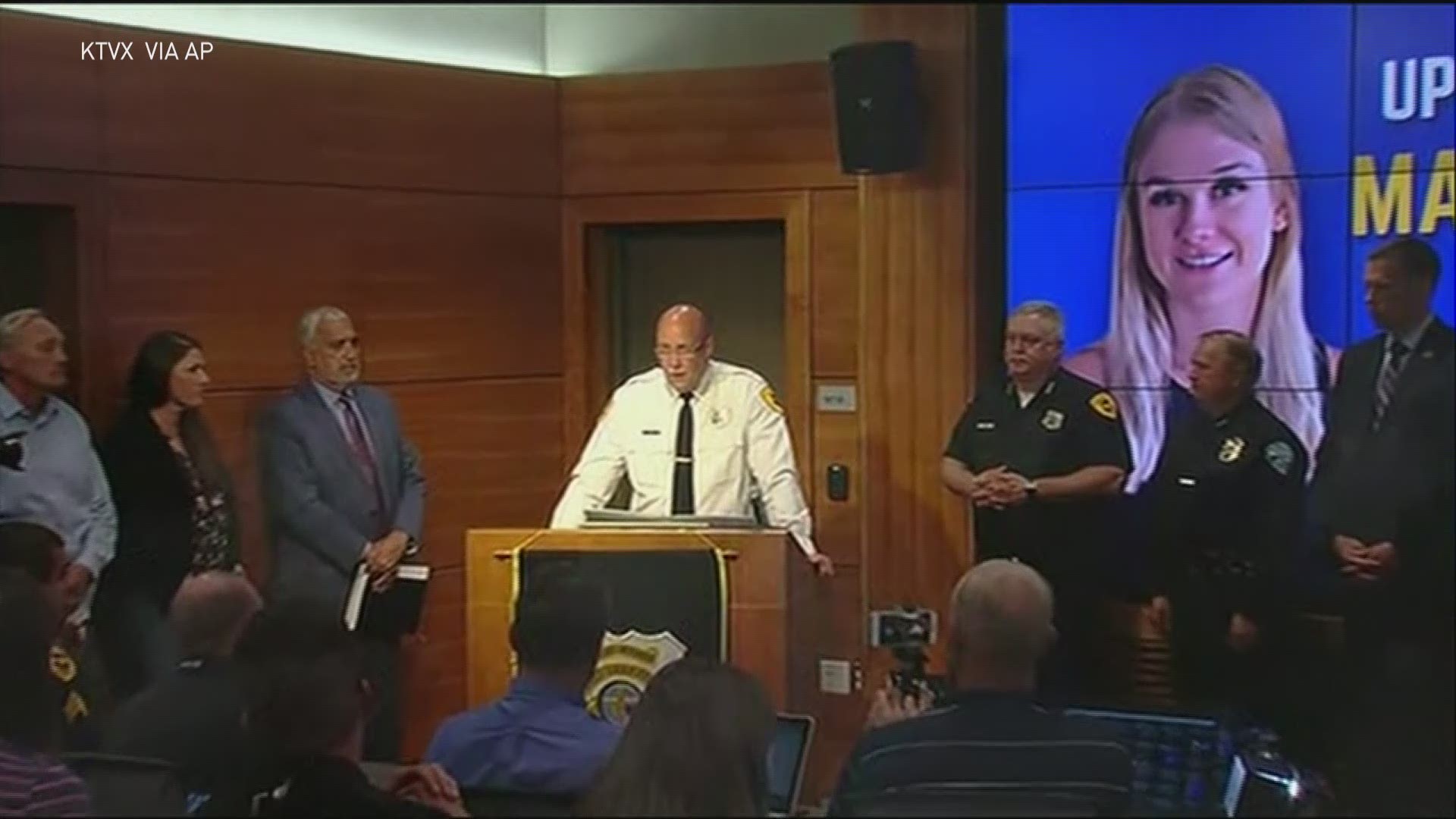 SALT LAKE CITY — A tech worker accused in the disappearance and death of a Utah college student has been charged with murder, kidnapping and other charges.

Prosecutors filed the case Wednesday against 31-year-old Ayoola A. Ajayi, who police say was the last person that Mackenzie Lueck communicated with before she disappeared on June 17.

District Attorney Sim Gill also said Lueck's cause of death was blunt force trauma to the head, and her body was found with her arms bound behind her.

Police have not discussed a motive for the killing. It isn't clear how Ajayi and Lueck knew each other. Lueck was missing for nearly two weeks before Ajayi was arrested.

Ajayi is an information technology worker who had stints with high-profile companies and was briefly in the Army National Guard.

RELATED: Suspect in Utah student's death had been barred from campus, report says

He has no criminal history but was investigated in a 2014 rape allegation and was arrested in a stolen iPad case at Utah State in 2012. The arrest and the expiration of his student visa led to him being banned from the campus for about three years.

A native of Nigeria, Ajayi is now a U.S. citizen, records show.

His ex-wife has told reporters she was afraid of him, and police have investigated a report that he asked a contractor to build a secretive and soundproof room in his home.

Neighbors reported a fire in his backyard at the time Lueck disappeared, police have said.

The 23-year-old Lueck disappeared shortly after she returned from a trip to her California hometown for the funeral of her grandmother and took a Lyft from the airport to a park, where she met someone.

Police have said they found charred tissue in the backyard of Ajayi's home in Salt Lake City and her body in a canyon 85 miles (138 kilometers) away.

Lueck has been remembered as a bubbly, nurturing person. She was a member of a sorority and a part-time senior at the University of Utah studying kinesiology and pre-nursing.