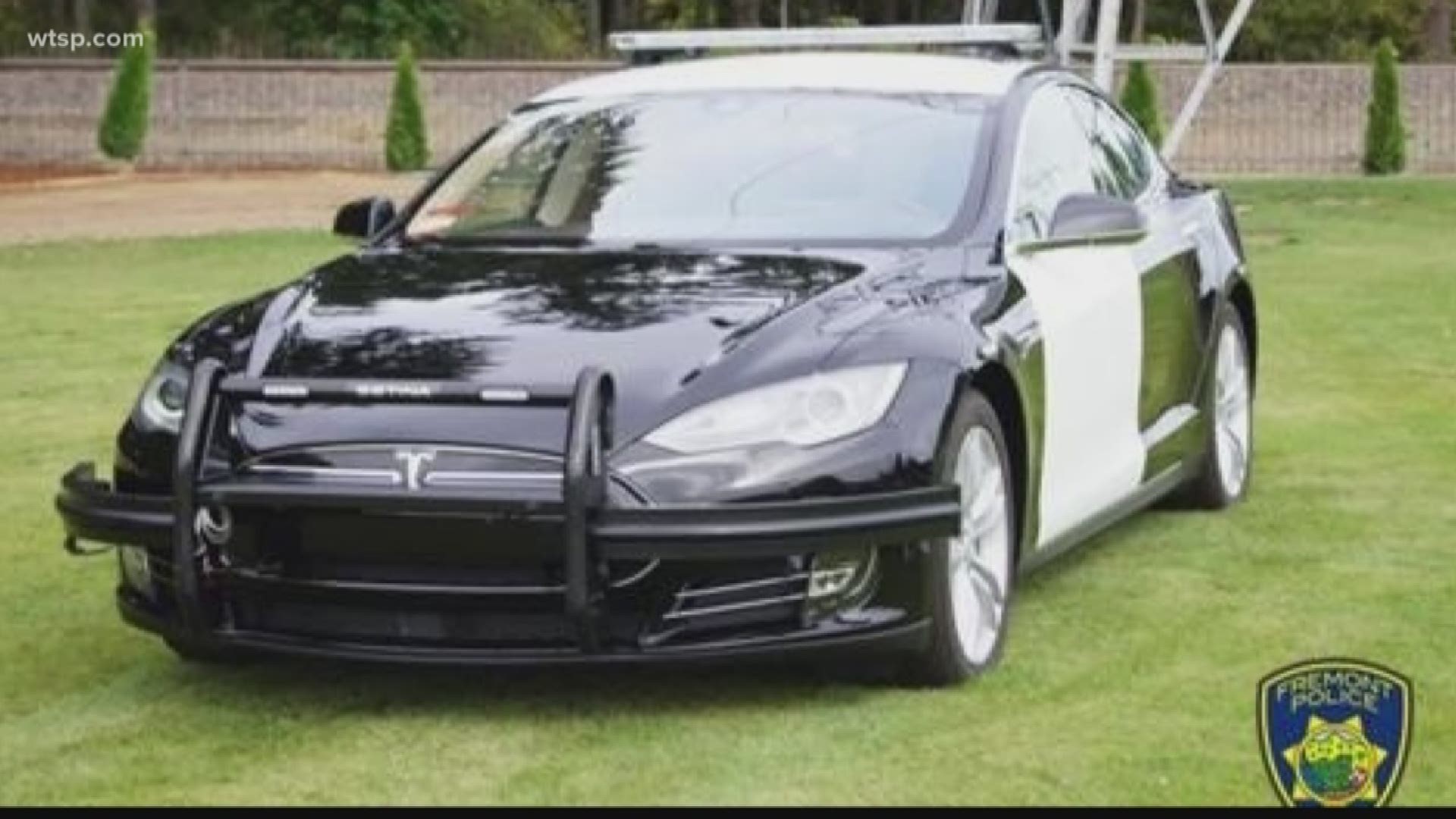 FREMONT, Calif. — It was a case of bad timing for one police officer in California.

One of the Fremont Police Department’s Tesla patrol cars got low on power in the middle of a chase, KPIX said.

KPIX reports the department had said someone had forgotten to plug in the car.

The officer driving the Tesla radioed in and said he was losing power and asked if somebody else could move into the number one spot during the chase, according to KPIX.

The police department said it started a pilot program using these cars earlier this year as a way to cut back on greenhouse gas emissions.

RELATED: Volkswagen bets big on electric. Will consumers buy in?