The medal honoring Major Jake Lowry's 'heroic or meritorious achievement' was in a box of his belongings sent home before he returned from overseas. 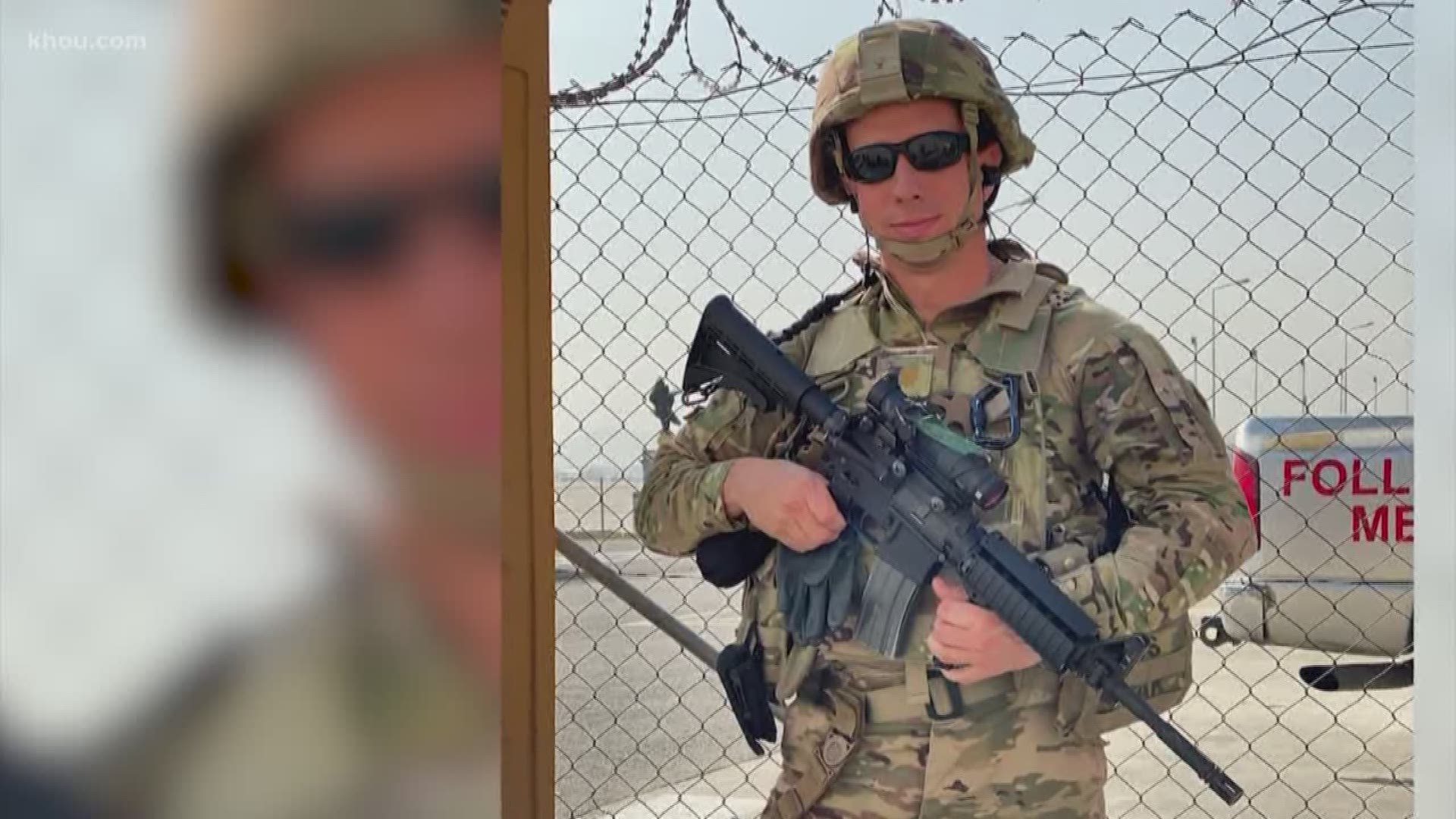 GALVESTON, Texas — Coming home for the holidays is off to a rough start for an Army major in Galveston. Days before he returned after a long deployment overseas, he was the victim of package thieves.

Lowry spent the last nine months on the front lines in Afghanistan, making sure America's military dogs involved in critical operations had the highest care possible. Now the Army reserve soldier and veterinarian is back in Galveston.

"We were pretty worn out and we were more than happy when we got our tickets to come home," Lowry said. "I came home and I was expecting some packages that I'd shipped from Afghanistan to be here when I got home."

When he finally arrived on U.S. soil, the package had been rummaged by thieves.

"When you open the box and you see the word Afghanistan and you take those items anyway," said Lowry. "Really? Can't you at least give me a pass. It's just disappointing that somebody would see those items and just decide, 'Wow, I'm going to take these even though I can't understand what they're for and what they're about.'"

Inside the package was Lowry's Bronze Star for his service and a special coin awarded to him by British Special Forces for caring for their military dogs too.

"I was pretty angry to be honest," said Lowry. "These things have no monetary value. They only have emotional value to me. When it's just something that isn't worth anything on the market, but has tremendous emotional value, that's pretty upsetting."

Their worth isn't calculated in dollars but in memories. Lowry says the awards are reminders of the sacrifice of all servicemen and women.

Galveston police and local pawn shops are on the lookout for his prized possessions. Lowry is hoping an appeal to the public will move a thief to do the right thing.

"If you happen to know where they are, I just want them back," said Lowry. "That's all there is. No questions. Drop them in my mailbox please. I just really want them back that's all."