This city already has a border wall, but smugglers are just digging tunnels under it

A 25-foot border wall and fence already exist in Nogales, Ariz. Three drug tunnels have been discovered there in the past six weeks. 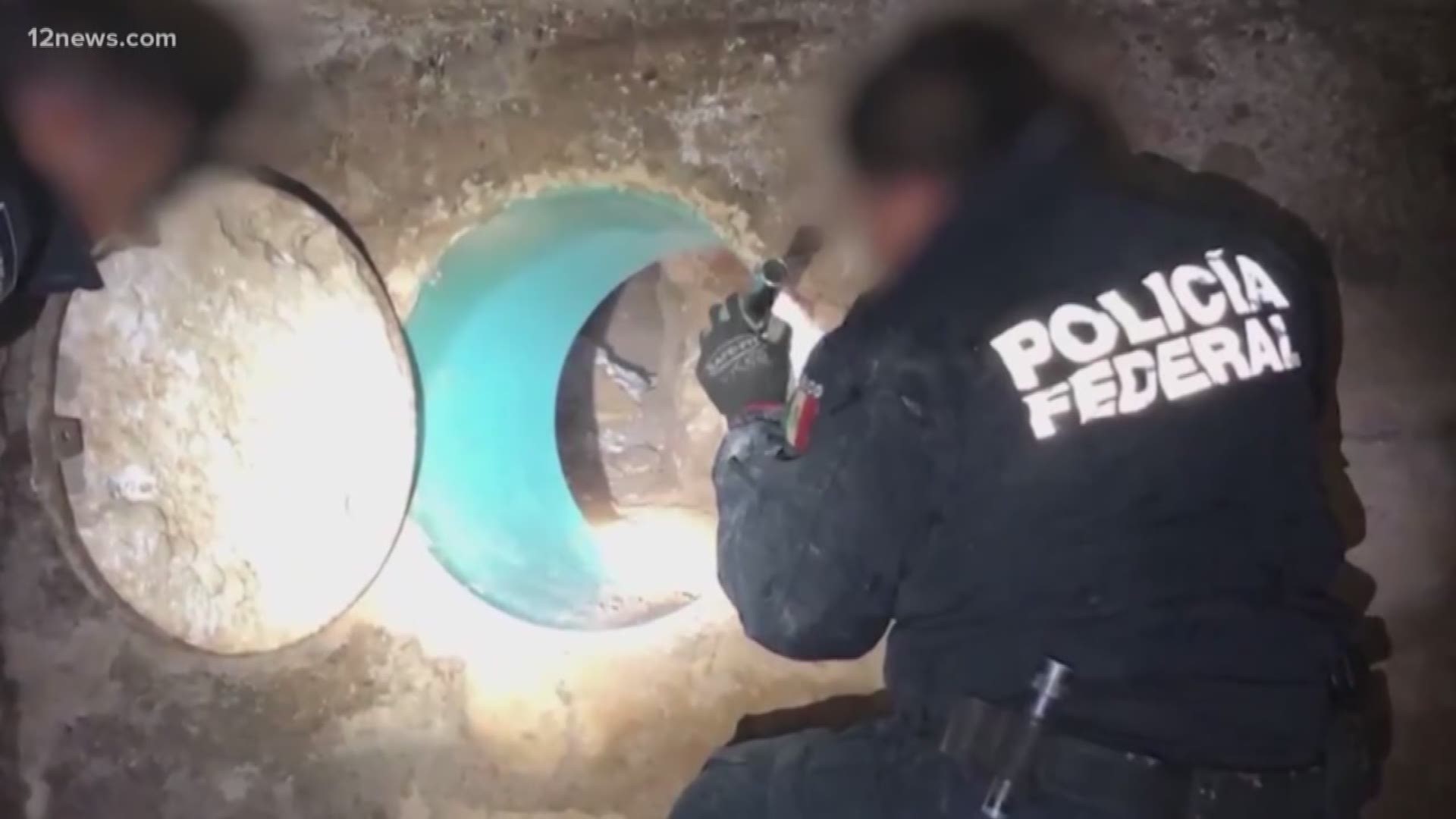 NOGALES, Ariz. — Three underground drug tunnels have been discovered in the past six weeks that authorities say run from Mexico to the border town of Nogales, Ariz.

These discoveries and the news about U.S. border officials announcing the biggest fentanyl bust in history have helped fuel the Trump administration's calls for a border wall along the U.S.-Mexico border.

One problem: Nogales already has a 25-foot border wall and fence. Smugglers have just been digging under it, climbing over it and driving through it.

Phoenix TV station KTVK said the discoveries of three drug tunnels in the same city since December are "exposing a weakness in President Donald Trump's argument" that a new border wall will stop drug and human smuggling.

The CBS affiliate station spoke with Andrew Gordon, an attorney who served under President Barack Obama's Secretary of Homeland Security.

"This is political theater," Gordon said to KTVK. "The places where the fence is going to be most effective, it's already in place and has been since I was at Homeland Security."

KTVK also reported last week that Customs and Border Protection officers and agents had seen immigrants climbing over the border fence in Nogales.

The tunnel discovered most recently is believed to be about 32 feet long. Mexican police released a video of the tunnel, which they say runs from Mexico to Nogales.

In the video, Mexican authorities say they believe the tunnel was being used to smuggle drugs and people across the border.

Before that, Mexican police found a 65-foot tunnel inside an abandoned business in Nogales about four blocks south of the international boundary, the Arizona Republic reported.

On Dec. 17, 2018, CBP officials in Arizona said they and Mexican authorities had found a tunnel in downtown Nogales. The tunnel is unfinished but stretched almost 44 feet into a parking lot in Arizona.