This is the 'Star Wars'-themed park you're looking for

Disney is introducing 'Star Wars: Galaxy's Edge' which immerses you a full experience on a planet in a galaxy far, far away. 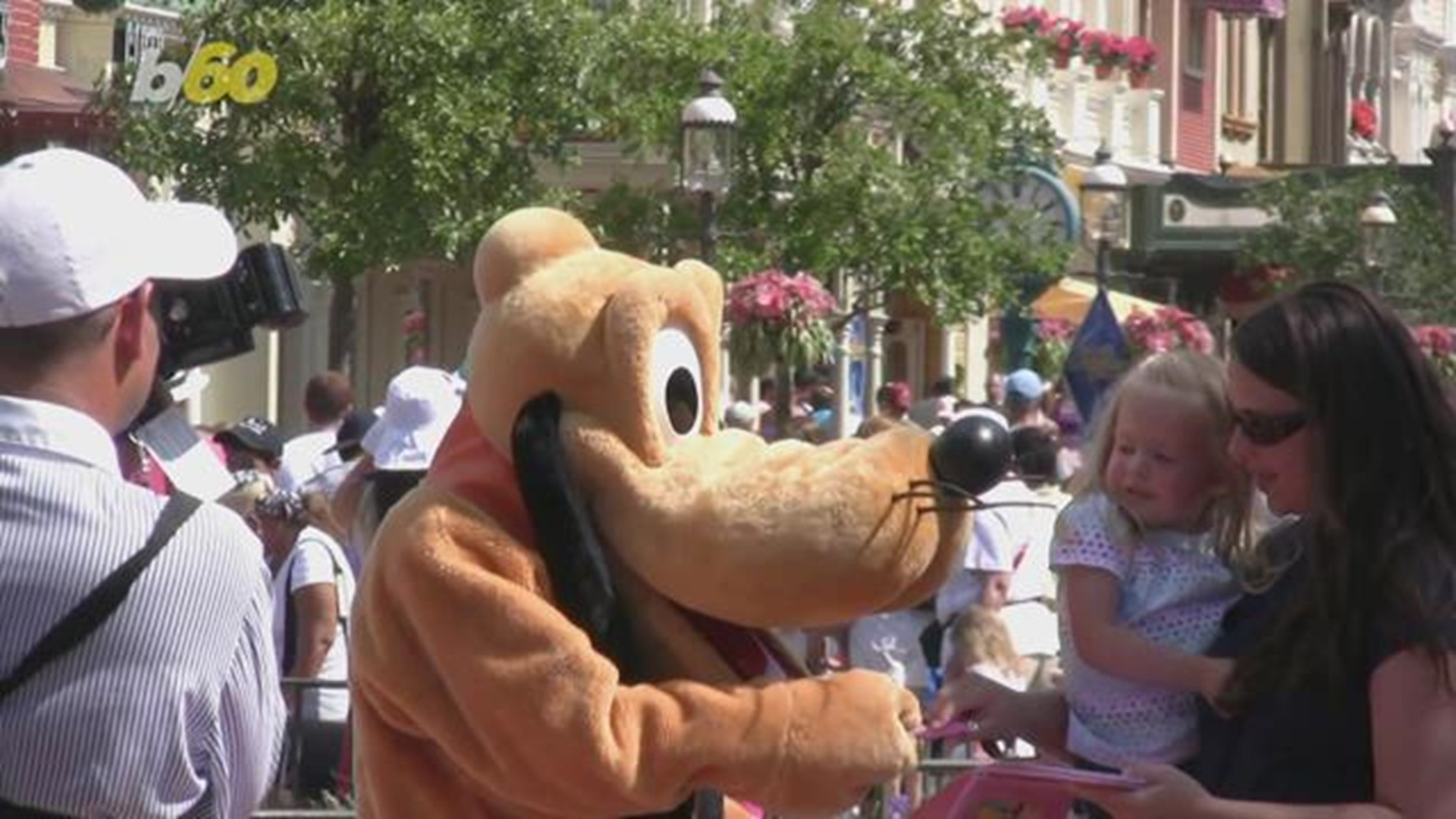 LOS ANGELES — The world of Star Wars is coming from a galaxy far, far away to become the largest single-themed land created in a Disney park.

Star Wars: Galaxy's Edge is an adventure through the grungy planet Batuu where guests can build their own droids and lightsabers, interact with aliens and climb into the cockpit of the massive Millennium Falcon, where you will discover your mission and engage in a dogfight with Tie Fighters.

The sprawling 14-acre land is set on a remote world in the newest "Star Wars" trilogy — so don't expect appearances by Luke Skywalker or Darth Vader. But some familiar faces including Rey, Finn, Kylo Ren and fan-favorite Chewbacca will be a part of the adventure as visitors explore the immersive world. 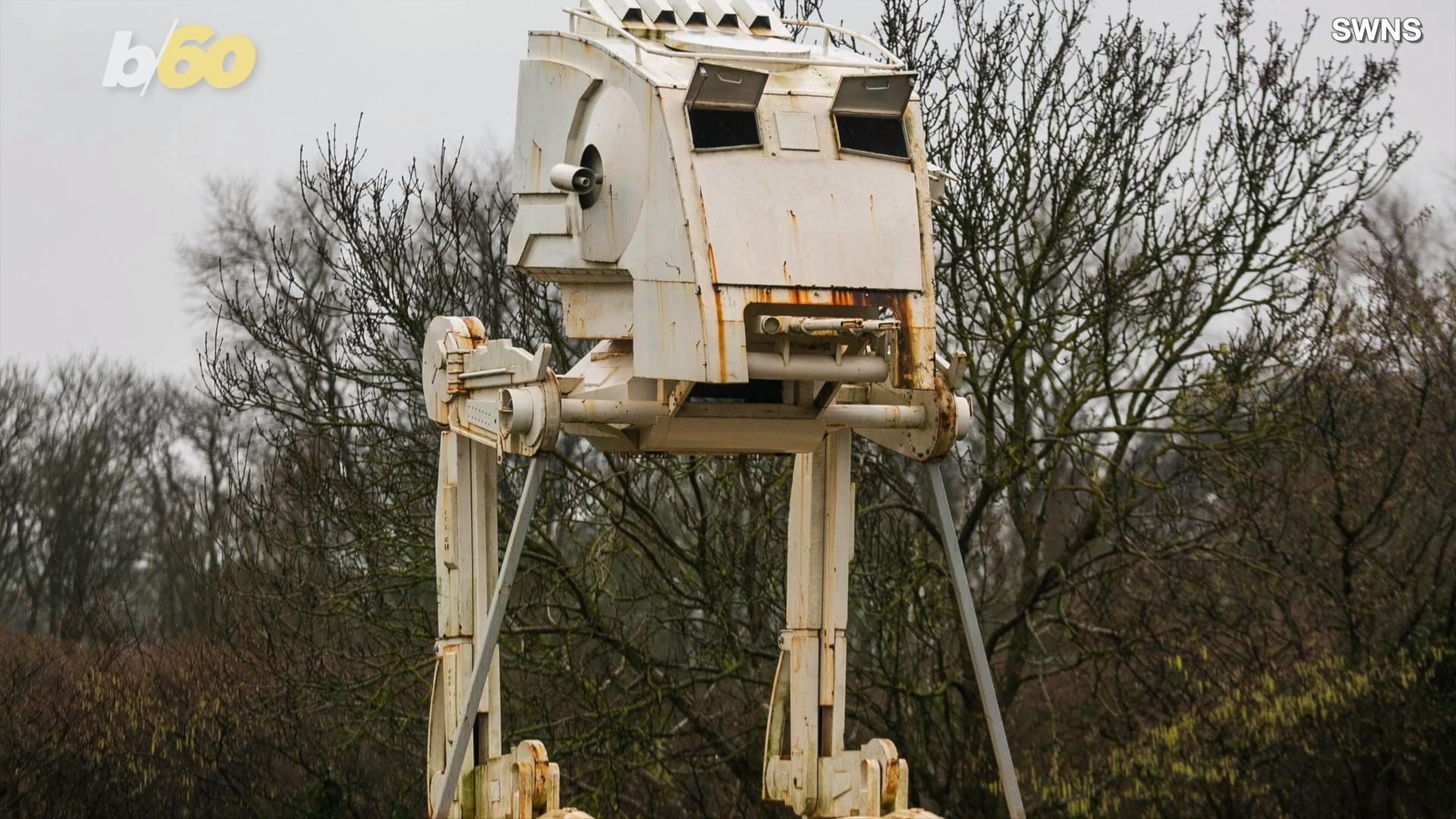 Galaxy's Edge is set to open this summer at the Disneyland Resort in Anaheim, California, then in the fall at Disney's Hollywood Studios in Orlando, Florida. The lands at both parks are nearly identical and offer a mix of trading outposts, a cantina and even a wooded area where Resistance fighters have set up camp. Entry is included with a park ticket, but it'll cost more for guests who want to create their own lightsaber or purchase their own droid modeled on R2-D2 or BB-8.

"You will not think you're in a theme park," he said. "Every cast member will be in character, the food and beverage and language will be in story. The merchandise inside the shops won't be in boxes that say Disney on them. Everything is very, very immersive." 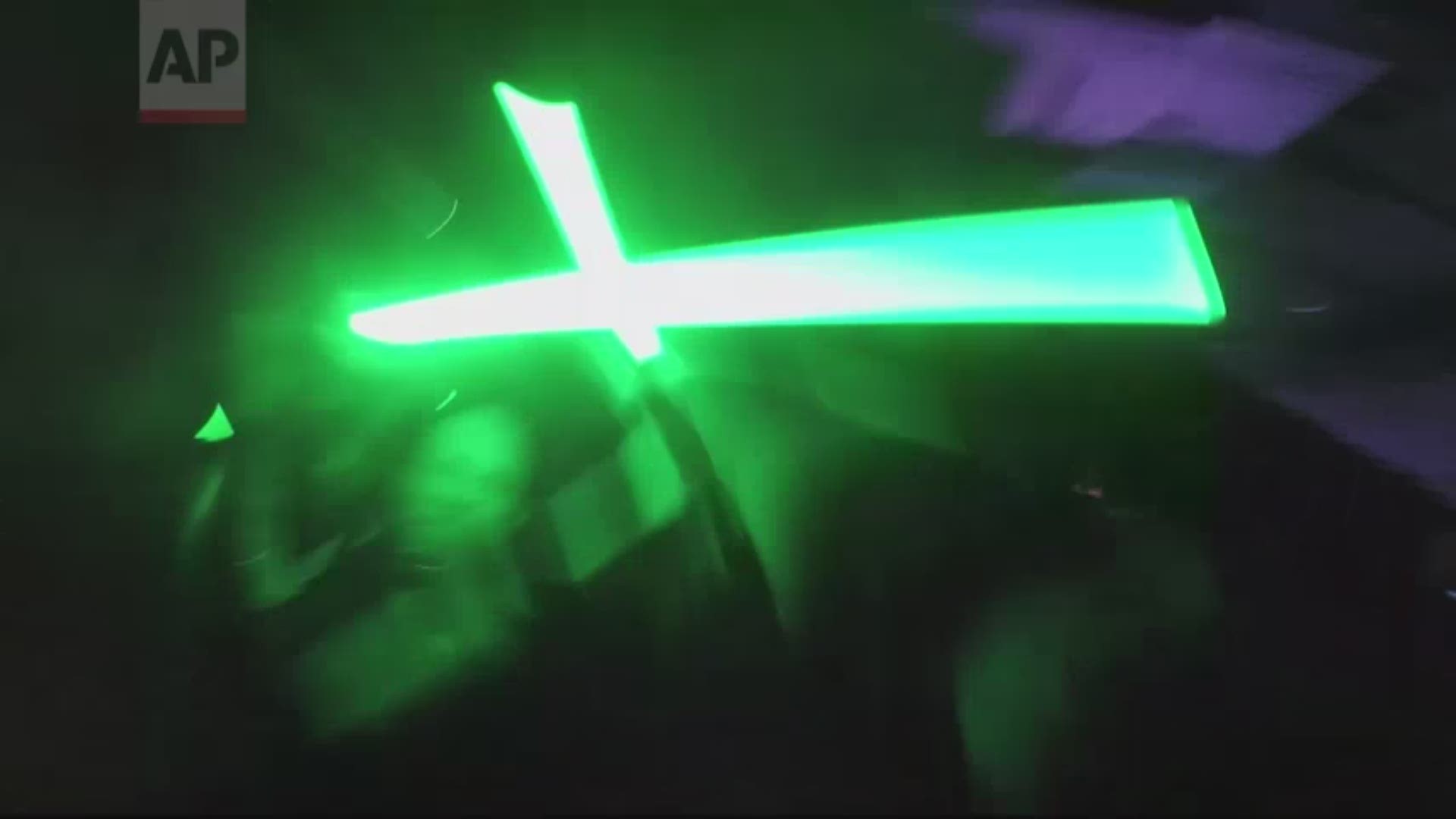 In a behind-the-scenes look, park officials took The Associated Press on a tour of Batuu, an uncharted region of lush trees and spires. The land is also filled with smugglers and traders hoping to avoid the First Order, the successor of the evil Galactic Empire.

Galaxy's Edge is still under construction, but its buildings, shops and main attractions are in place. Right now the focus is on "cosmetics and making sure the equipment is working properly," said John Larena, executive creative director at Walt Disney Imagineering.

Here are some of the land's key features:

Selfie opportunities will be abundant inside and out of the "the fastest hunk of junk in the galaxy." The spaceship is the exact replica of the ship from the films, measuring more than 100 feet long.

Inside the cockpit, a team of six people operate the spacecraft during an interactive experience that, just like the movies, that will get a little bumpy. An encounter with First Order fighters put guests in the role of pilots, gunners or flight engineers to ensure their mission is completed.

While others wait their turn, they will walk the halls of the Falcon or hangout in the area where R2-D2 played a round of the holographic chess-like game called Dejarik against Chewbacca in the original film.

Credit: AP
This rendering released by Disney and Lucasfilm shows people on the planned Inside Millennium Falcon: Smugglers Run attraction, part of Star Wars: Galaxy's Edge a 14-acre area set to open this summer at the Disneyland Resort in Anaheim, California, then in the fall at Disney’s Hollywood Studios in Orlando, Florida. (Disney Parks/Lucasfilm via AP)

RISE OF THE RESISTANCE

This is where it gets real. On a full-size starship, guests play as new Resistance recruits and go on a journey. A hologram image of Rey will appear with a message before guests board their ship and take off from Batuu and head into the orbit.

But the starship runs into some trouble: It's intercepted by a nearby Star Destroyer. This sets up a climactic battle against military members of the First Order, who will probably give you a piece of their mind.

"They'll bark at you," Larena said. "They might say 'Move along, move along. You're going into detention."

Resistance guests will be thrown into a detention cell where they could run up against Kylo Ren.

"You have to figure your way out of the ship," Larena said. "There's always a way out."

Even though Skywalker, Vader and Yoda won't show up in "Galaxy's Edge," their lightsabers will. Guests will be able to purchase their popular weapon or hand-build their own. Bring plenty of credits: the price for the hilt is around $109 and the blade costs $49 depending on the type.

Park officials say they understand guests want to enjoy their new lightsabers, but they ask that they remain stowed when on attractions and around crowds for the safety of others.

Who doesn't want their own personal R2 unit?

Guests — for an undisclosed cost — can either purchase a pre-built droid or build one in the colors of their choosing by picking pieces off a conveyor belt.

They're not just pretty to look at. Park official says the droids will be controllable by guests.

There's no such thing as chicken in "Galaxy's Edge." That's Tip Yip, and the cornbread that you might eat with it is blue, gravy is green and cauliflower is orange.

Much of the food is plant based with dairy-free mash potatoes and vegan meatballs.

The cantina will be the first location to serve alcohol to the general public in Disneyland's 60-plus year history. It's the place to come and unwind, but officials say it's also known to have some of the most disreputable characters in the galaxy.

And yes, droids are allowed.

Galaxy's Edge is the first land within a Disney park designed to integrate with the app. It can help translate Star Wars languages and scan crates to discover contents within them. The app can also be used to interact with droids, media screens, door panels and drinking fountains.