The government said it will allow anyone who has already paid for a Cuba cruise trip to go ahead with it. But the process going forward isn't clear. 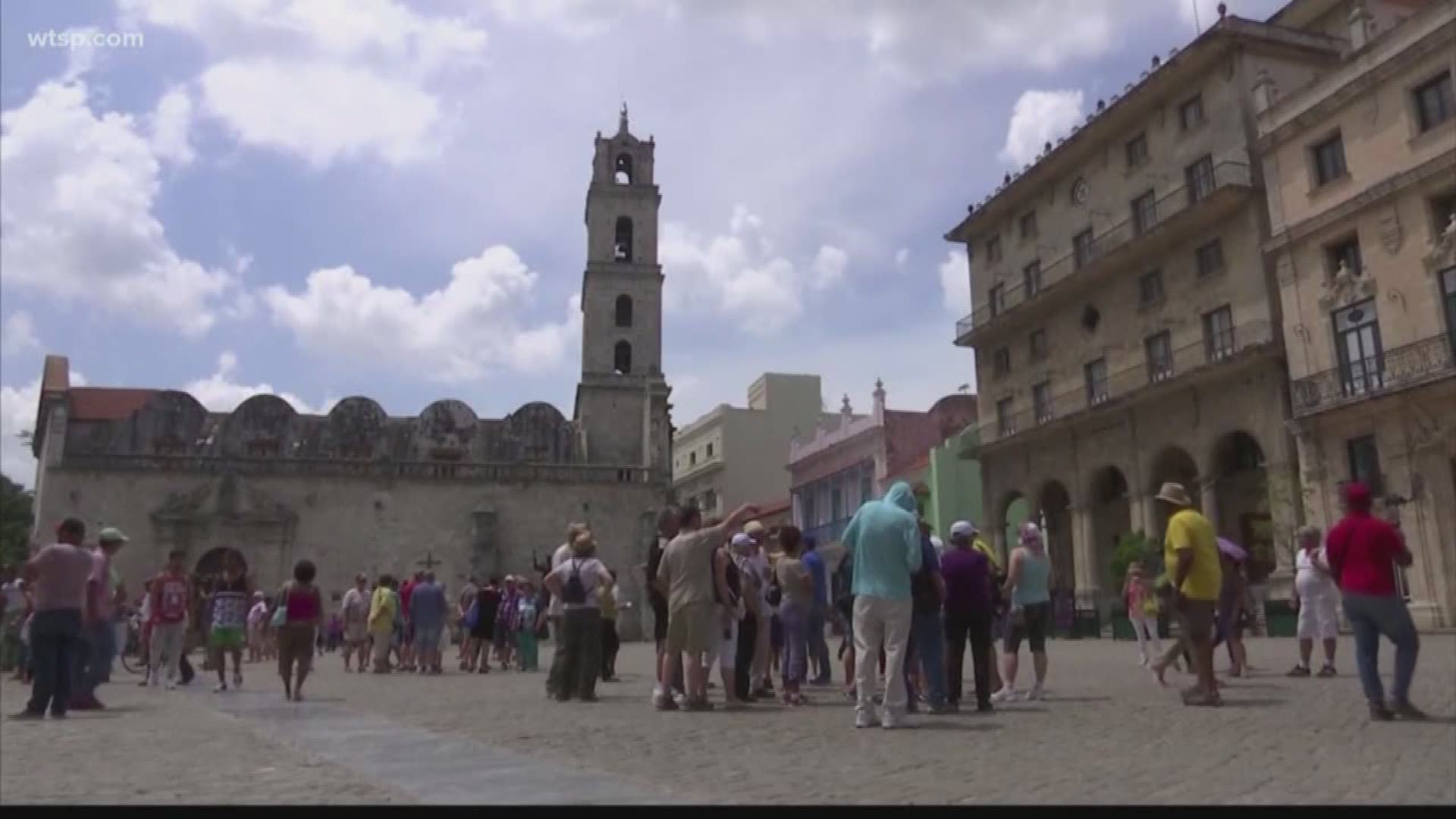 The Trump administration on Tuesday ended the most popular forms of U.S. travel to Cuba, banning cruise ships and a heavily used category of educational travel in an attempt to cut off cash to the island's communist government.

Cruise travel from the U.S. to Cuba began in May 2016 during President Barack Obama's opening with the island. It has become the most popular form of U.S. leisure travel to the island, bringing 142,721 people in the first four months of the year, a more than 300% increase over the same period last year. For travelers confused about the thicket of federal regulations governing travel to Cuba, cruises offered a simple, one-stop, guaranteed-legal way to travel.

That now appears to be over.

"Cruise ships as well as recreational and pleasure vessels are prohibited from departing the U.S. on temporary sojourn to Cuba effective tomorrow," the Commerce Department said in a statement to The Associated Press.

The new restrictions are part of a broader effort by the administration of President Donald Trump to roll back the Obama-era efforts to restore normal relations between the United States and Cuba, which drew sharp criticism from the more hardline elements of the Cuban-American community and their allies in Congress.

Treasury said the sanctions would take effect on Wednesday after they are published in the Federal Register.

U.S. national security adviser John Bolton, who declared Cuba part of a "troika of tyranny " along with Nicaragua and Venezuela as he outlined plans for sanctions in November, said the new policy is intended to deny the Cuban government a vital source of revenue.

"The Administration has advanced the President's Cuba policy by ending 'veiled tourism' to Cuba and imposing restrictions on vessels," Bolton said on Twitter. "We will continue to take actions to restrict the Cuban regime's access to U.S. dollars."

The Cuban government imposed food rationing last month as a result of tightened U.S. sanctions and a drop in subsidized oil and other aid from Venezuela. For the Cuban government, cruise travel generated many millions of dollars a year in docking fees and payments for on-shore excursions, although those figures were never made public. Cuba also has become the most-requested destination for many South Florida-based cruise lines.

The new restrictions take effect Wednesday, but the government said it will allow anyone who has already paid for the trip to go ahead with it. But the process going forward for passengers isn't clear.

Cruise lines carrying passengers booked before Tuesday have been hoping that they could request specific federal permits to complete their trips to Cuba, said Pedro Freyre, a Miami-based attorney who represents Carnival and three other major cruise lines.

"For now, it's prohibited unless the cruise lines requests a specific license," Freyre said. He said cruise lines had been trying to determine "if there's any opening there to at least complete trips that have been booked and passengers that have made travel plans."

Norwegian Cruise Line said in a statement that it was scrutinizing the new rules and consulting with lawyers and trade experts.

"We are closely monitoring these recent developments and any resulting impact to cruise travel to Cuba," Norwegian Cruise Line said in a statement. "We will communicate to our guests and travel partners as additional information becomes available."

Shore excursions from cruise ships tend to be organized by the cruise lines in cooperation with Cuban government tour agency Havanatur. A smaller number hire private tour guides or drivers of restored classic cars who wait outside Havana's cruise docks.

"This affects all of us," said William Mártinez, 58, a Cuban-born American who lived in Florida for 46 years but returned five years ago to drive a classic car for tourists. "It's inhuman, the sanctions that they're putting on Cuba."

Treasury Secretary Steven Mnuchin said the measures are a response to what it calls Cuba's "destabilizing role" in the Western Hemisphere, including support for the government of President Nicolas Maduro in Venezuela.

"This administration has made a strategic decision to reverse the loosening of sanctions and other restrictions on the Cuban regime," Mnuchin said. "These actions will help to keep U.S. dollars out of the hands of Cuban military, intelligence, and security services."

Along with the cruise ships, the U.S. will also now ban most private planes and boats from stopping in the island.

Cruises have become more popular than flights for leisure travelers to Cuba — nearly 30,000 more came by cruise ship than flights this year. The figures exclude Cuban-born Americans visiting family on the island.

"I've been dying to come to Cuba forever, to see the cars, the buildings," said Maria Garcia, a 46-year-old teacher from Puerto Rico who arrived in Havana Tuesday morning on a Norwegian cruise line. "I could do it with this cruise ... Trump needs to understand that people should come to this country, to enjoy and get to know its culture, just like we would do in any other part of the world."

Commercial airline flights appear to be unaffected by the new measures and travel for university groups, academic research, journalism and professional meetings will continue to be allowed.

Collin Laverty, head of Cuba Educational Travel, one of the largest Cuba travel companies in the U.S., called the new measures "political grandstanding aimed at Florida in the run up to the 2020 elections."

"It's also terrible for U.S. companies that are providing employment and paying taxes in the US and creating an economic footprint on the island," he said.