Members of Congress have voted to impeach Donald Trump, making him the third U.S. president to ever be handed the penalty by the House. 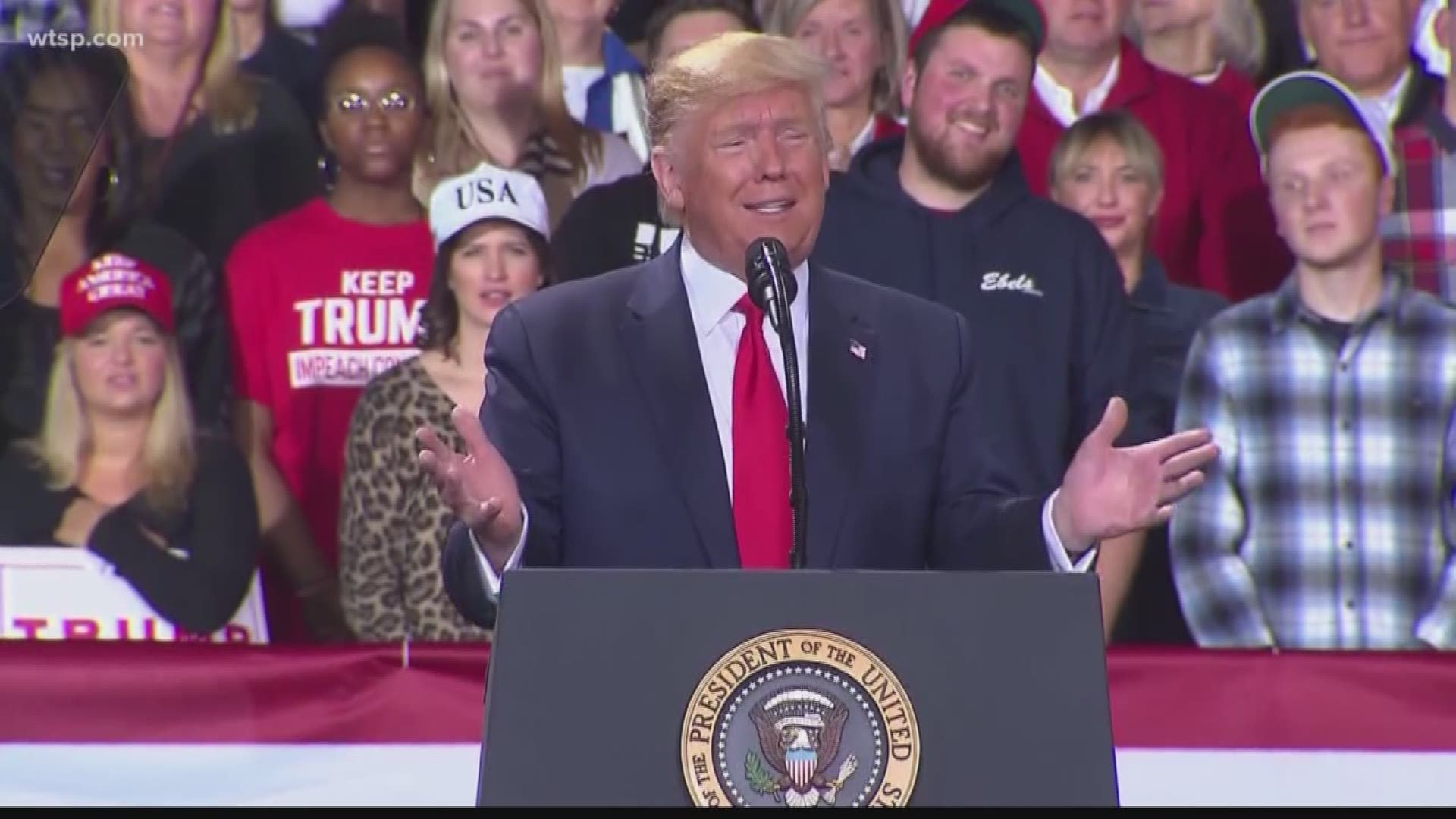 WASHINGTON — The U.S. House, marching into a historic evening, has voted to impeach President Donald Trump.

Twenty-eight of 31 Democrats from districts that Trump won in 2016 voted for both articles, according to a tally by The Washington Post. Rep. Jared Golden of Maine voted yes only on abuse of power. Reps. Collin Peterson of Minnesota and Jeff Van Drew of New Jersey voted against both articles. Van Drew has said he is considering becoming a Republican.

No Republicans voted in favor of impeachment.

Rep. Justin Amash, an independent who left the Republican party in July, voted yes on both articles.

It makes the 45th president only the third commander in chief to be impeached after Andrew Johnson and Bill Clinton. Richard Nixon resigned before the House could vote.

A defiant Trump lashed out during a rally in Michigan.

Mid-rally, an aide held up a sign notifying Trump of the impeachment vote count and the president announced to the crowd that “every single Republican voted for us. Whoa. Wow, wow. ... And three Democrats voted for us."

Trump also tweeted a photo of himself pointing toward the camera with the caption, "In reality they're not after me, they're after you. I'm just in the way."

As debate proceeded Wednesday, Democratic House Speaker Nancy Pelosi insisted Congress must "defend democracy" by evicting him from the White House. She had kicked off the hourslong debate shortly after noon Eastern time. 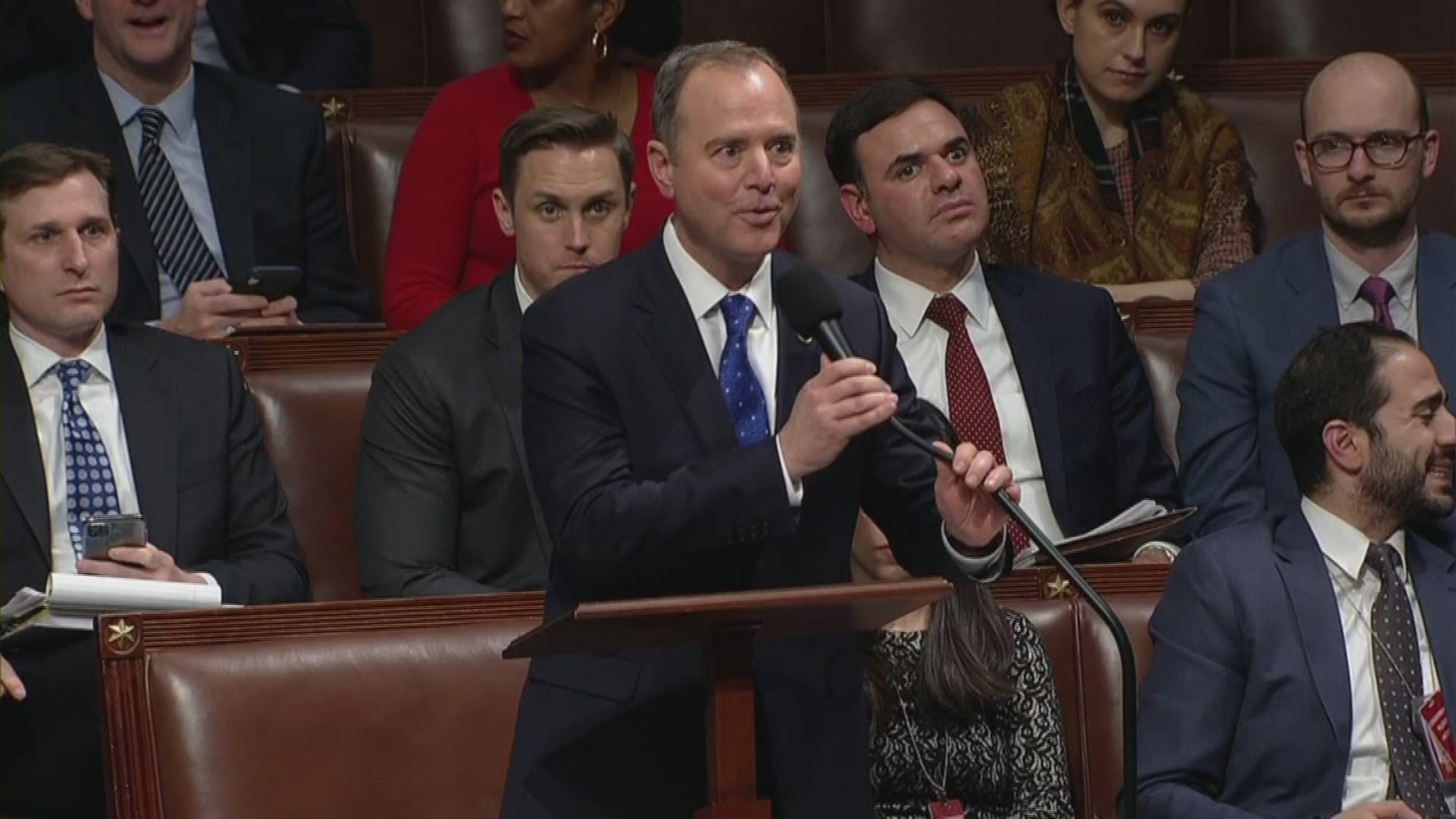 From the White House, he tweeted that despite the Democrats' patriotic talk, they were actually perpetrating “an assault on America.” 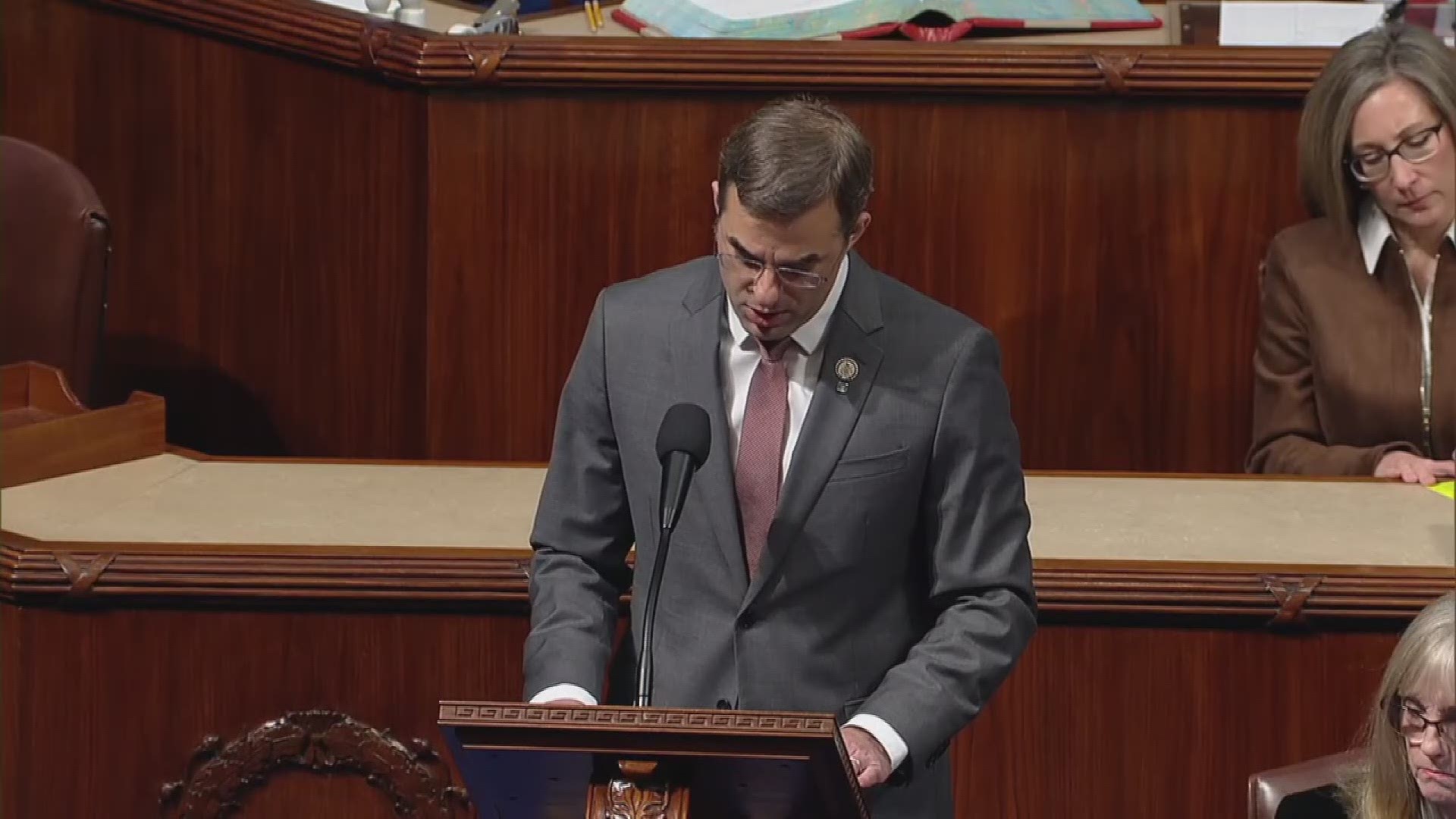 As soon as Wednesday's session began, Republicans tried to stall it out. Chairman of the conservative House Freedom Caucus, Rep. Andy Biggs, R-Ariz., called for the House to adjourn and forced a roll call vote.

RELATED: Huizenga to vote no, Amash yes on articles of impeachment 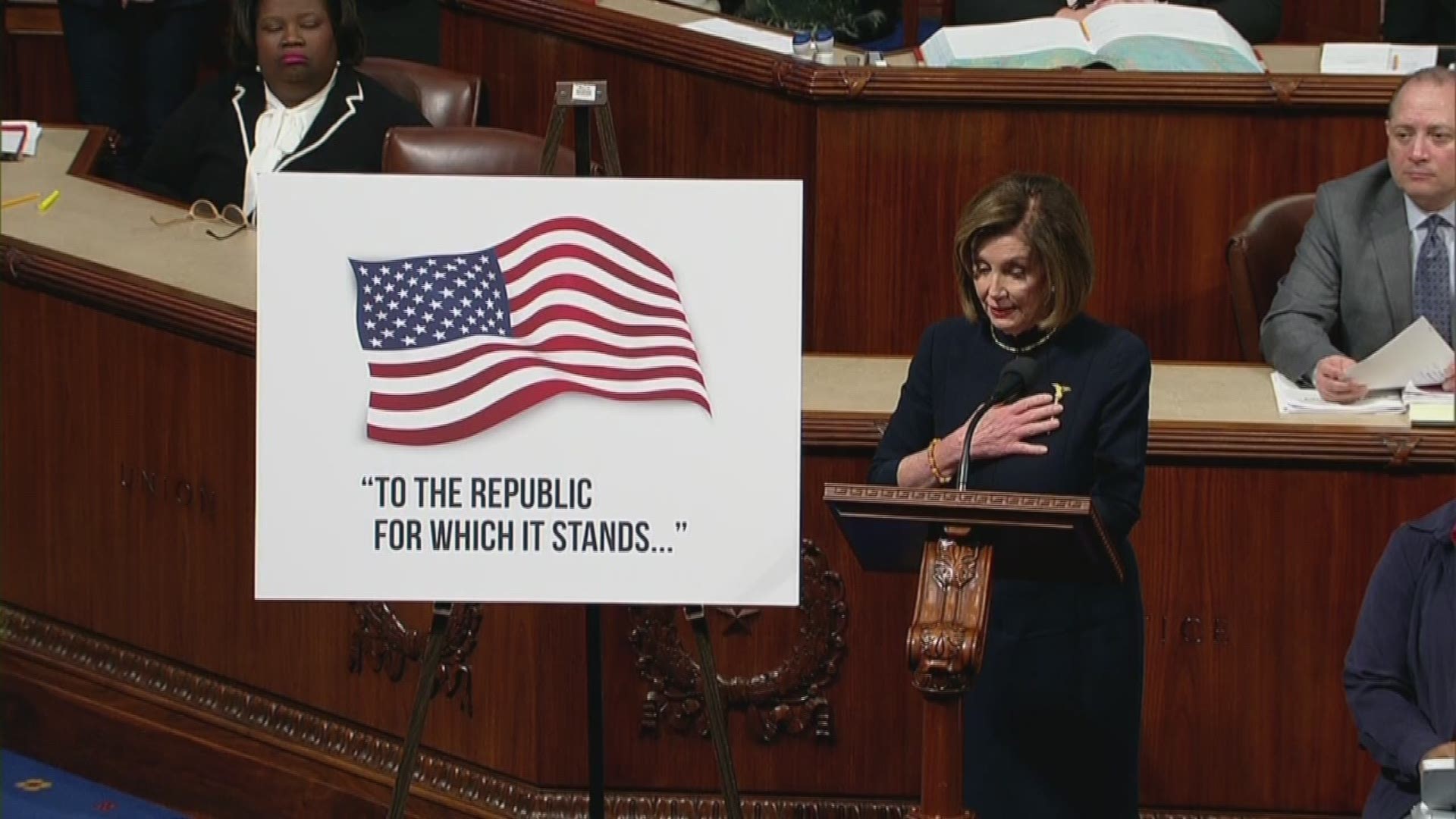 It was a showdown that's been boiling for years between Republicans loyal to Trump and Democrats who say his conduct toward Ukraine makes him unfit for office.

The president had lashed out on Twitter early Wednesday morning, once again asserting that he did nothing wrong and urged his followers to "Read the Transcripts."

RELATED: Republicans coin 'T'was the night before impeachment' ahead of Wednesday vote

On Tuesday, Trump sent off a fiery letter to Pelosi denouncing what he called the "vicious crusade” against him, claiming that those accused in the Salem Witch Trials -- 20 of whom were executed -- were afforded more due process.

Pelosi told reporters Tuesday she hadn't yet read the full letter, but had seen "the essence" of it and called it "really sick."

Now the process heads to a Senate trial, but a new wrinkle was added Wednesday night. Pelosi would not commit to sending the articles of impeachment to the Senate after Majority Leader Mitch McConnell said Tuesday he would not be an impartial juror and that he already knows the president won't be convicted. A delay in sending the articles to the Senate would affect the start date of a trial.

Impeachment will subject Trump to what former Presidents Gerald Ford and Jimmy Carter called a “profound disgrace" that stains a president's legacy forever. This, even if, as expected, Trump is acquitted by the Republican-controlled Senate and allowed to finish his term and run for another one. The Senate acquitted both impeached presidents before Trump.

In a historical parallel. the vote comes one day shy of the 21st anniversary of the impeachment of Bill Clinton.