Trump tweeted photo of Pelosi 'meltdown.' She made it her Twitter cover

The photo was taken during a White House meeting about Syria which deteriorated, with both Trump and Pelosi accusing each other of a 'meltdown.' 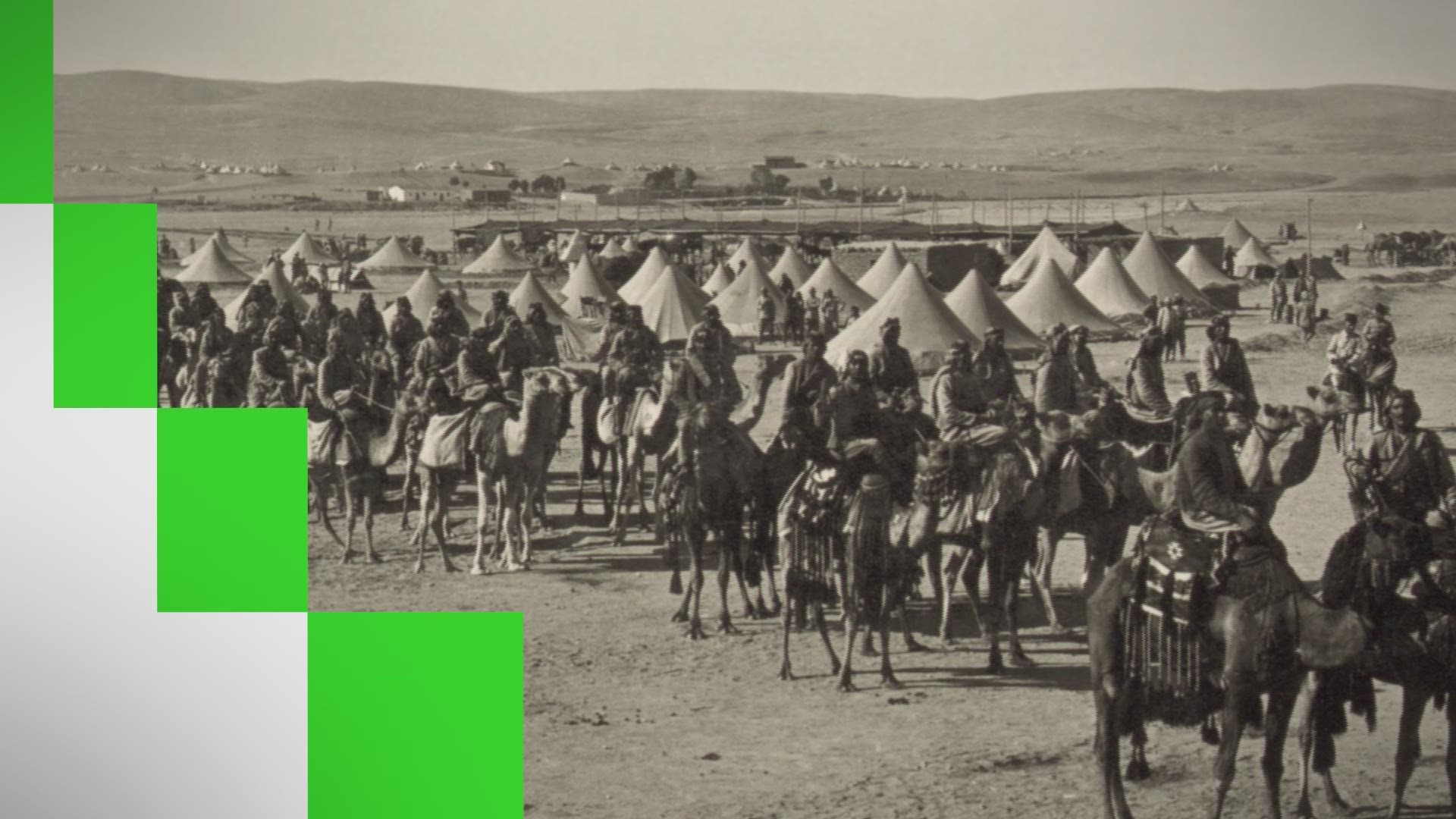 President Donald Trump tweeted out a photo of Nancy Pelosi standing across the White House Cabinet Room table from him Wednesday and pointing in his direction, stating it was "Nervous Nancy's unhinged meltdown!"

The photo was taken as congressional Democrats and Republicans met with Trump at to discuss the situation in Northern Syria after Trump ordered U.S. troops out of the area. That decision led to Turkey moving in and launching an assault on Kurdish fighters who had assisted the U.S. in recent years in capturing and holding Islamic State militants. But the meeting deteriorated into name-calling, with each side accusing the other of being at fault.

The photo shows Trump sitting across from the pointing Pelosi. On either side of Trump are members of his administration and Congress, some of whom are looking down or sitting back.

On Pelosi's side are several top Democratic members of Congress, most of whom appear to be sitting up or leaning forward and looking engaged.

Pelosi and the Democrats walked out of the meeting, accusing Trump of having a "meltdown," calling her a "third-grade politician" and having no plan to deal with a potentially revived Islamic State group.

Trump tweeted out an image of the meeting after the Democrats left.

"The Do Nothing Democrats, Pelosi and Schumer stormed out of the Cabinet Room!" Trump tweeted.

Not long before the meeting, the House, bitterly divided over the Trump impeachment inquiry, banded together for an overwhelming 354-60 denunciation of the U.S. troop withdrawal. Many lawmakers expressed worry that it may lead to revival of IS as well as Russian presence and influence in the area — in addition to the slaughter of many Kurds.

The meeting grew contentious, with Trump and Pelosi trading jabs. The Democrats said they walked out when the meeting devolved into an insult-fest.

"What we witnessed on the part of the president was a meltdown," Pelosi told reporters, saying Trump appeared visibly "shaken up" over the House vote.

"We couldn't continue in the meeting because he was just not relating to the reality of it," she said.

Senate Democratic Leader Chuck Schumer criticized Trump for not having an adequate plan to deal with IS fighters who have been held by the Kurds. He said the meeting "was not a dialogue, this was sort of a diatribe, a nasty diatribe not focused on the facts."

Republicans pushed back, saying it was Pelosi who'd been the problem.

"She storms out of another meeting, trying to make it unproductive," said House GOP leader Kevin McCarthy.

White House spokeswoman Stephanie Grisham called Pelosi's action "baffling but not surprising." She said the speaker "had no intention of listening or contributing to an important meeting on national security issues."

Trump himself has stalked out of his White House meetings with congressional leaders — in May, saying he would no longer work with Democrats unless they dropped all Russia investigations and last January during the partial government shutdown.