Vasquez, who was behind the wheel as a safety driver in a self-driving Uber in that hit and killed a pedestrian in Tempe in 2018, has been indicted. 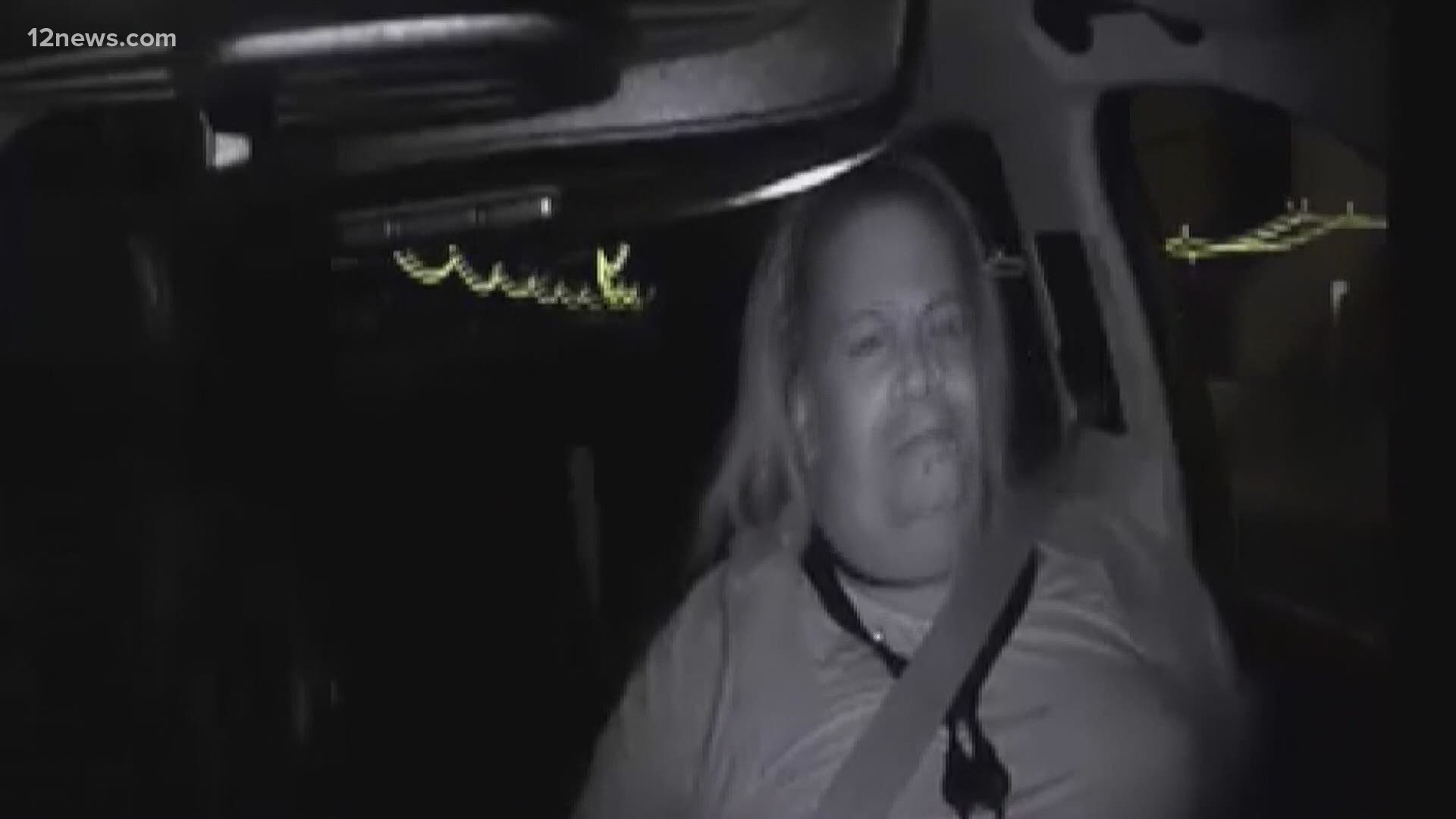 TEMPE, Ariz. — An Uber driver has been indicted for negligent homicide after a self-driving car crash left a woman dead in Tempe in 2018.

According to the Maricopa County Attorney's Office, a grand jury indicted Rafael (aka Rafaela) Vasquez, 46, on one count of negligent homicide in the death of Elaine Herzberg in March of 2018.

At the arraignment on Tuesday, Vasquez pleaded not guilty.

The family of Elaine Herzberg settled with Uber less than two weeks after the crash.

Police released video of the crash in 2018.

The court has ordered Vasquez be released with ankle monitoring prior to pretrial services. An initial pretrial conference is currently set for Oct. 27, 2020.

“Distracted driving is an issue of great importance in our community,” County Attorney Allister Adel said in a statement. “When a driver gets behind the wheel of a car, they have a responsibility to control and operate that vehicle safely and in a law-abiding manner.”

Vasquez was the safety driver behind the wheel at the time the self-driving Uber hit and killed Herzberg, a pedestrian who was walking her bike across Mill Avenue in Tempe.

In November of 2019, the National Transportation Safety Board released its report on the deadly crash.

The car was on a test route in Tempe with Vasquez behind the wheel when the car slammed into Herzberg, who was outside of a crosswalk, killing her.

Data from the system showed the self-driving software saw the pedestrian about six seconds before hitting her, classifying her as an unknown object, as a vehicle, then as a bicycle with several potential paths of future travel.

The system determined that emergency braking was required, but the emergency braking maneuver is not enabled when the car is in self-driving mode, according to the report. Uber told investigators this is meant to reduce the likelihood of erratic stops on public roads.

So it was up to the safety driver to intervene. However, according to the report, the system is not designed to alert the driver when an emergency braking maneuver is required.

The self-driving data showed when Vasquez did intervene, it was less than a second before impact. She reacted by turning the steering wheel as the car was going 39 mph.

Vasquez did not brake until less than a second after the impact, the report said.

The NTSB report noted inward-facing cameras showed the driver looking down several times immediately before the crash. According to a Tempe police report, she was streaming an episode of "The Voice" on Hulu at the time.

The NTSB recommended changes to Arizona's self-driving car industry, and blamed what it called Uber's "ineffective safety culture" for contributing to the crash that killed Herzberg.

There was additional controversy with the case because Vasquez was previously a convicted felon. However, convicted felons meeting specific requirements are allowed to work for ride-sharing companies.

Vasquez had previously served several years in prison under the name Rafael Vasquez. She was charged with unsworn falsification and attempt to commit armed robbery. She was released from prison in 2005.

At the time, Uber's website had said part of the company's mission is criminal justice reform and offering those with criminal records a second chance. That policy came under fire in November 2017 when Uber was fined nearly $9 million in Colorado. The Colorado Public Utilities Commission issued a notice saying dozens of Uber drivers shouldn't have passed a background check.

Arizona state law allows for convicted felons to work for ride-sharing companies as long as they meet specific requirements. That includes not being convicted of a violent crime for seven years and not being a registered sex offender.

An Uber spokesperson told 12 News in 2018 that Vasquez had gone through the company's screening process and met all requirements.

PREVIOUSLY: Convicted felons are allowed to work for Uber in Arizona