Though she says football used to be a way for people to come together, Kyle argues the league and players' acts of protest have instead divided the country. 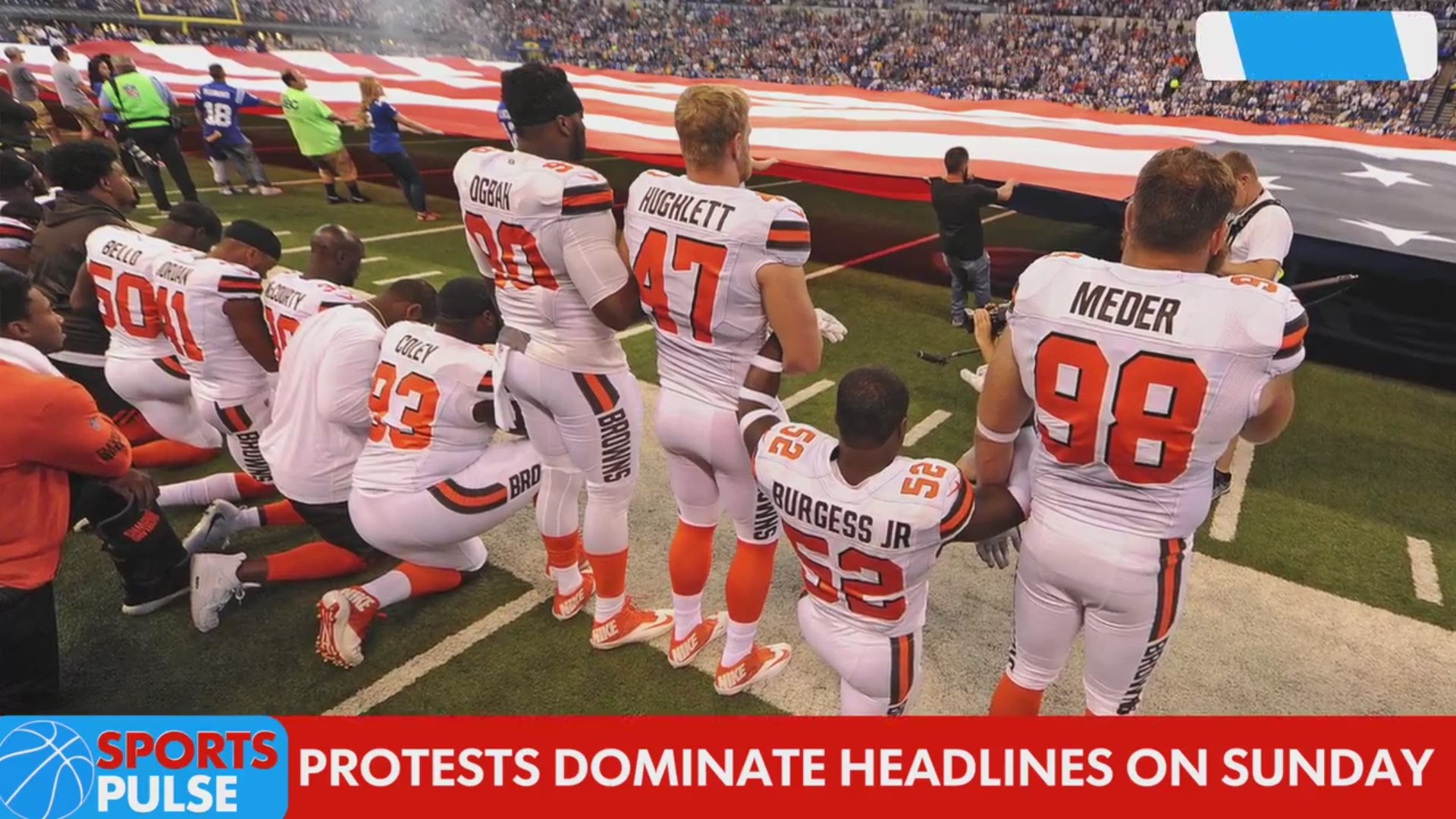 Taya Kyle, the widow of "American Sniper" Chris Kyle, condemned the NFL for its "desire to focus on division and anger" in an open letter posted on her official Facebook page Tuesday.

In the post, she describes her frustration with an organization she once saw as a unifying force, urging players to "get off [their] knees" and "work on building bridges."

Though she says football used to be a way for people to come together, Kyle argues the league and players' have instead further divided the country.

"Your desire to focus on division and anger has shattered what many people loved most about the sport. Football was really a metaphor for our ideal world –different backgrounds, talents, political beliefs and histories as one big team with one big goal - to do well, to win, TOGETHER," Kyle wrote.

Players, coaches and owners from across the NFL have been kneeling during the national anthem after President Trump criticized athletes who participate in such protests.

Sports fans should never condone players that do not stand proud for their National Anthem or their Country. NFL should change policy!

Kyle's late husband, Chris Kyle, was a decorated veteran and the subject of the 2014 movie "American Sniper," based on his autobiography.

Kyle was killed in 2013 at a shooting range by Eddie Ray Routh, a fellow veteran suffering from PTSD.

Read the full text of Kyle's letter below:

You were doing your part to bring people together and heal the world. That’s really how healing works. We heal by loving each other and leading by example; showing people what is possible when we love each other just as we are and not only recognize our differences but celebrate them and look at how we can use them together to make us jointly better than our separate parts. You were doing your part celebrating each other based on skills, talent and a joint vision without regard to color and religion.

You were doing your part and we were doing ours. We showed up cheering and groaning together to as one. We talked in the concession lines and commiserated and celebrated our team together. Did it ever occur to you that you and we were already a mix of backgrounds, races and religions? We were already living the dream you want, right in front of you.

Your desire to focus on division and anger has shattered what many people loved most about the sport. Football was really a metaphor for our ideal world –different backgrounds, talents, political beliefs and histories as one big team with one big goal - to do well, to win, TOGETHER.

It was simple – we loved you and you loved us – with all of our races, religions, different backgrounds and politics. Simplicity in a crazy world was pretty awesome.

You dear NFL, have taken that. You have lost me here.

If you ever want to get off your knees and get to work on building bridges, let me know. I have found screaming about the problems in service marriages or even standing in silence in front of them, hasn’t healed even one of them. On the other hand, funding the Chris Kyle Frog Foundation, building a team and rolling up my sleeves to get in the trenches during my “off time” -volunteering there outside of my paying jobs - has proven to make real change.

You have a lot of strong guys, I am sure in the off season a lot of them could build some pretty big bridges if they care enough to do the hard work. That would involve getting off their knees and getting to work though. I can do it while I raise two kids as their only parent and work through the greatest pain of my life, let’s see if they can do it for the issues they say they care so much about.