The fifth-generation Floridian has long been regarded as the "leading space program advocate in Congress" and has even explored beyond Earth himself. 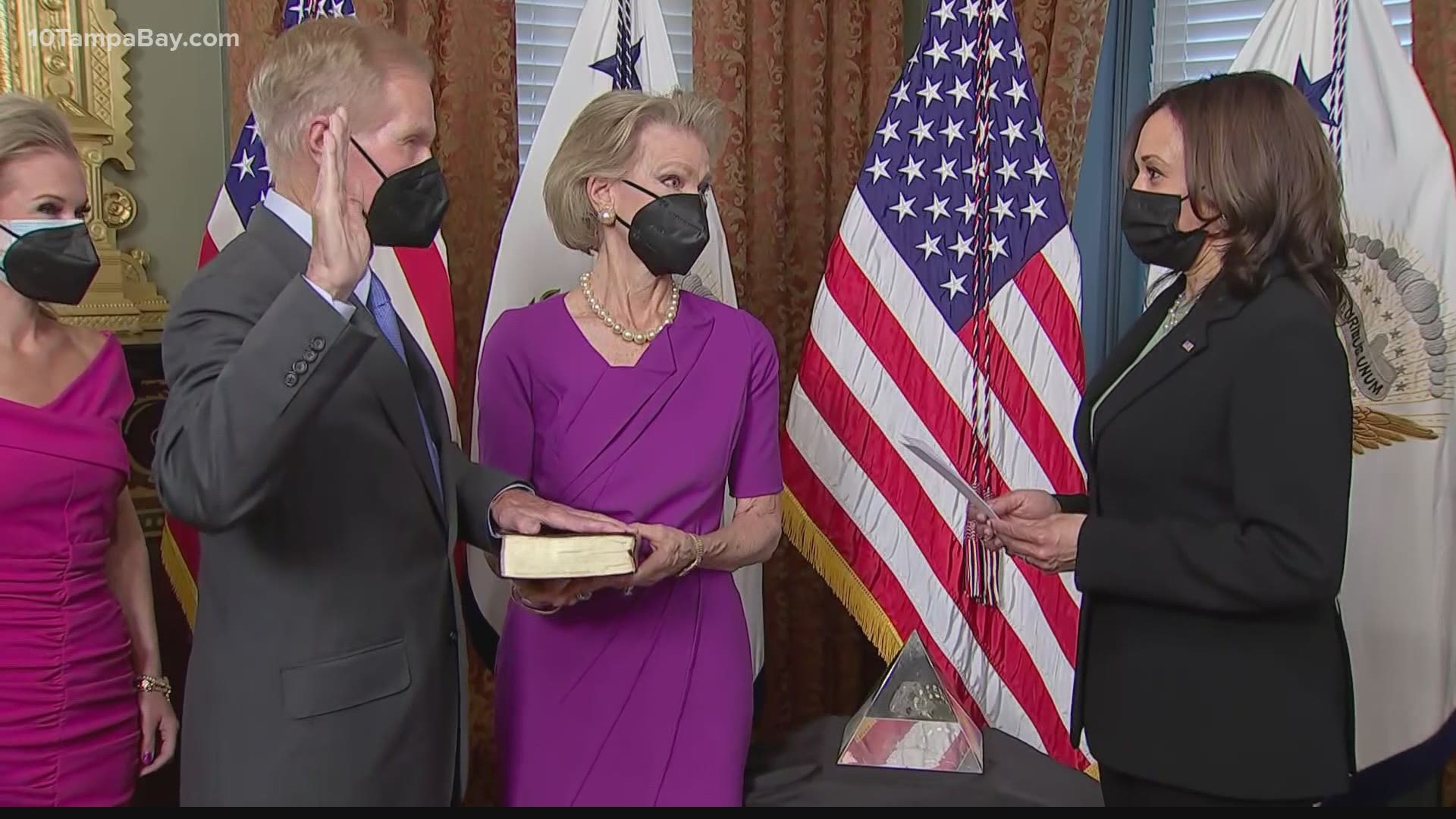 Vice President Kamala Harris swore in the former astronaut during a ceremony in the Eisenhower Executive Office Building.

“To have the president and the vice president have this kind of confidence in an old buddy from the senate, it’s indeed one of the high honors that anyone could have," Nelson said. “I want to say that it’s a new day in space.”

The U.S. Senate vote to confirm the former astronaut was unanimous, according to NASA's press secretary.

Nelson was first nominated by President Joe Biden in mid-March and awaited confirmation by the Senate before he could officially begin to take the reigns of the space agency from Acting NASA Administrator Steve Jurczyk.

The fifth-generation Floridian has long been regarded as the "leading space program advocate in Congress" and has even explored beyond Earth himself.

In 1986, Nelson traveled into space as a crewmember on the 24th flight of the Space Shuttle Columbia. At the time, he was the second sitting member of Congress to travel into space.

Over the years, the 78-year-old politician has also chaired the Space Subcommittee in the House, and Space and Science Subcommittee, Committee on Commerce, Science and Transportation in the Senate.

"In the Senate, he was known as the go-to senator for our nation’s space program," the White House wrote in its March announcement.

Nelson's swearing-in comes at a busy time for NASA, as the agency recently launched its Crew-2 mission and saw its Crew-1 astronauts return to Earth May 2.

Not to mention, NASA recently landed its Perseverance Mars 2020 rover on the red planet to search for signs of past life and completed three successful runs of the first-ever powered, controlled flight on another planet.

The former senator will also face one of NASA's most ambitious human exploration endeavors-- its Artemis program. On its current track, the program looks to not only return humans to the lunar surface for the first time in nearly 50 years but also land the first woman on the Moon in 2024.

Nelson's potential Deputy Administrator Pam Melory awaits Senate confirmation of her own after being nominated for the role by President Joe Biden.

Watch the full ceremony below.