Grady Douglas Owens, 21, of Florida, is asking to be released from jail while he awaits trial. 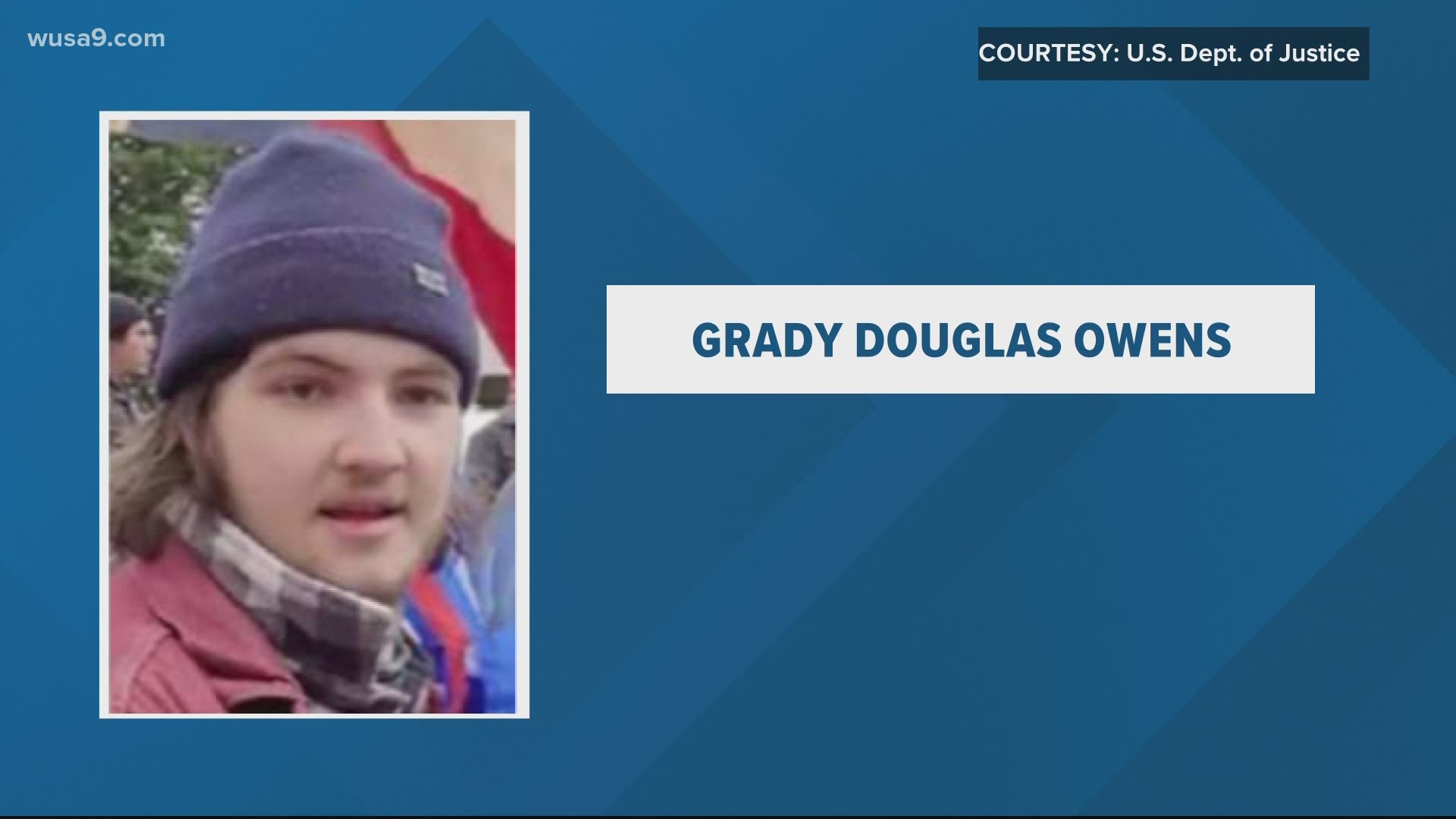 WASHINGTON — A Capitol riot suspect accused of assaulting police with a skateboard asked to be released from custody Monday – but a federal judge said other family members’ participation on January 6 could complicate that.

According to court documents, the FBI identified images of Owens striking members of the Capitol Police Department’s Civil Disturbance Unit with a skateboard. One of those officers, Officer Christopher Boyle, was struck in the head and suffered a concussion as a result.

Owens was arrested in March and has been held in custody on pretrial detention since then.

On Monday, he appeared virtually before D.C. District Court Chief Judge Beryl Howell for a hearing asking to be released while he awaits trial. In support of that motion, his defense attorney submitted 33 characters letters describing Owens as a “gentle, kind and respectful” person.”

Howell said those descriptions were hard to square with the images the FBI obtained of Owens allegedly yelling obscenities and assaulting police not once, but twice, during the Capitol riot.

Owens’ attorney argued his client was reacting in a defense motion because he had no idea the person who grabbed him from behind before he swung the skateboard was a police officer.

His attorney also said Owens would not be a danger to the community because he has a strong support system back home to keep him on the straight and narrow. However, Howell pointed out that at least some members of that support system accompanied him to D.C. on January 6, including his father, Jason Owens, who is facing a felony charge for allegedly assaulting police.

Prosecutors said Jason Owens can be seen on video right behind his son, allegedly pushing and making contact with police after Owens allegedly struck them with the skateboard.

Owens’ grandmother and grandfather also allegedly came to D.C. on January 6, although neither are currently charged in the case.

Howell gave the government until Thursday to respond to Owens’ motion for release. Owens’ rebuttal to that is due by May 19.