Chief Medaria Arradond testified on Monday that Derek Chauvin’s knee-on-neck maneuver was inconsistent with any training offered within the department. 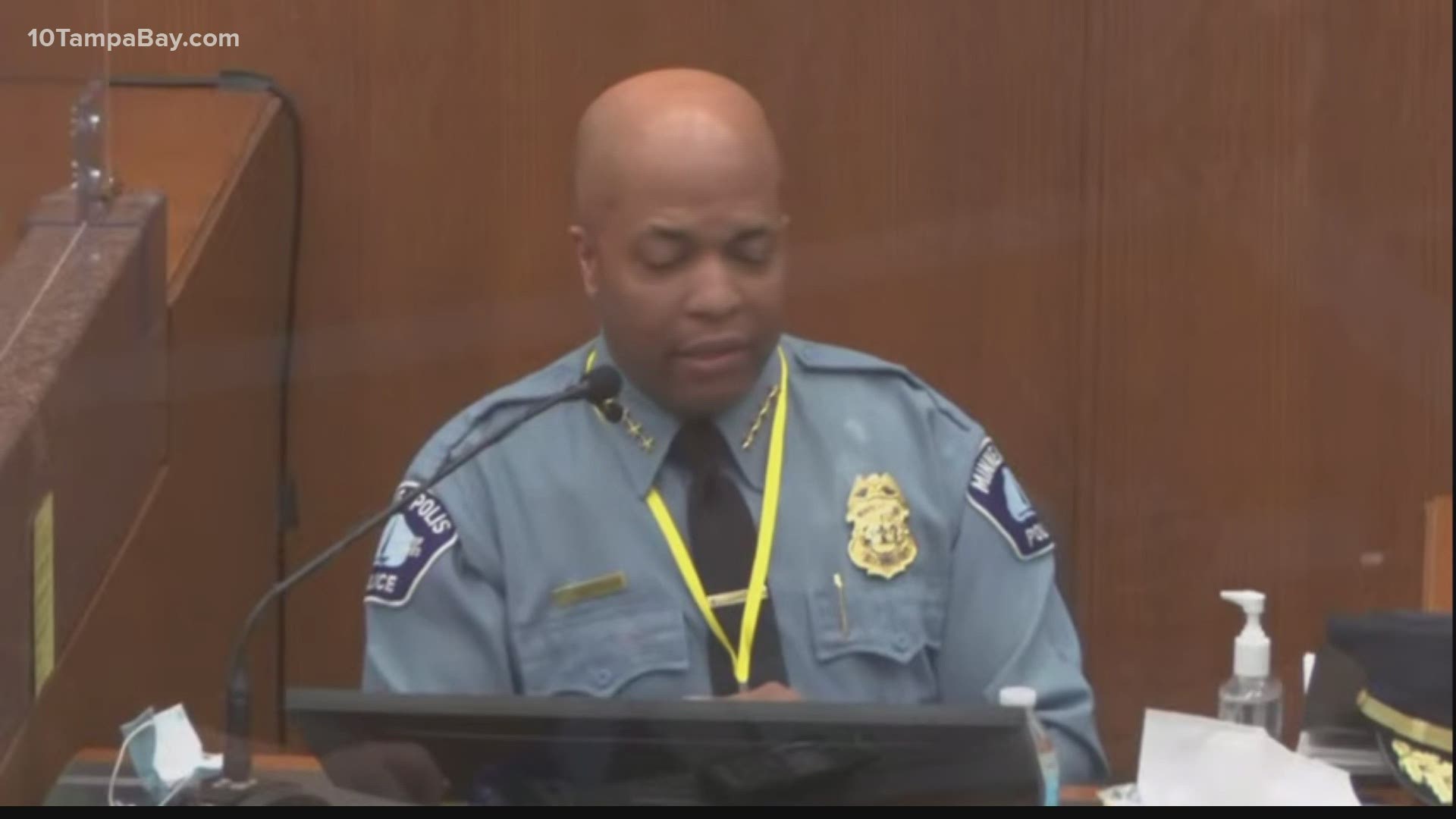 MINNEAPOLIS, Minnesota — Week two of the Derek Chauvin trial brought a rare sight to the Hennepin County Courthouse where Derek Chauvin is being tried for murder and manslaughter for the 2020 death of George Floyd: a police chief testifying against someone he once worked with.

RELATED: Minneapolis Police Lieutenant: ‘If your knee is on a person's neck, that can kill 'em’

Chief Medaria Arradondo, who runs the Minneapolis Police Department, testified on Monday that Derek Chauvin’s knee-on-neck maneuver was inconsistent with any training offered within the department.

"To continue to apply that level of force to a person proned out, handcuffed behind their back - that in no way shape or form is anything that is by policy, it is not part of our training, and it is certainly not part of our ethics or our values,” said Chief Arradondo.

Throughout his time on the stand, the chief reiterated the importance of police treating the community with compassion. He also said that police don’t always meet someone on their very best day, so it is important to treat people with dignity and respect.

Chief Arradondo has been strong on his stance against Chauvin since George Floyd’s murder. In a June 2020 statement, he said: “Mr. George Floyd’s tragic death was not due to lack of training—the training was there. This was murder.”

Experts say it is rare to see police testify against former officers facing charges, but the video evidence in this case is hard to refute.

“It's sometimes hard to find folks or at least a law enforcement officers guilty of excessive use of force because the circumstances are always different on the street to what you get in training,” said Lucas Fleming, a criminal defense attorney in Pinellas County and former Hillsborough prosecutor.

"And the benefit here is there is a videotape…which shows that he could have taken his knee off the neck of Mr. Floyd well before he stopped breathing. And I think that that's going to be the toughest thing really for the defense to overcome.”

Testimony is expected to continue for day 7.