“…The judge is sending a message is that this is unacceptable,” said Dr. Randy Nelson, professor and criminal justice expert. 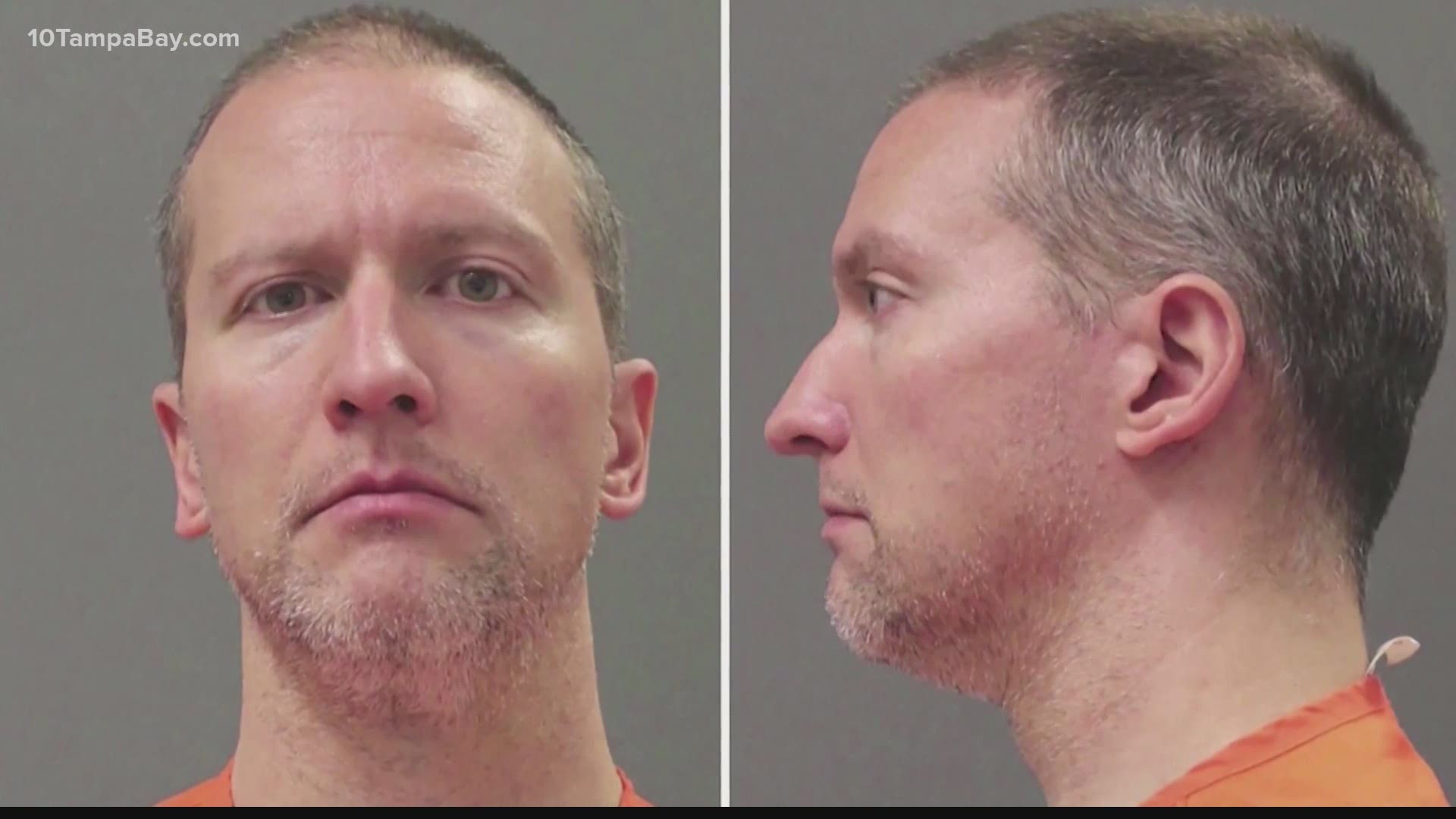 MINNEAPOLIS, Minnesota — The judge in Derek Chauvin’s trial and sentencing issued a ruling Wednesday that said “aggravating factors” will allow the ex-officer convicted of murdering George Floyd to face a sentence beyond the 10.5 to 15 year-minimum set by the state of Minnesota.

“I think what that is telling everybody, especially law enforcement, is if you do this kind of thing to individuals, then you're going to face the consequences,” said Lucas Fleming, a criminal defense attorney in Pinellas County and former Hillsborough County prosecutor.

Judge Peter Cahill said in his ruling the four aggravating factors present in the case include Chauvin’s abuse of trust and authority, his treatment of George Floyd with particular cruelty, the presence of children during the crime and the crime being committed as a group with the three other officers who will stand trial later this year.

RELATED: Attorneys weigh in on the precedent Chauvin decision could set

Judge Cahill did not include prosecutors’ request to include George Floyd as being particularly vulnerable as an aggravating factor.

“I didn't agree with his logic there. I thought that vulnerability factor played into it when he was handcuffed on the ground,” said Fleming.

Even without vulnerability as an aggravating factor, criminal justice expert and Bethune Cookman University professor Randy Nelson said he felt the judge overall made the right decision.

“…The judge is sending a message is that this is unacceptable,” he said. “I'm one that believes there are a lot more good police officers than there are bad, but I think that this is a clear message for any of those that are in this profession, that there's a standard and a way to treat people with common humanity.”