Out of the 65 applicants, 15 were hired at 9 different locations including in Tampa. 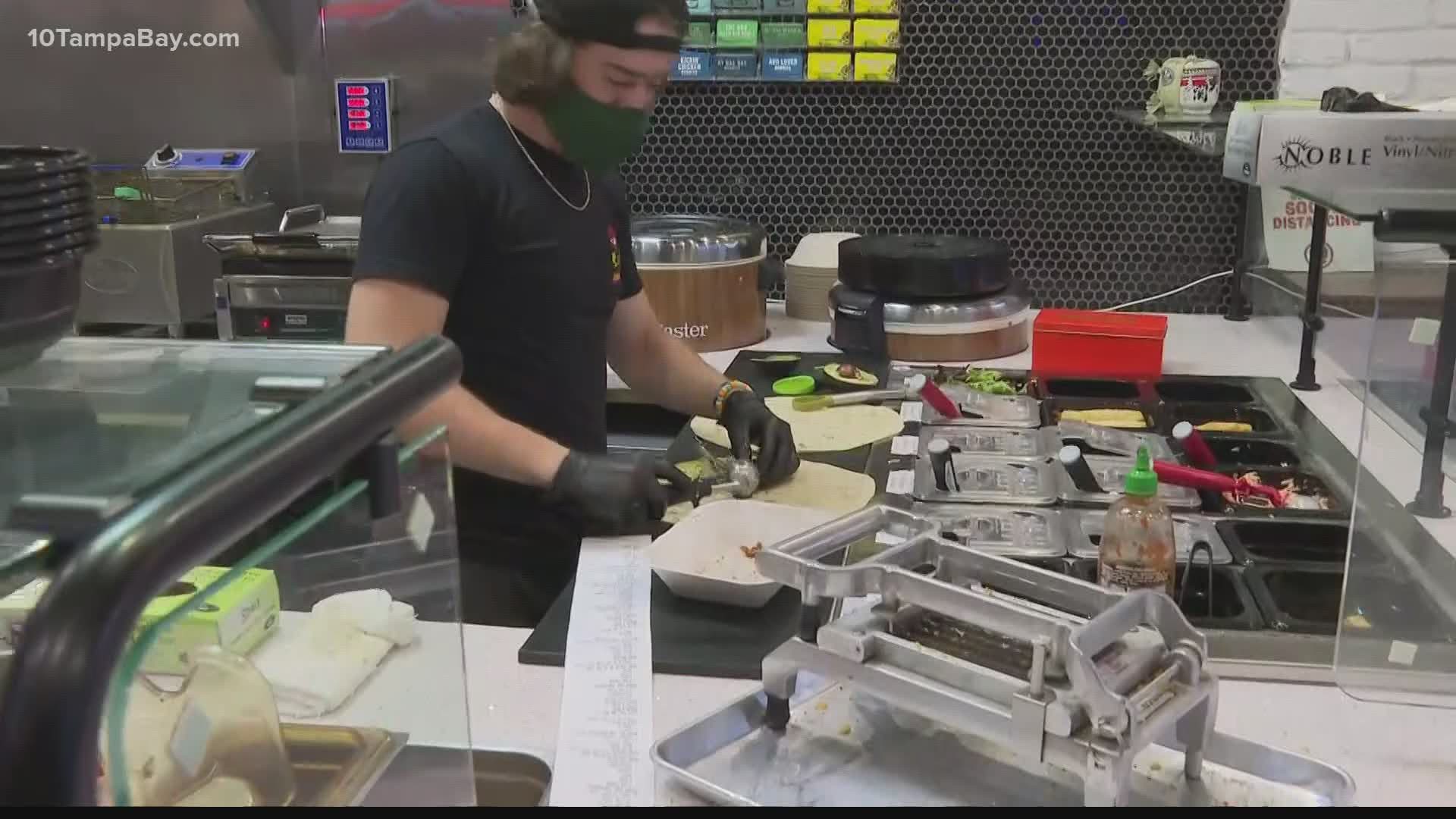 TAMPA, Fla — It seems like the new fad is to give people an incentive and they'll come back to work. One local business owner says it actually works.

"The last time we spoke, we were in dire need of employees across our locations," Robert Ly said.

He owns nine different Sus Hi Eatstation spots across Florida. Not too long ago, he found a solution to get new hires through the door.

"We were giving anyone that was willing to sit down and talk to us as an interview 25 Dogecoin," Ly said.

The cryptocurrency got people through the door quickly.

"We were able to pull in about 65 applicants through that method and that's more than any other platform that we tried in the past before," Ly said.

He says other job listing websites only pulled 5 applicants. Since then, they've made 15 new hires for their nine locations and are fully staffed.

"It was super successful for us. Like I said, prior to that, we were trying to hire for like three weeks, and didn't have much luck," Ly said.

As Florida's unemployment rate falls, Ly says more people get interested in going back to work.

This time last year the unemployment rate was the second-highest of 2020 at 14 percent. Now the number sits just under 5 percent at 4.8 percent.

"I know the Governor has put some new guidelines out for unemployment, so I think with that in place, I see that the marketplace has definitely shifted," Ly said.

To make sure employees stay, salaries at Sus Hi Eatstation have been raised. Ly says COVID-19 pushed up their goal of paying $15 an hour.

"I think giving more benefits, giving higher pay is a good incentive. It's a good movement, to really bring in more workforce. It's really making business owners really think harder about what we should be doing for our employees and our future employees. We should always create an environment that is healthy mentally and financially, for anyone working in restaurants right now," Ly said.

There are still thousands of Floridians filing for unemployment. Many of them rely on that money to get by. Right now they're getting an extra $300 dollars from the Federal Unemployment Benefits program, but the state is pulling out of that on June 26.

RELATED: Did you get unemployment in 2020? Millions will see extra refund soon