The aircraft is already being tested. 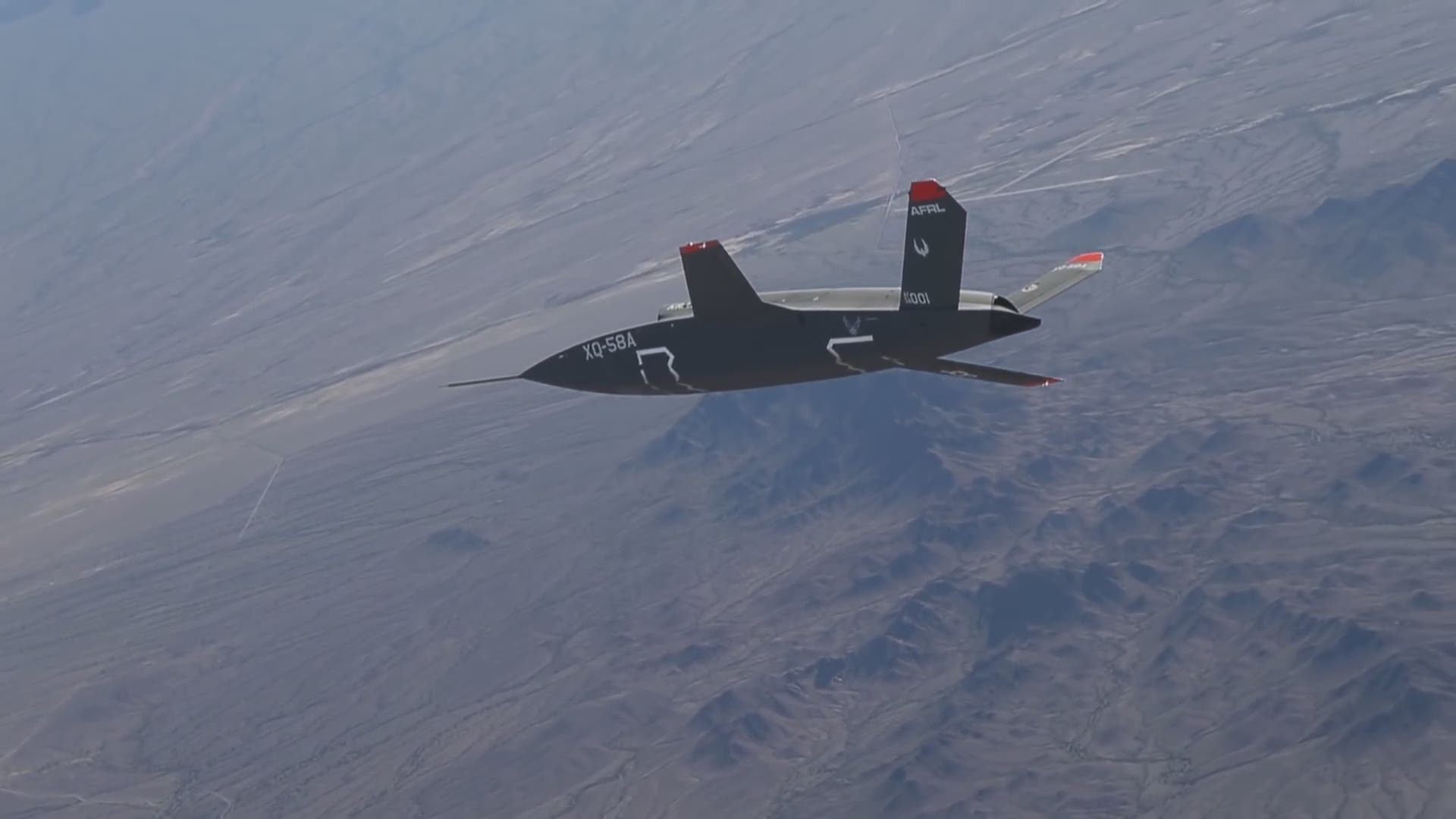 The subsonic aircraft made its inaugural test flight on March 5 in Arizona. Five trial flights are being completed in two phases -- testing the aircraft for its functionality, aerodynamics and on-board systems.

Another test flight was completed on June 11. The flight was 71 minutes long, and officials said it met its test objectives.

That same month, technology journalist Jeremy Hsu described how the military hoped the aircraft might eventually fly ahead and scout enemy targets or even draw hostile fire away from human-piloted jets. Not only could that save American lives -- but also prevent the Air Force from losing other planes that cost more than $100 million apiece, according to NBC News.

For perspective, the Valkyrie is estimated to cost only $2-3 million.

Program Manager Doug Szczublewski described the aircraft as being relatively low-cost and offering "game changing combat capability," according to a March statement released by the 88th Air Base Wing at Wright-Patterson Air Force Base in Ohio.

If you're wondering what makes the XQ-58A Valkyrie different from a drone, NBC says it would be flown with less input from human pilots on the ground. Instead, it would use artificial intelligence to navigate and actively respond to the needs of the fighter pilots it was joining in the sky.

"I wouldn't be surprised if the AI becomes tailored to individual pilots," Dr. Will Roper, assistant secretary of the Air Force for acquisition, technology and logistics, told NBC. "They're actually training their own AI that augments their strengths and weaknesses."

Another distinguishing factor that makes the Valkyrie different from drones is that it's jet-powered and nearly supersonic -- allowing it to keep pace with modern fighter jets, the Washington Post reported.

New Atlas says the aircraft has a 22-foot wingspan, a top speed of 652 mph and a range of almost 2,500 miles. It could carry eight weapons.

According to the Washington Post, the Pentagon has not yet formally committed to the project. That's a decision that may be made based on the results of the tests.

The newspaper says the XQ-58A Valkyrie is not alone. Boeing plans to test-fly its own "loyal wingman" aircraft next year after recently introducing a prototype at a trade show. Meanwhile, NBC says Germany and France have cut a two-year deal to build a next-generation fighter drone that could become an airborne command center for swarms of drones.