His wife, Valerie Nessel, was in attendance for the unveiling of the plaque and official street renaming. 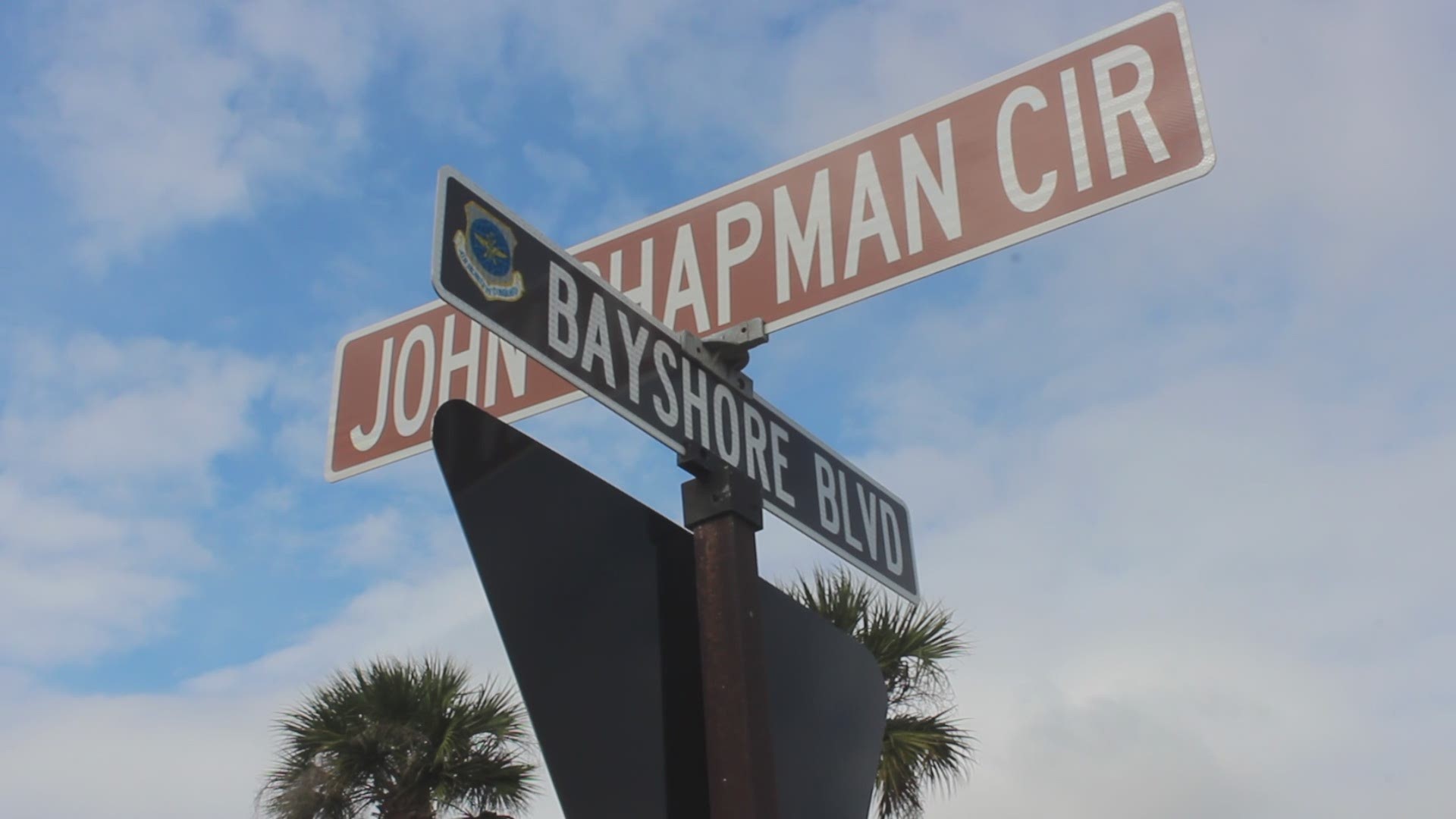 TAMPA, Fla. — MacDill Air Force Base ceremoniously hosted a renaming ceremony that posthumously honored the first airmen to receive the Medal of Honor since the Vietnam War.

Master Sergeant John Chapman is known as a combat hero who helped save a team of Army Rangers during the Battle of Takur Ghar in 2002, according to the Air Force Times.

Valerie Nessel, Chapman's widow, was presented the nation's highest award for Valor in his name by President Donald Trump on August 22, 2018, which was 16 years after his death.

The Air Force later discovered that Chapman had been shot and knocked unconscious in an initial fight during the Afghanistan War and woke up later to continue fighting, according to the Washington Post.

"[Chapman was] the first to charge up the mountain toward the enemy,” President Trump said during the Medal of Honor ceremony.

The MacDill Air Force Base ceremony was considered historic not only because it honored Chapman's memory but also because his wife was there.

"We have a few streets on MacDill Air Force Base named after Medal of Honor recipients, but the opportunity we had in that it was in the lifetime of next of kin, having them present during the naming of the street is really significant for us, because it gave us an opportunity to really share that with them," Air Force Historian Stephen Ove said.

Ove described the ceremony as an honor for both Chapman's family and military family. The event left a permanent historical marker on the street.

"So why here? Why this circle? Why does it mean so much for us to live here?" Chief Master Sergeant Sarah Sparks asked during the renaming ceremony. "Well, there's no place that it means more or makes more sense than right here. The most senior enlisted leaders on this installation reside in this housing complex. My neighbors are all heroes in my mind and in their own rights."

Ove said the particular roadway taking Chapman's name is perhaps the most historically significant one on this installation.

"The fact our senior enlisted leaders reside here, the fact it is an Air Force base, which is also home to the U.S. special operations command, and the United States Central Command, there's a special connection between all of those and it's honestly an awesome linkage that John Chapman represented," Ove explained.