Three veterans with no family were remembered by the community at the Sarasota National Cemetery. 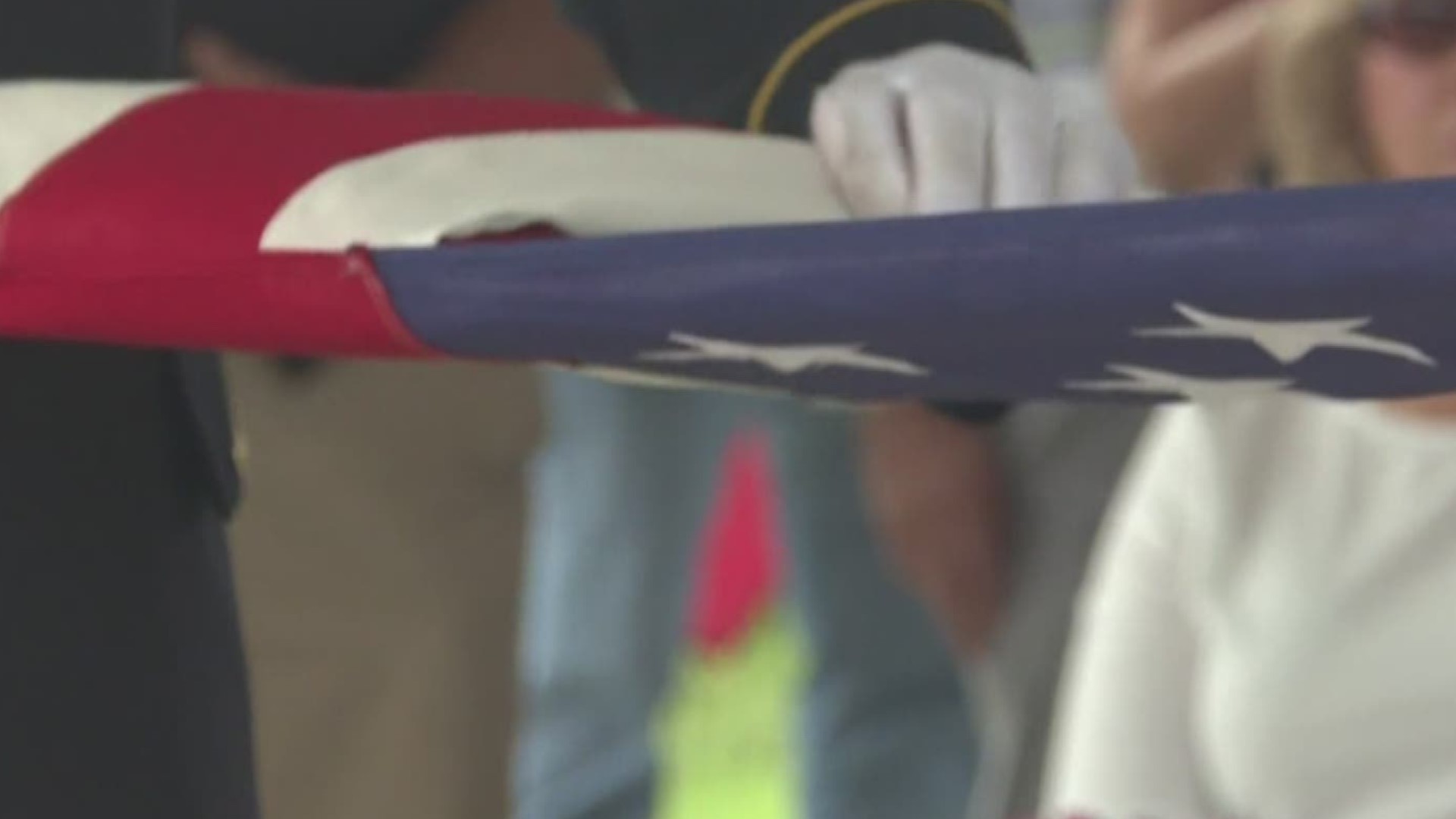 SARASOTA, Fla. — The community came together at Sarasota National Cemetery to honor three veterans and pay their final respects to the men who had no family.

Groups like the Patriot Guard Riders and the Knights of Columbus went to show their support.

“Each one of them signed that blank check up to and including the price of their life for this country. And they did their service, and now that they’ve passed, they deserve to be honored,” rider Blair McFarlane said. He said reading their names helps them live.

Don Neuberger said he started coming to services like this a few months ago. He held one of the flags during today’s service normally given to the next of kin.

“It’s a privilege to honor people who have fallen fighting for our country and defending our freedoms,” Neuberger said.

He said he tries to attend every Wednesday.

Organizers believe the outpouring of support and thousands who showed up for Edward Pearson's funeral last week prompted more people to come out to Wednesday's service.

RELATED: Florida veteran who was buried with honors had family after all