'See you on the other side': Community salutes Mo Haitham one last time

The 19-year-old was killed just days shy of turning 20. He tried to stop a gunman that opened fire in his classroom at Naval Air Station Pensacola. 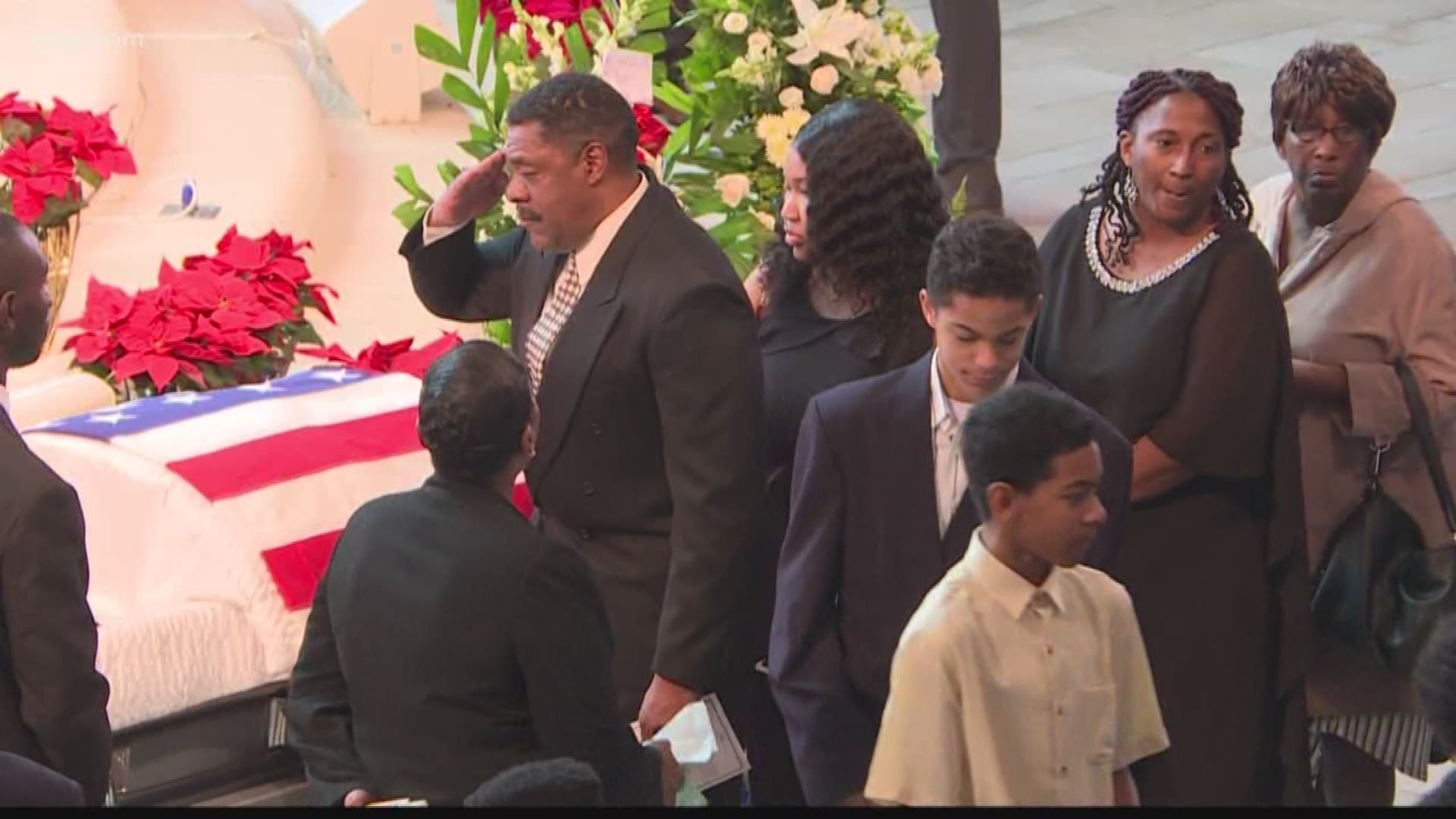 ST. PETERSBURG, Fla. — On a gray and somber day, Mohammed Haitham's family and friends said goodbye to the fallen airman.

Mo's family and friends were escorted to First Baptist Church in St. Pete by deputies and the U.S. Navy.

"With his infectious smile and growing personality, he lived in a short time better than some live in a life time," Rev. Shawn Thomas said.

While he rested in peace, Mo's mother got to see her baby's face one last time. The 19-year-old was killed just days shy of turning 20. He tried to stop a gunman that opened fire in his classroom at Naval Air Station Pensacola.

"What happened in Mo's final moments here on earth in that room in Pensacola on December 6 was no accident. It was an example of the man he had become. The kind of man that would give his life to protect those he loved," Lakewood High's track coach Mitch Walker said.

The music, singing, and each memory shared fed everyone's soul.

"It just brought back memories that we had with him on the team. Just hearing everything coach reflected on him just made everything feel better for us," Mo's teammate Erik Hill said.

Haitham leaves behind a legacy his teammates will carry on. As he left the church, the community saluted him. They thank their hometown hero for his service and courage.

"He ran his race and he won. He's waiting for us on the other side. I love you and I'm proud of you," Allen said.

To show their gratitude, the Pinellas County Board of Commissioners declared December 21st, 2019 airman Mohammed S. Haitham day in honor of his service and sacrifice. Mo Haitham will never be forgotten.