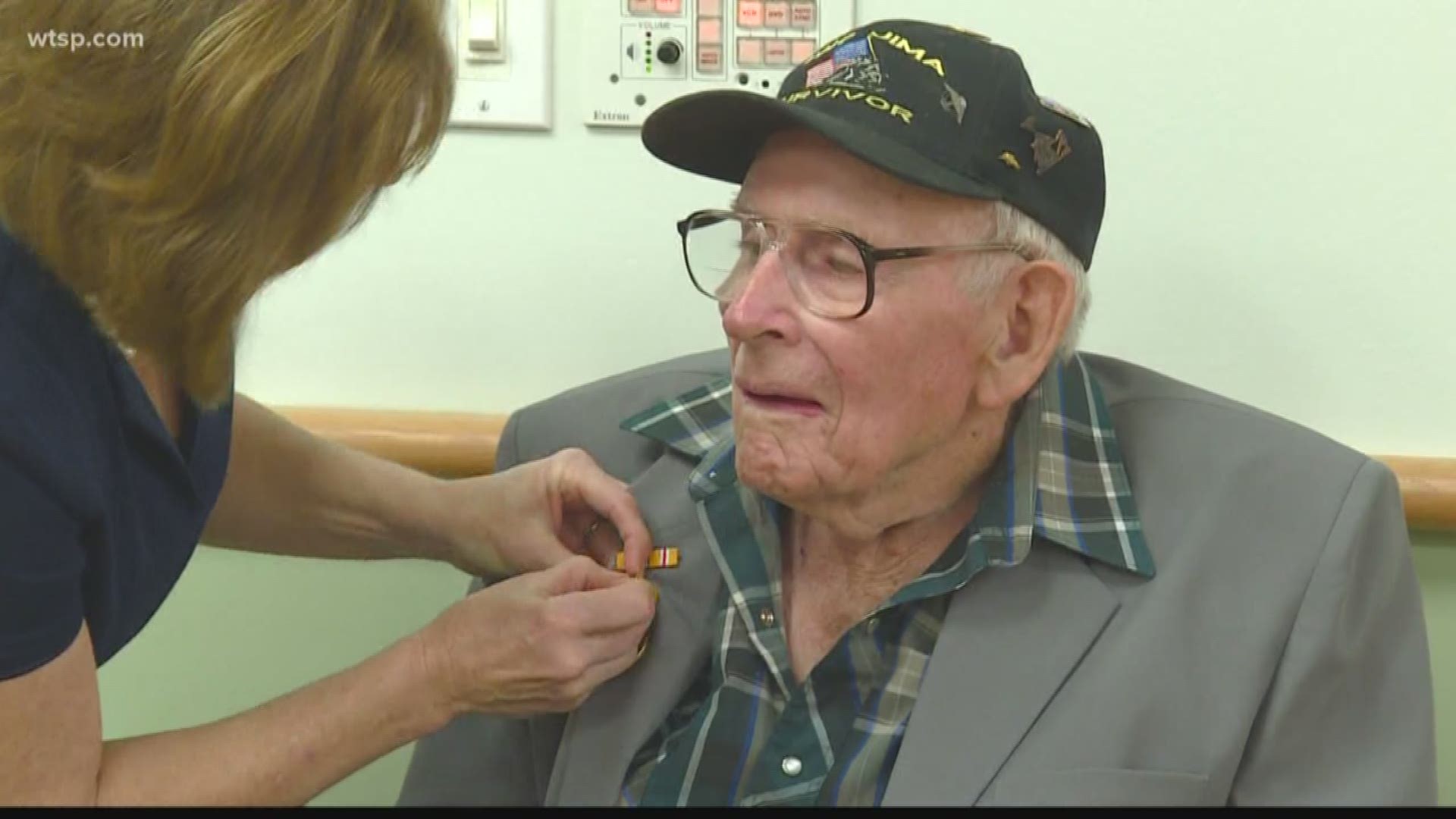 Chambers was a member of the 5th Marine Combat Division from 1943 to 1946, deployed overseas multiple times and fought in the Battle of Iwo Jima. After serving, Chambers was presumed to be uninjured, but nearly 60 years later, doctors found shrapnel in his leg when he complained of pain.

Chambers has lived in Florida for more than 60 years.

Castor's office said she presented Chambers with the medals for his battle wounds and for "his courage and sacrifice for the country he loves."

Chambers was honored Friday morning at the Jan Platt Library in Tampa.