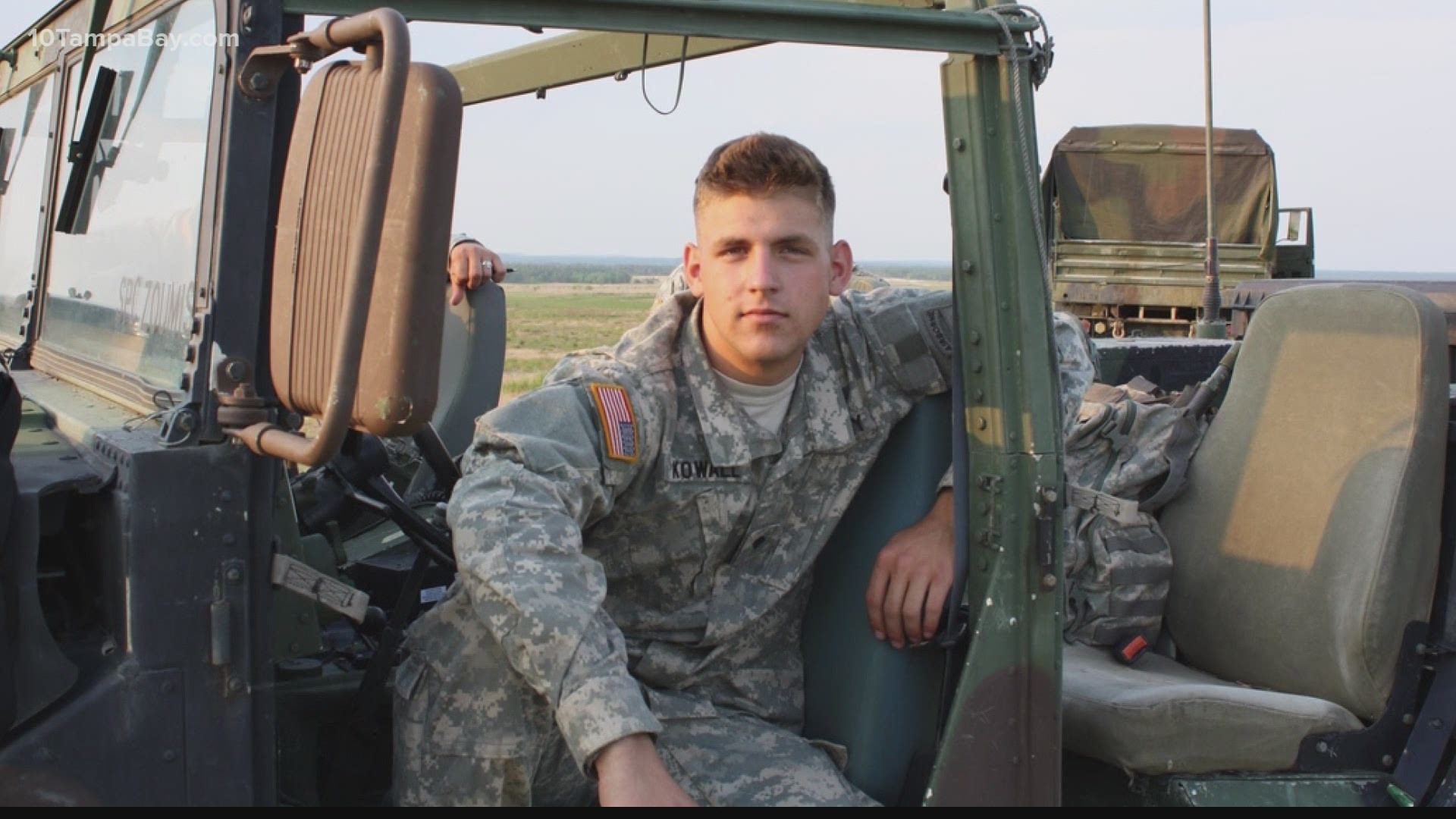 TAMPA, Fla. — Nothing ever heals the pain Gold Star families feel after losing a loved one during war.

"You're never prepared for that knock on the door, even though you know it can happen. You're still in shock when it does happen," Kelly Kowall said.

Kowall lives in Ruskin and lost her son when he was just 20 years old while he was deployed to Afghanistan. Army Spc. Corey J. Kowall, died on Sept. 20, 2009, when a military vehicle he was in overturned. He was in Zabul Province rushing with a group to help a convoy that encountered an IED.

A medic was also killed.

"His vehicle and the sacrifice of his life and that of the medic saved many more lives. He got to die the way he wanted to die and so that makes it a little easier to bear, but, your life is never the same again. You learn to carry it a little easier as time goes on, but time definitely doesn't heal the wounds," Kowall said.

Now, 20 years after the war started, Kowall and all military families got to hear the news that the Biden Administration will pull the U.S. military out of Afghanistan starting on May 1. The president expects all troops to be home by Sept. 11.

A total of 2,312 U.S. military casualties have been recorded in Afghanistan since the conflict began, according to the Department of Defense.

"I'm very mixed emotions. I'm very sad that we haven't accomplished more in the 20 years we've been over there. I also feel that it is probably the right thing to do to bring our guys home," Kowall said.

She doesn't want any more families to experience the same loss she's dealt with for years but is concerned the country is pulling out at the wrong time.

While she hopes we don't lose lives in the process, Kowall says her son would be happy to be headed home if he were still alive.

"I think he'd be playing the 'Big Rock Candy Mountain' song and joking with everyone. Just glad that people are coming home. I wish he would have gotten the homecoming that they get when they come home. He never got that because that was his first deployment, but I also know that he would be glad that they're pulling out," Kowall said.