Colonel Ben Jonsson took command amid a pandemic. He discusses mitigating the risk of COVID, holiday deployments, families and the election. 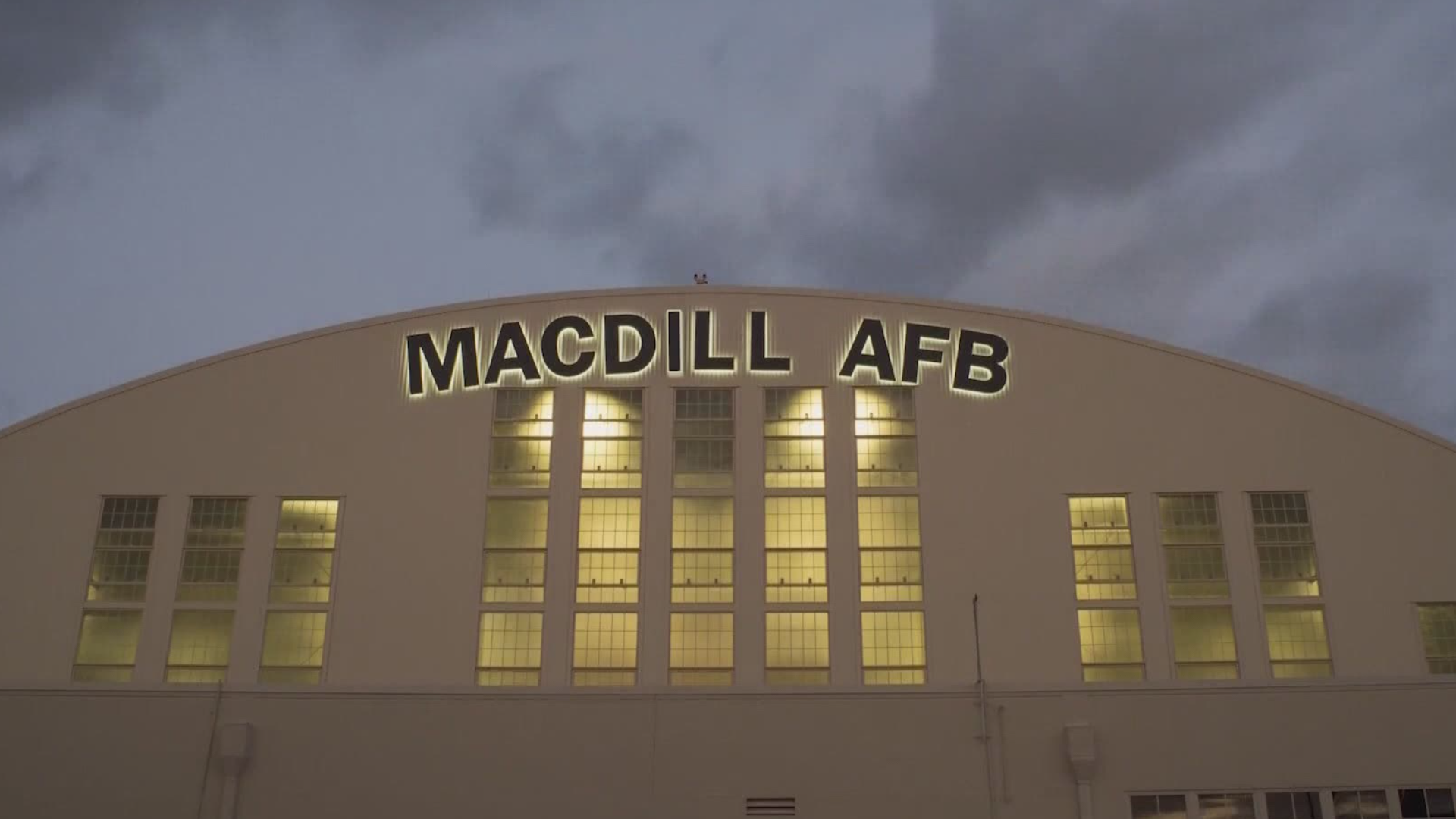 TAMPA, Fla. — Colonel Ben Jonsson took command of MacDill Air Force Base and the 6th Air Refueling Wing on Aug. 4 when Tampa and the world were in the middle of a global pandemic.

What might have been a daunting task to most was a challenge this career airman was willing to accept.

"I was vice Wing Commander in that deployed base when COVID, when we had the big outbreak. And so that was helpful in the sense of I saw how we were implementing these mitigation measures and was a part of those decisions and that process from the forward base in the Middle East," Jonsson said.

"So, coming into this role, you know, I felt sufficiently prepared, certainly to make those decisions and understand how to protect our force and preserve our capabilities so that we can prevail in a fight and deter one."

Jonsson says they are unable to share the number of service members who have been infected with COVID-19 on MacDill. It’s part of the Department of Defense policy and it’s for national security.

"Our adversaries really could use it against us if they knew that a particular base with a particular military capability, such as Air Refueling, was degraded or had to reduce capability because a certain number of infections had taken place on that base, they could use it to their advantage, and they could exploit it in a way that was detrimental to US national security," he said. "So for those reasons, we don't specifically share those numbers."

While exposure has not been an issue on base, Jonsson adds individuals are often infected beyond the walls of MacDill.

As the wing commander, he is responsible for assessing the risk for the 20,000 who work on base.

The 6th Air Refueling wing’s efforts are critical to America’s defense. There are 24 KC-135s stationed on MacDill. Those aircraft refuel other aircraft, like B-52 bombers, mid-flight.

COVID presents a challenge but the mission remains the same.

"We have to be able to do that day to day even in the midst of COVID. So, we use a term we've talked about fighting through COVID," Jonsson said. "And we need to make sure that we're constantly ready to do it, not just for the wars in the Middle East that we're still actively fighting in, but also for future conflict."

Jonsson also addressed the service members who will deploy over the holidays. With COVID, they must quarantine for 10 days and are tested before they leave.

But there’s a bigger, emotional issue: the strain on families. He is a father of five children and understands the pressure service members, their children and spouses face.

"This is a huge area focus of mine, and it is something that I spent a lot of time thinking about," Jonsson said. "And as you said, you know, what would keep me up at night? You know, we have a challenge in the military with suicide right now.

"Making sure that our airmen are connected, that they're valued, that they feel a part of the team, and that we're supporting them in every way possible, making sure they can perform, you know, at their full potential, we need to wrap our arms around them in some cases, and make sure we give them the support they need and the resources they need to continue to thrive in the military.

"So we need to make sure those our airmen and their families are resilient in the midst of these difficult times," Jonsson said.

As a military member, Jonsson, like other members of the force, have a unique perspective on the 2020 election.

"We will follow the orders of our elected president. And we will continue to defend the constitution, regardless of the administration," he said. "I've had the opportunity to kind of see this at play in the Pentagon, even in the midst of a presidential transition, and the professionalism of our military members is, it's really something impressive to see that they that we were committed to carrying out our mission and, and not getting really pulled one way or the other by a political party, but staying true to our mission and our core values."

Jonsson says there is active planning happening right now to anticipate a vaccine and how that will be prioritized, received and distributed.

It doesn’t restrict movement on base, but maximizes telework, limits the number of personnel in work environments and allows commanders discretion to make risk determinations for their units.