It brings a total of five crew members on the aircraft carrier who have lost their lives to suicide in the last two years. 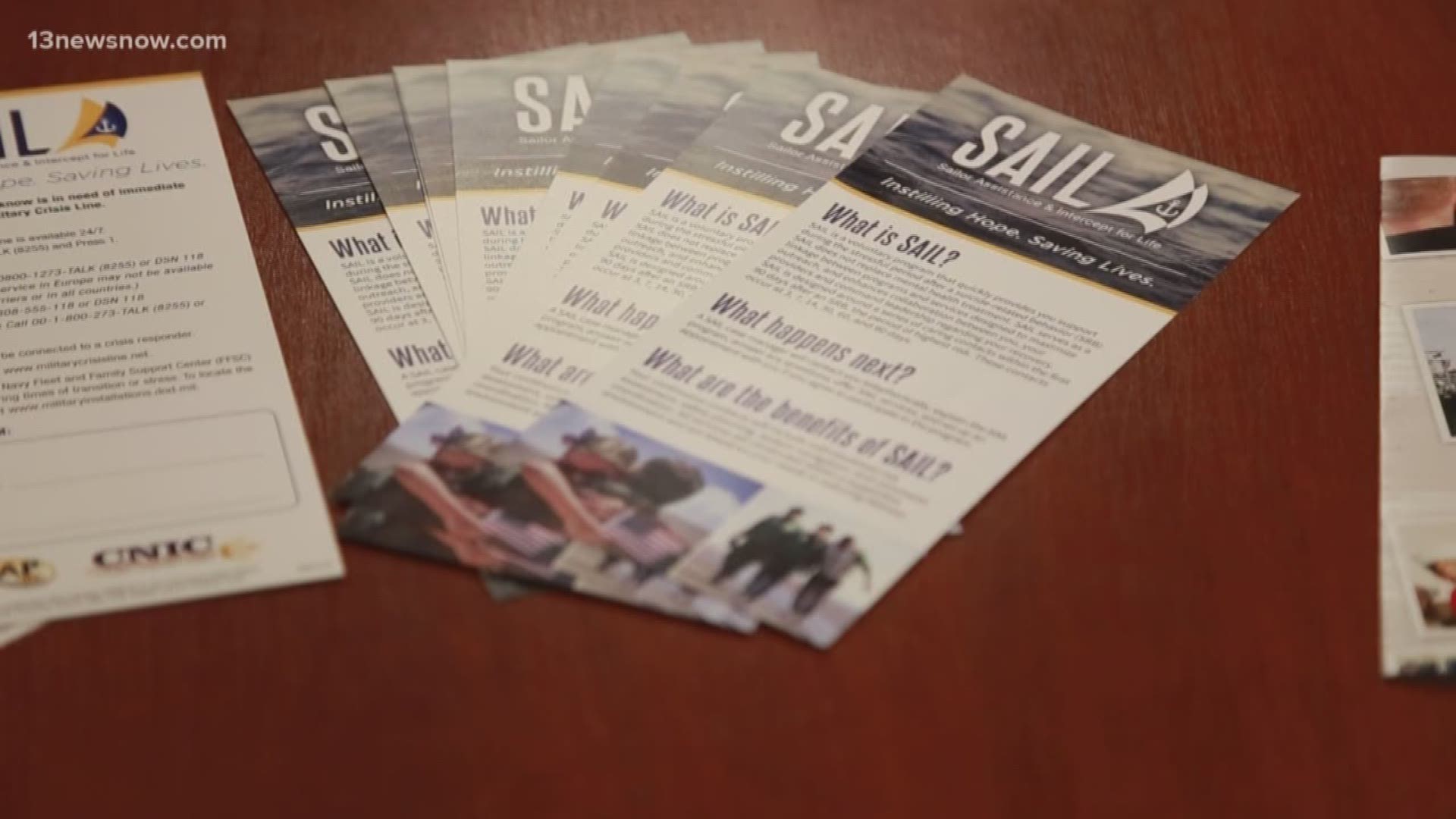 NORFOLK, Va. — The US Navy says the deaths of three sailors on board USS George H.W. Bush (CVN-77) last week were all apparent suicides.

It brings a total of five crew members who have lost their lives to suicide in the last two years.

"My heart is broken," said CO Captain Sean Bailey in an online statement. "Now is the time to come together as a crew and as a family to grieve, to support each other and to care for those in need."

The deaths come as the Navy is facing its third straight year of a higher-than-normal rate of suicides, according to data from the U.S. Navy.

During an interview with 13News Now on Tuesday, Navy Region Mid-Atlantic Chaplain Captain Glen Wood spoke about the importance of seeking help when it comes to mental health.

"What we recognize is that as people go through life, there are times when they need help," said Capt. Wood. "What we want sailors to know is that they don't have to do life alone. That we're available."

Chaplains, psychologists, and counselors are all available to crewmembers onboard the ship, Bailey said. Additionally, if you find yourself in need, you can call the Suicide Hotline number at 1-800-273-TALK (8255) or Military OneSource at 1-800-342-9647. You can also text “home” to the Crisis Hotline at 741741.

The Navy provides the Operational Stress Control Blog, which is meant to help sailors cope with stress.

"We're not there yet, cause we still have a suicide here and there, it still happens. If we were 100% there, they wouldn't."