Secretary of Defense Mark Esper made his first visit to Hampton Roads since getting the job. He said fighting military suicide is a top priority. 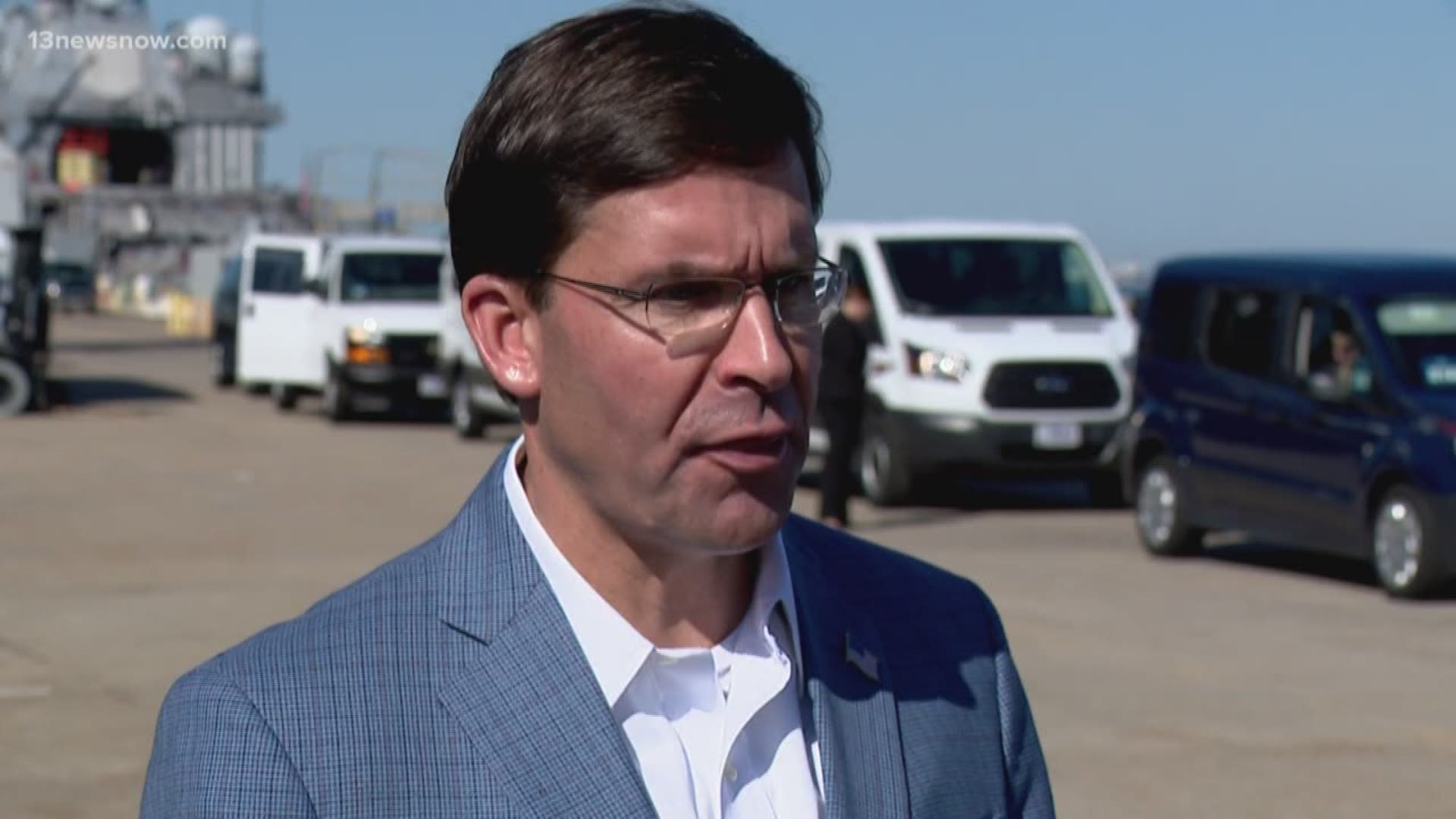 NORFOLK, Va. — After touring the USS Gravely, Defense Secretary Mark Esper made clear that suicide in the ranks remains a difficult challenge.

"The suicides are tragic," he said. "Every single one is a tragedy. You mourn for their families. And you mourn for the shipmates and everyone else. And I wish I could tell you we have an answer to prevent further, future suicides in the armed services. We don't."

The Secretary's remarks came as news reports this week have detailed three suicides among crew members of the USS George H. W. Bush, two of them on the same day last week.

Esper said he believes the military does have the means and the resources "to get on top of this issue."

"I know the services are committed to doing this because we just can't let these great young Americans take their lives because of financial problems or a relationship challenge or whatever comes up.," Esper explained "We need to help them, start with prevention."

Esper also talked about problems facing another aircraft carrier, the USS Harry S Truman. It was supposed to have deployed earlier this month, but didn't, because of unspecified maintenance problems.

"The key thing is we need to have adequate shipyards and a qualified workforce to do that," he said. "Whether it's in the public or private sector, we need to get ships in on time, to get them out on time...At the end of the day, we need to maintain a ready, lethal force, not just for today but for tomorrow."

The secretary also weighed in on substandard privatized military housing, saying he thinks things are "moving in the right direction." He cited the development of a tenants' bill of rights as an example.

"The challenge will be sustaining the pressure on the providers, making sure culturally, each of the services picks this up and understands we have a very important role in terms of taking care of our families," he said.

A national survey commissioned by the Navy of more than 8,400 military families found that housing in Hampton Roads ranked 40th out of 42 installations, earning an overall score of "poor."