A GAO report says Naval readiness has decreased, thanks to high operational tempo. 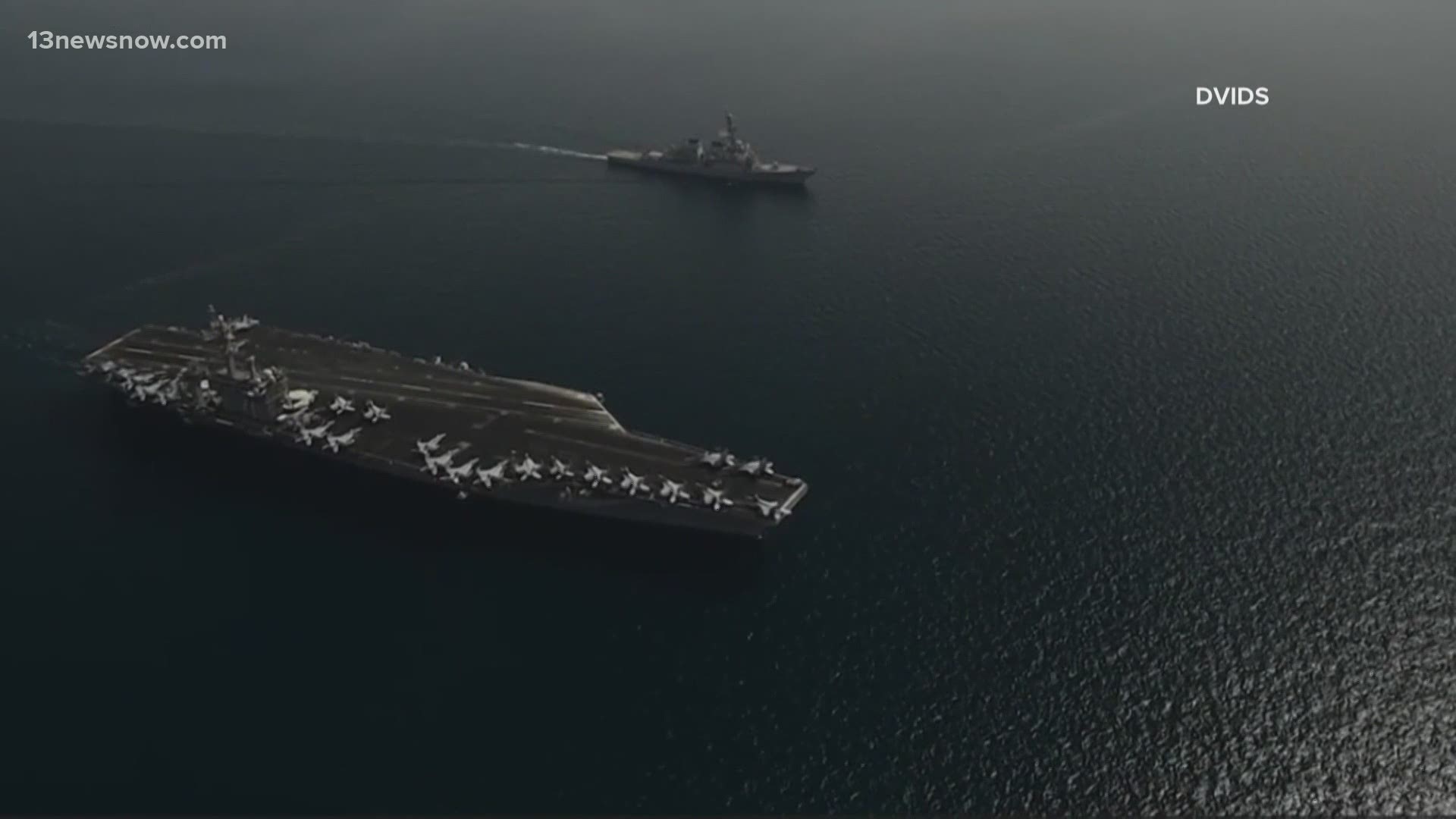 NORFOLK, Va. — The state of American military readiness is at "a critical juncture" according to the Government Accountability Office.

In a new report, the GAO studied three years -- from 2017 through 2019 -- and concludes that two decades of continuous wars have taken a heavy toll.

The agency found that readiness improved for ground forces, as the U.S. wrapped up combat missions in Iraq and Afghanistan.

But, the GAO found that for the Navy, readiness has decreased, because of the ongoing high operational tempo for ships.

"The Navy has heavily used its aircraft carriers and submarines and cruisers and so forth over the last 20 years, increasing the need for maintenance and resulting, in part, with very lengthy stays in drydocks for repairs, sometimes months longer than planned," said Diana Maurer, ‎Director, Defense Capabilities and Management, ‎US Government Accountability Office.

The GAO warns that the U.S. readiness decline comes about at exactly the same time as America's near-peer adversaries -- Russia and China -- "have greatly enhanced their military capabilities."