Minneapolis Police Lieutenant: ‘If your knee is on a person's neck, that can kill 'em’

The most senior officer in the Minneapolis Police Department saying Chauvin’s knee to George Floyd’s neck was “totally unnecessary” and “uncalled for.” 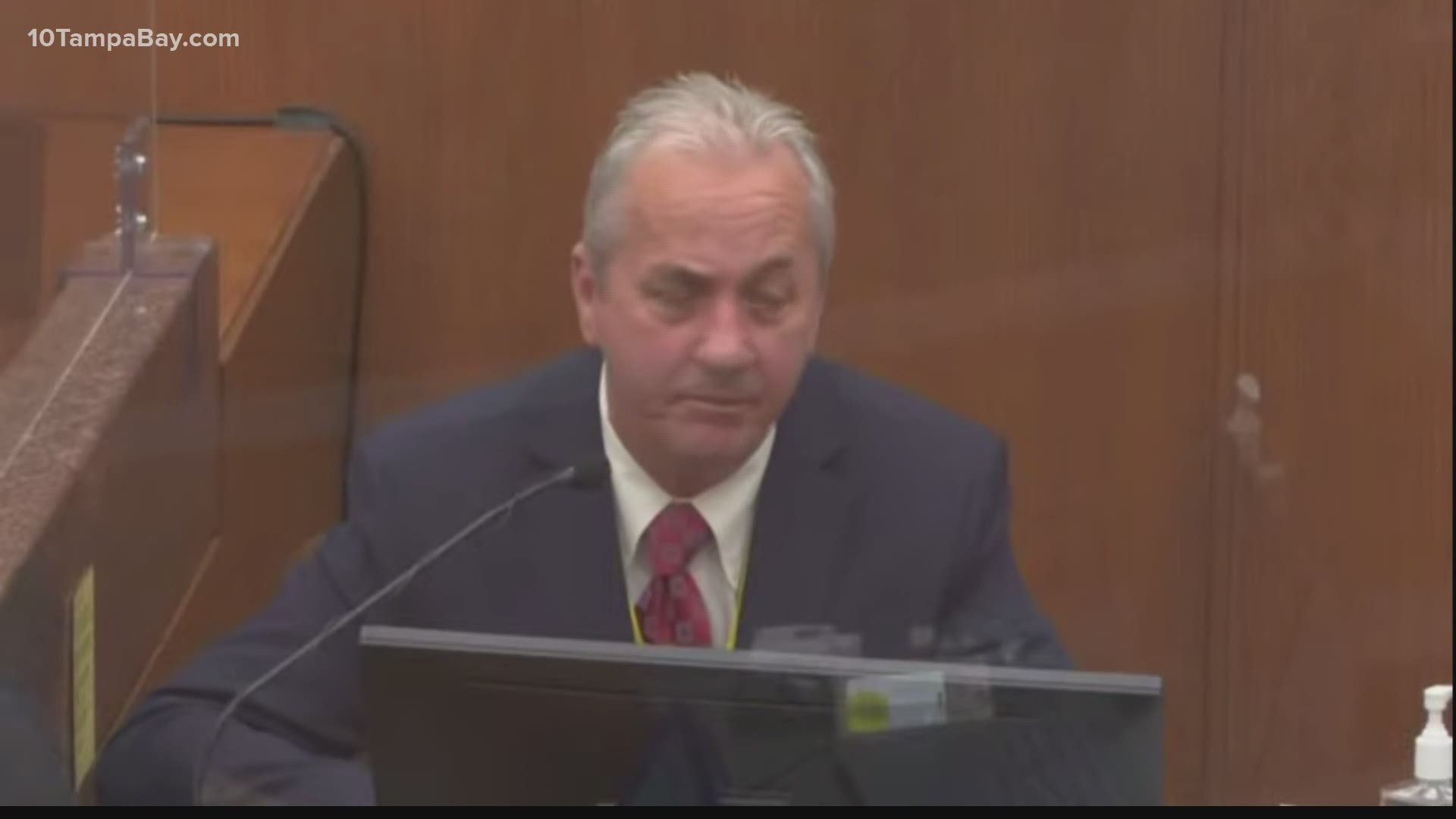 MINNEAPOLIS, Minnesota — The first week of the Derek Chauvin trial wrapped with powerful testimony from the most senior officer in the Minneapolis Police Department saying Chauvin’s knee to George Floyd’s neck was “totally unnecessary” and “uncalled for.”

Lt. Richard Zimmerman has been with MPD since 1985 and runs the homicide unit. He told prosecutors Friday he had never been trained to kneel on the neck of someone who is handcuffed behind their back and in a prone position.

When prosecutor Matthew Frank asked Lt. Zimmerman if a move like that would be considered force, he said, “that would be the top tier, the deadly force…because of the fact that if your knee is on a person’s neck, that can kill ‘em.”

Zimmerman explained being handcuffed in the prone position already restricts a suspect’s breathing, and they need to be moved from the position as soon as possible. He also said once someone is handcuffed, they’re not as much of a threat, so there isn’t a need for as much force.

“What's particularly egregious about this case is that we've all seen the video where over nine minutes or so, a man is killed in front of our eyes," said Dr. Phil Stinson.

He’s a former attorney and police officer who currently teaches in the criminal justice department at Bowling Green State University. “What was obvious to the bystanders [was] that Mr. Floyd was in distress, and yet the police officers were seemingly doing nothing to help him, and that's very troubling,” he said.

Several of those bystanders testified in week one of the trial, including an off-duty firefighter, a mixed-martial arts fighter and the teen who shot the video that made George Floyd’s death known around the world.

Chauvin’s defense team spent part of the week taking aim at the group of people who begged the former police officer to remove his knee from Floyd’s neck. Attorney and Howard University associate professor Angela Minor said she believes the defense is building an argument that this was an angry crowd interfering with police.

“It was a high, tense situation, and they're trying to paint this picture that everything they did was necessary to keep things calm, and the pressure and the force and all the actions that they did were reasonable,” she said.

However, Minor also said the prosecution is building a strong case against Chauvin with the first responder testimony and videos beyond the one that put the nation and the world on alert.

“It was so important for the prosecution to put on every single angle of testimony, every single video footage that they had,” she said. “The digital evidence is making this case…coupled with the emotional testimony, and the corroborating testimony of experts and lay witnesses.”

Testimony is expected to continue in week two.