It's the first time Congress has used its power to reject a presidential emergency order. 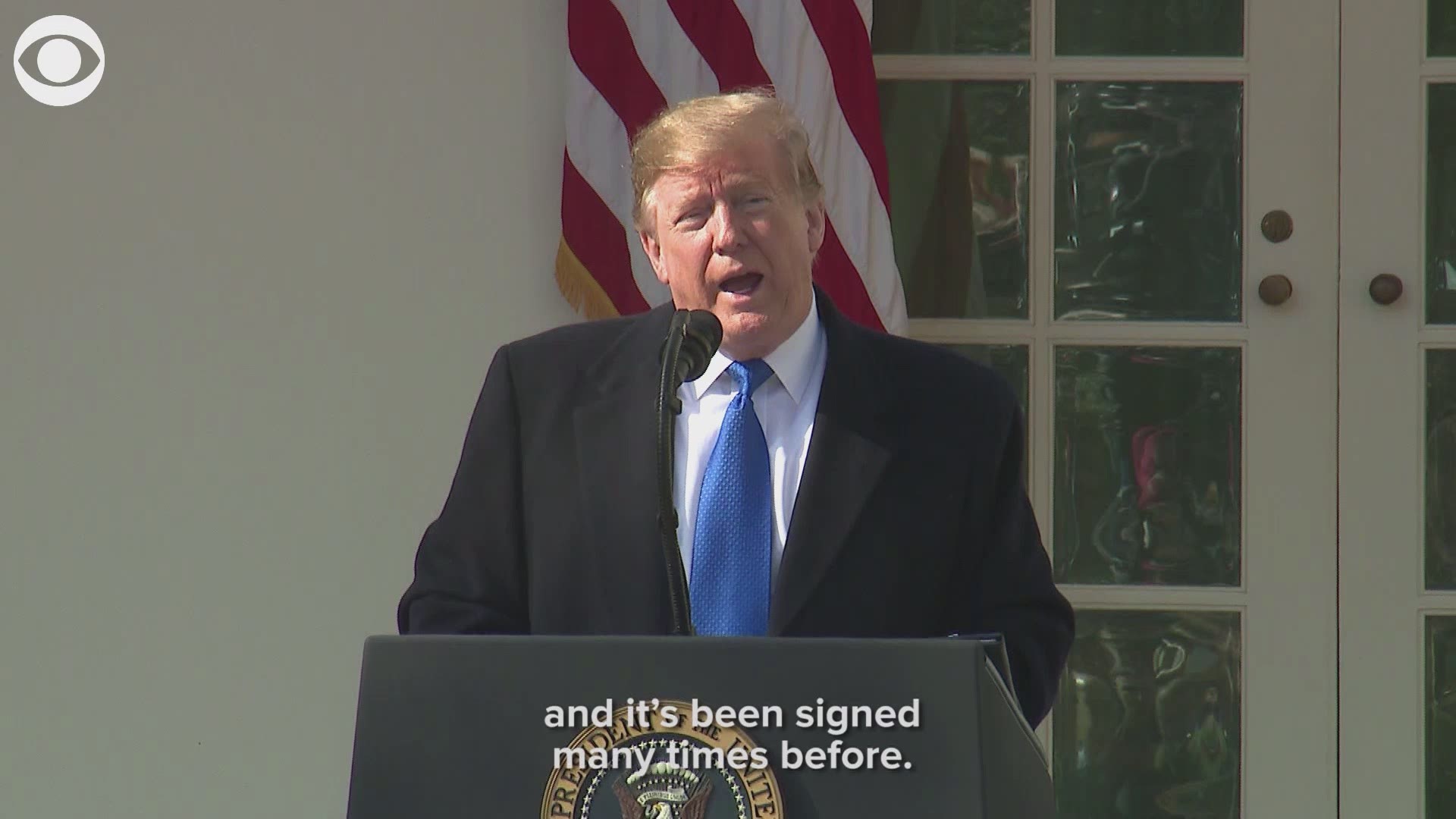 WASHINGTON — In a stunning rebuke, the Republican-controlled Senate has voted to terminate President Donald Trump's declaration of a national emergency at the U.S.-Mexico border.

The Senate voted 59-41 for a resolution to halt Trump's emergency order. Trump has promised to veto it, and it is unlikely that Congress will have the votes to override him.

Yet the vote represents a remarkable break between Trump and Senate Republicans. It's the first time Congress has used its power to reject a presidential emergency order.

Trump wants to use his declaration to steer $3.6 billion more to border barriers than lawmakers approved. He had warned Republicans to stick with him on the vote. He said doing otherwise would be siding with Democratic House Speaker Nancy Pelosi. But several Republicans defied that warning.

Trump wants to steer $3.6 billion more to border barriers than lawmakers approved. The move is also being challenged in court.