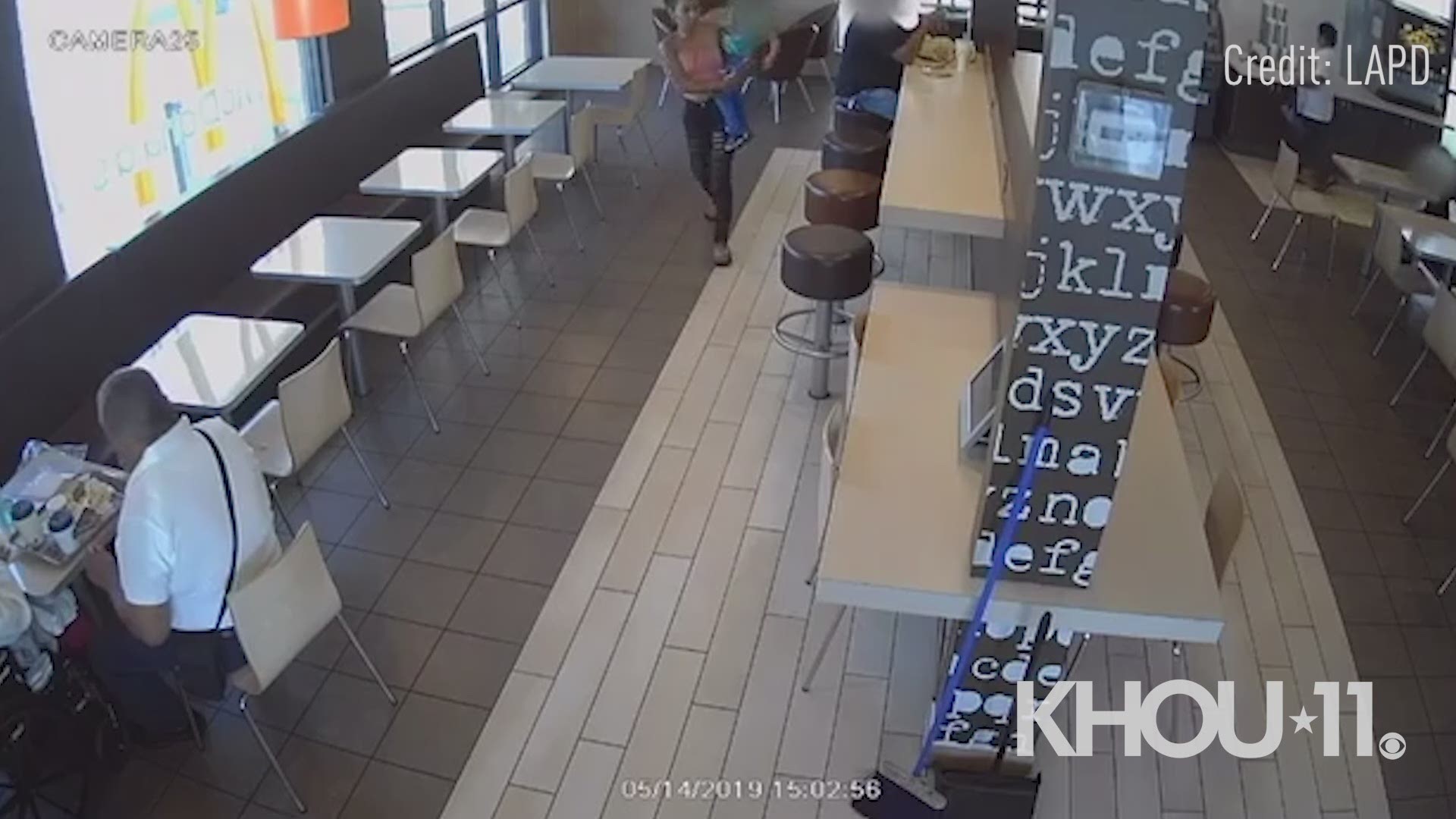 LOS ANGELES — A woman was arrested and another is on the run after two separate attempted kidnapping incidents of young boys in Los Angeles.

Both of the kidnapping attempts happened May 14 and May 15 at separate McDonald’s locations. Both victims are 4 years old. They were not harmed.

Video of one of the incidents was released Wednesday as police hope someone will be able to identify one suspect who was later arrested and identified as Maralyn Ramos. CBS L.A. reports the suspect grabbed a little boy in the restaurant but before she could get inside a car parked outside, she was stopped by a witness.

Police on Thursday released video of the second suspect in the May 15 incident where they say a woman took the boy's hand and was walking alongside a family member when she tried to take him. A witness stop the suspect who then ran away, according to police.