Cuomo says his behavior was 'misinterpreted as unwanted flirtation'

Letitia James rejected a plan announced by an aide to the governor to team up with the state’s chief judge in choosing an independent lawyer to investigate. 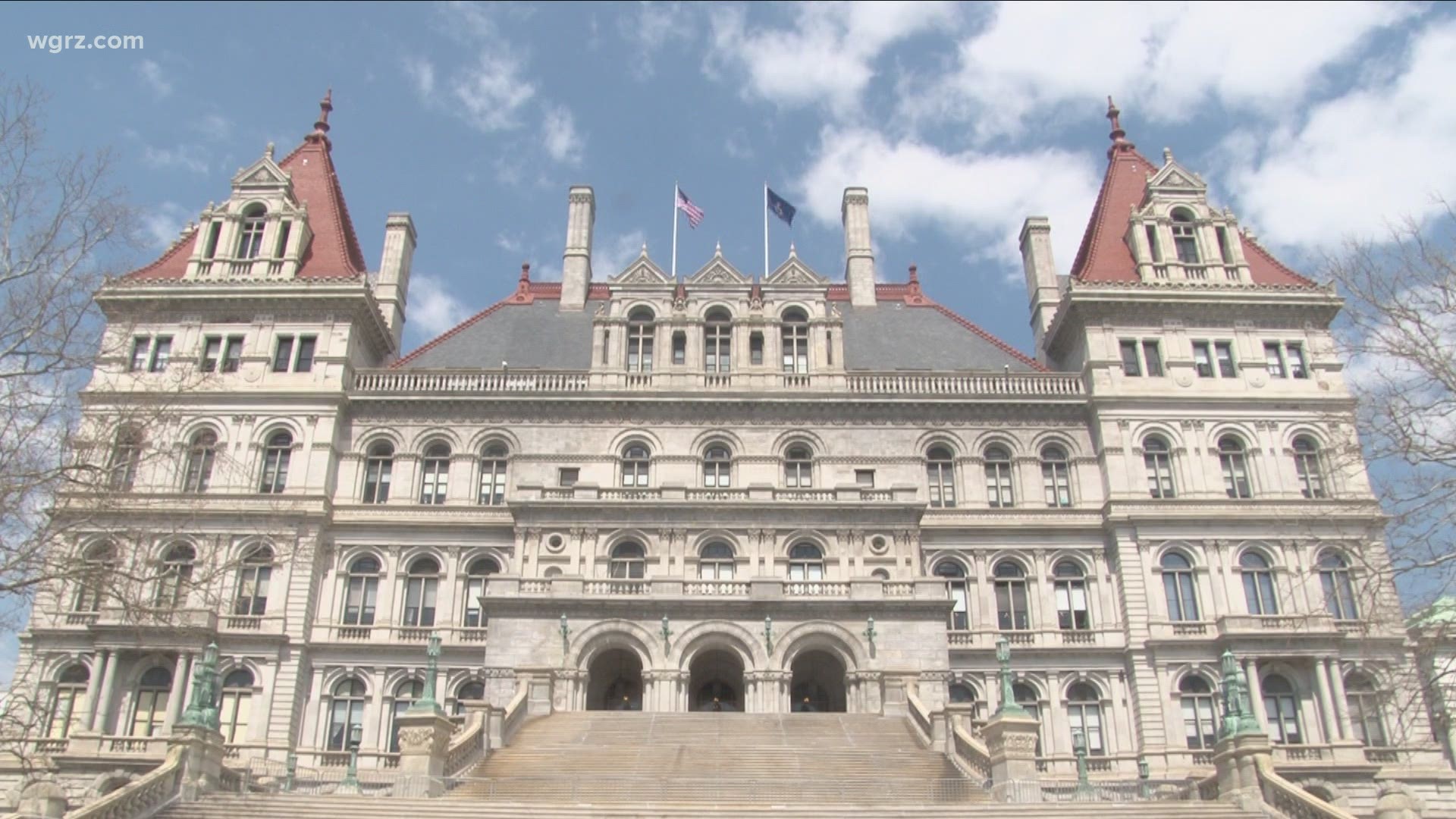 ALBANY, N.Y. — Gov. Andrew Cuomo has acknowledged for the first time that some of his behavior with women had been “misinterpreted as unwanted flirtation.”

He said Sunday he would cooperate with a sexual harassment investigation led by the state’s attorney general.

In a statement released amid mounting criticism from within his own party, the Democrat maintained that he had never inappropriately touched or propositioned anyone.

But he said he had teased people and made jokes about their personal lives in an attempt to be “playful.” He said he now understands that some of his interactions had been “insensitive or too personal.”

His statement came hours after New York Attorney General Letitia James rejected a plan announced by an aide to Gov. Andrew Cuomo to team up with the state’s chief judge in choosing an independent lawyer to investigate claims of sexual harassment against the embattled governor.

Cuomo's special counsel said his administration asked James and Janet DiFiore, chief judge of the Court of Appeals, to jointly select an independent lawyer to review the claims of sexual harassment.

But James rejected the proposal and said the job should be hers alone. The governor’s office didn’t immediately comment.

The calls for an investigation into Cuomo’s workplace behavior intensified after a second former employee of his administration went public Saturday with claims she had been harassed by the governor.

Beth Garvey, special counsel to the governor, says the Democratic governor's administration had asked James and DiFiore "to jointly select an independent and qualified lawyer" to review the allegations. Garvey says the investigator's report will be made public.

James has asked for an executive order placing her in charge of the investigation and giving her subpoena power.

"Questions have been raised about some of my past interactions with people in the office.

"I never intended to offend anyone or cause any harm. I spend most of my life at work and colleagues are often also personal friends.

"At work sometimes I think I am being playful and make jokes that I think are funny. I do, on occasion, tease people in what I think is a good natured way. I do it in public and in private. You have seen me do it at briefings hundreds of times. I have teased people about their personal lives, their relationships, about getting married or not getting married. I mean no offense and only attempt to add some levity and banter to what is a very serious business.

"I now understand that my interactions may have been insensitive or too personal and that some of my comments, given my position, made others feel in ways I never intended. I acknowledge some of the things I have said have been misinterpreted as an unwanted flirtation. To the extent anyone felt that way, I am truly sorry about that.

"That's why I have asked for an outside, independent review that looks at these allegations.

"Separately, my office has heard anecdotally that some people have reached out to Ms. Bennett to express displeasure about her coming forward. My message to anyone doing that is you have misjudged what matters to me and my administration and you should stop now - period."

James released a statement Sunday about the investigation:

“Allegations of sexual harassment should always be taken seriously. There must be a truly independent investigation to thoroughly review these troubling allegations against the governor, and I stand ready to oversee that investigation and make any appointments necessary. Given state law, this can only be accomplished through an official referral from the governor’s office based on State Law (§ 63-8) and must include subpoena power. I urge the governor to make this referral immediately.”

"We will leave all decisions concerning the investigation to be made in the discretion of the independent counsel selected by the Attorney General and Chief Judge."

“These allegations are serious and deeply concerning. As requested by Attorney General James, the matter should be referred to her office so that she can conduct a transparent, independent and thorough investigation with subpoena power.”